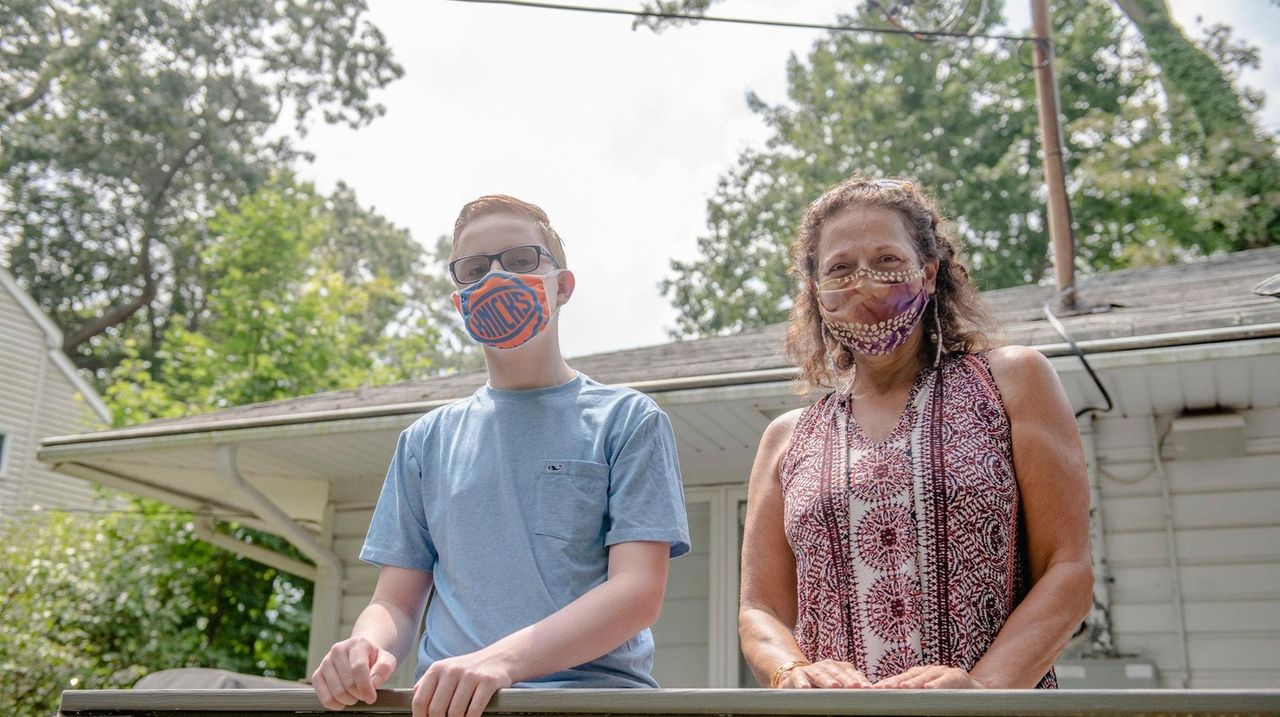 Clara Pomerantz, an East Hills Village trustee and a pre-school teacher, spoke to Newsday on Wednesday about how she is helping to connect teenagers with nursing home residents to fight the social isolation brought on by the coronavirus pandemic. Credit: Johnny Milano

When Steven Schwartz heard of writing letters to seniors in nursing homes as a pen pal, he thought of an uncle on the autism spectrum who lives in a group home.

“For months, we weren’t able to see him,” said Schwartz, 14. “I could only imagine how hard it must have been for certain people to be contained like that for months. So I felt like the least I can do is to reach out through a pen pal program.”

Schwartz, who lives in Roslyn, is one of about 60 students participating in a pen pal program created by Clara Pomerantz, an East Hills Village trustee and a preschool teacher. Her goal was to connect children and teenagers — plus interested adults — with nursing home residents to fight the social isolation brought on by the coronavirus pandemic.

The letter exchange via email was born out of Pomerantz’s “Made You Smile!” program, which has allowed children to send cards and pictures electronically to nursing homes since April.

“When the pandemic started to get worse, I wanted to make it a little more personal,” said Pomerantz, who added the pen pal service in June.

With the help of Zach Gerson, 15, Pomerantz has facilitated hundreds of letters in which the correspondents discussed their hobbies, childhoods and the pandemic.

“I can’t imagine what it is like to be living in a nursing home during these tough times. How have you been coping?” Lucas Weisser wrote last month to Angela Miller, a resident at Townhouse Center for Rehabilitation and Nursing in Uniondale. “My school stopped in March. It was online from March until June when school ended. Since then I have not had much to do.”

With the help of staffers, Miller, 62, wrote back Tuesday on an iPad that she had to help keep herself busy since March. She told Weisser she loves music and dancing in her chair. The sports fan roots for the NFL’s New Orleans Saints, NASCAR driver Kyle Busch and the New York Yankees.

“I thought it was cool that she liked sports because I also like sports,” said Weisser, 14, of Roslyn, adding that he plans to write back to tell Miller that he’s also a Yankees fan.

Stephanie Datys, director of therapeutic recreation at Townhouse, which has seven residents participating in the program, said the letters make the recipients feel special and serve as a link to the outside world.

In mid-June, Sloane Simon, 14, of East Hills, felt like she was trapped at home. She had just finished eighth grade at her school in Roslyn. Weeks earlier she learned the summer camp in Massachusetts she had attended for seven years was canceled.

Simon said she was disappointed, bored and missed her friends. Then she heard about the pen pal program from her mother, Stacey, and wrote her first letter June 21.

“It’s something I look forward to,” Simon said. “It makes me feel happy that I can make someone else feel happy and uplifted, especially during these times when they are isolated.”