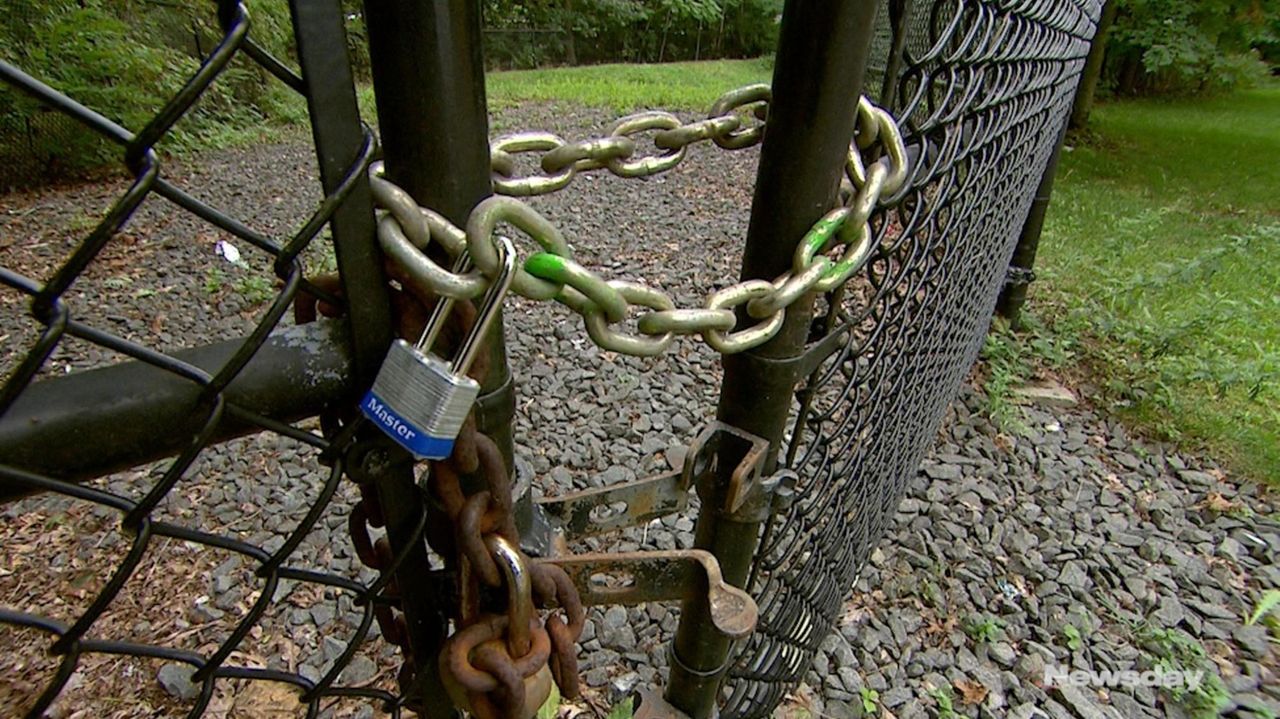 Det. Gary Rogers of the Nassau County SPCA announced a $5,000 reward for information after the bodies of seven pit bulls were dumped in garbage bags in a sump in Hempstead on Thursday.  Credit: News 12 Long Island

The bodies of seven dogs, each in a black trash bag, were dumped in a sump in Hempstead, the Nassau County SPCA said Thursday in offering a $5,000 reward to solve the case.

How they died is a mystery because no signs of dog fighting and other maladies were apparent on the dogs, all light brown brindle pit bulls, said Gary Rogers, president of the Nassau County Society for the Prevention of Cruelty to Animals.

The SPCA, State Police and the Nassau district attorney's office treated the state transportation sump on Dietz Street, near South Franklin Street and the Southern State Parkway, as a crime scene after a pedestrian noticed the pile of bags through the fence on Wednesday, authorities said.

He said even investigators with years of experience in animal cruelty cases were shaken by the sight — four female and two male adult dogs and a male puppy that was about 3 months old.

"Why was someone cruel to them?" Rogers said. "Sometimes pit bulls have bad raps, but every  breed of dog bites somebody. They want to bond."

Authorities are worried not just because animal abusers often abuse people, but because the dumping creates a public health problem. They plan to canvas the area for surveillance video and hope someone saw something.

"If it was an accident, tell us what happened," the SPCA president said. "But throwing them over the fence and leaving them in a sump area is also a health hazard."

Investigators believe the dogs died recently and were dumped together. Rogers said he expected necropsies to provide clues into how the dogs died.

"You don't have seven animals die at the same time," he said.

Investigators ask anyone with information to call the Nassau district attorney's tip line, 516-571-775, or the SPCA, 516-THE-SPCA.