Pablo Villavicencio at his Hempstead home with his wife, Sandra Chica, and daughters Antonia and Luciana on July 25. Credit: Howard Schnapp

The government on Friday dropped a just-filed appeal of a court order that freed Hempstead pizza delivery man Pablo Villavicencio, lifting for now the threat of deportation for immigration violations while he seeks legal status.

“I am so happy right now,” Villavicencio said in a brief phone interview Friday.

The case of Villavicencio, 35, a married father of two from Ecuador who the government said illegally entered the United States in 2008, became a focus of controversy this year when he was detained while delivering a pizza at Fort Hamilton in Brooklyn.

Villavicencio, who was not permitted to work since his detention this summer, said he had been spending time with his two young daughters. 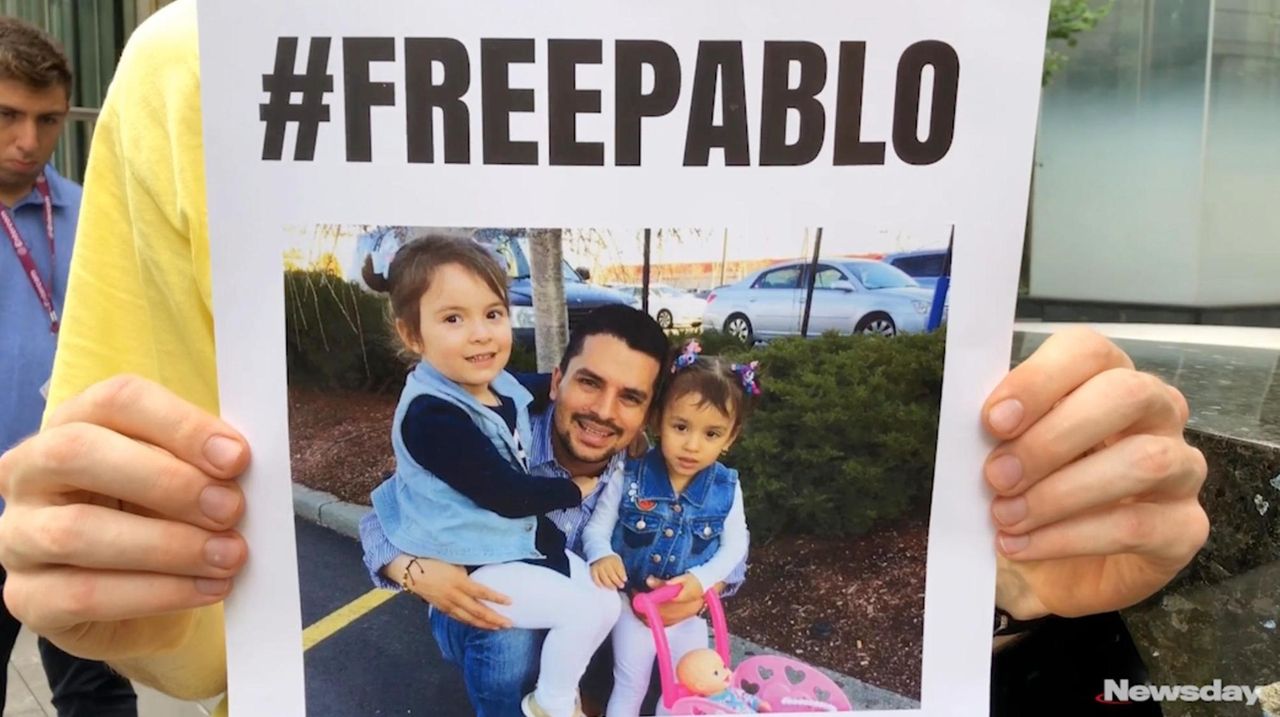 Although he signed an agreement to leave the United States in 2010, Manhattan U.S. District Judge Paul Crotty in July ordered him freed from a New Jersey detention center and reunited with his family while he continues efforts to legalize his status based on his marriage to a U.S. citizen.

Federal officials filed a notice of appeal of that ruling at the deadline for appeals on Wednesday, but withdrew it “with prejudice” on Friday, assuring him that he’ll be able to stay in the United States until his efforts to get legal status are resolved.

The Legal Aid Society, which represented Villavicencio, withdrew a request to recover legal fees in the case from the government on Thursday.

“We are glad that today the Federal Government fully withdrew their challenge to Mr. Villavicencio’s hard-won release from immigration detention and his opportunity to pursue lawful status,” the group said in a statement.

The office of U.S. Attorney Geoffrey Berman declined to comment.