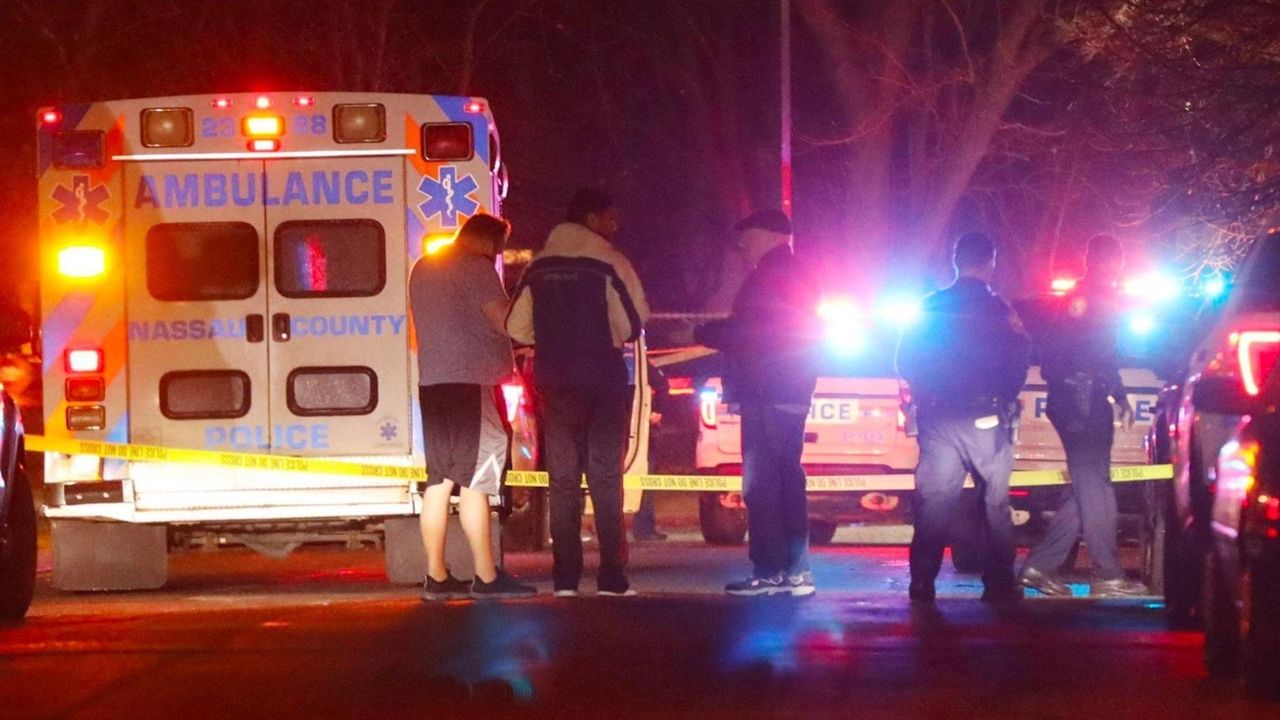 A 27-year-old man was fatally shot as he sat in a sport utility vehicle in Plainview late Tuesday afternoon in what Nassau police described as a targeted attack. Credit: News 12 Long Island

Nassau County police on Wednesday identified the man fatally shot late Tuesday afternoon in a Plainview neighborhood as Justin Gottlieb, 27, but have not disclosed a possible motive for what they previously described as a targeted attack.

The shooting happened just after 5:30 p.m. on Margaret Drive East, near Gerhard Road, said Nassau police Det. Lt. Stephen Fitzpatrick at the scene on Tuesday. Gottlieb, of Plainview, was sitting in a sport utility vehicle at the time.

“We don’t believe this to be a random incident," Fitzpatrick said. "We believe it to be a targeted incident.”

The victim was parked on Margaret Drive East in a red SUV at the time of the shooting, said Fitzpatrick, commander of the Nassau police homicide squad. “Another vehicle pulled up, and shots rang out striking this victim in the red SUV," Fitzpatrick said. "As you see, this is only one way in here, and one way out. So it’s not … like that is by chance.”

Fitzpatrick said the victim was pronounced dead at a hospital about 6:41 p.m. Tuesday.

The assailant's vehicle is believed to be light-colored, Fitzpatrick said, but detectives were in the early stages of their investigation.

Detectives were combing through “various videos in the neighborhood” for clues.

“We are still looking at our victim to see who he is, who would have a grudge against him or what kind of activities he might be involved in,” Fitzpatrick said.

The shooting startled residents who said the violence and a sudden heavy police presence on their usually quiet block and surrounding streets was jarring.

Castellon said he was returning to his home on Karen Avenue about 8 p.m. Tuesday with his wife and daughter. The three were denied entry into their home because of the ongoing police investigation nearby, he said.

Margaret Drive East is shaped in a circle that turns into Karen Avenue.

Castellon said investigators would not tell his family what happened, but he was startled by the sight of several Nassau police vehicles nearby.

His daughter, Stacy Baquedano, described herself as lucky to not be home at the time of the shooting. She said a nearby park is a magnet for children.

“There are always a lot of kids in that park,” Baquedano said.