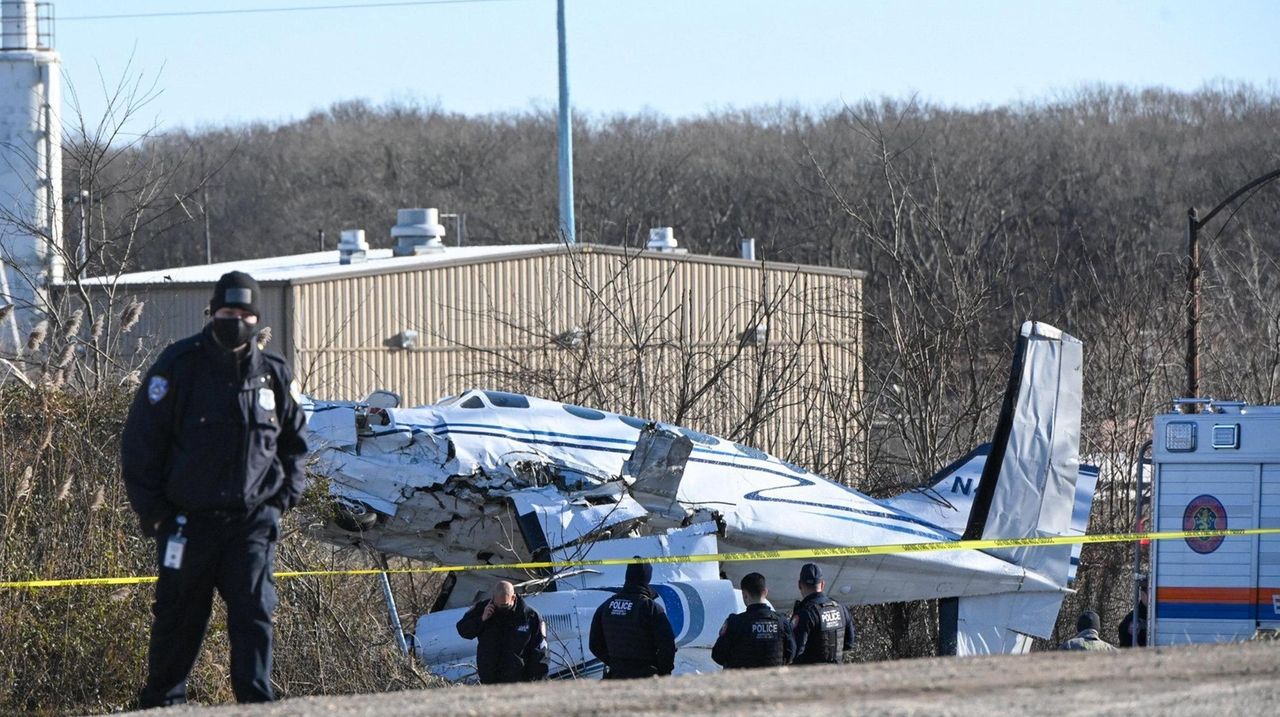 A pilot crash-landed in a small plane Sunday afternoon in Old Bethpage, narrowly avoiding an abandoned trash building about 50 yards away, according to the Oyster Bay town supervisor.

Only the pilot, 57, was aboard, and he sustained serious injuries but was conscious when rescuers reached him, the supervisor, Joseph Saladino, said at a news conference nearby.

The crash, of a twin-propeller Cessna plane that struck a fence, was just before 1:05 p.m., Saladino said.

The plane is registered to a company called 850 Atlantic Collision Inc., on Blake Avenue in Brooklyn, according to the Federal Aviation Administration's online registry.

The chief executive of that company is Marc Capus, according to state incorporation records.

Saladino said the flight is believed to have originated somewhere in Connecticut, and the pilot was from Bridgeport, but Capus' wife, Cinzia, told Newsday in a brief interview late Sunday afternoon that the family is from Bellmore.

She said that her husband, who flies recreationally, was in surgery, and that she had gotten a call while in church about the crash.

The fence that the plane went into — near Sweet Hollow and Winding roads — absorbed some of the crash impact, Saladino said.

The pilot was taken to Nassau University Medical Center in East Meadow, according to Saladino, who said the plane seats between 6 and 8 people.

Patrick Ryder, the Nassau County police commissioner, said the pilot was extricated by a retired emergency services cop who happened to be nearby.

"He was one of the first on the scene," Ryder said. "He saw the plane sputtering when it went down. He was able to get in and remove the man from the seat and get him to calm down."

A police news release about the crash said the plane was leaking fuel.

The former trash building is on a 135-acre town complex that includes a 40,000-square-foot solid-waste transfer station; a landfill gas collection system; a facility to weigh garbage and recyclables; a treatment facility for water that flows through municipal waste; and a vehicle maintenance garage, offices; and two incinerators that are not in use, according to a November article in Newsday.