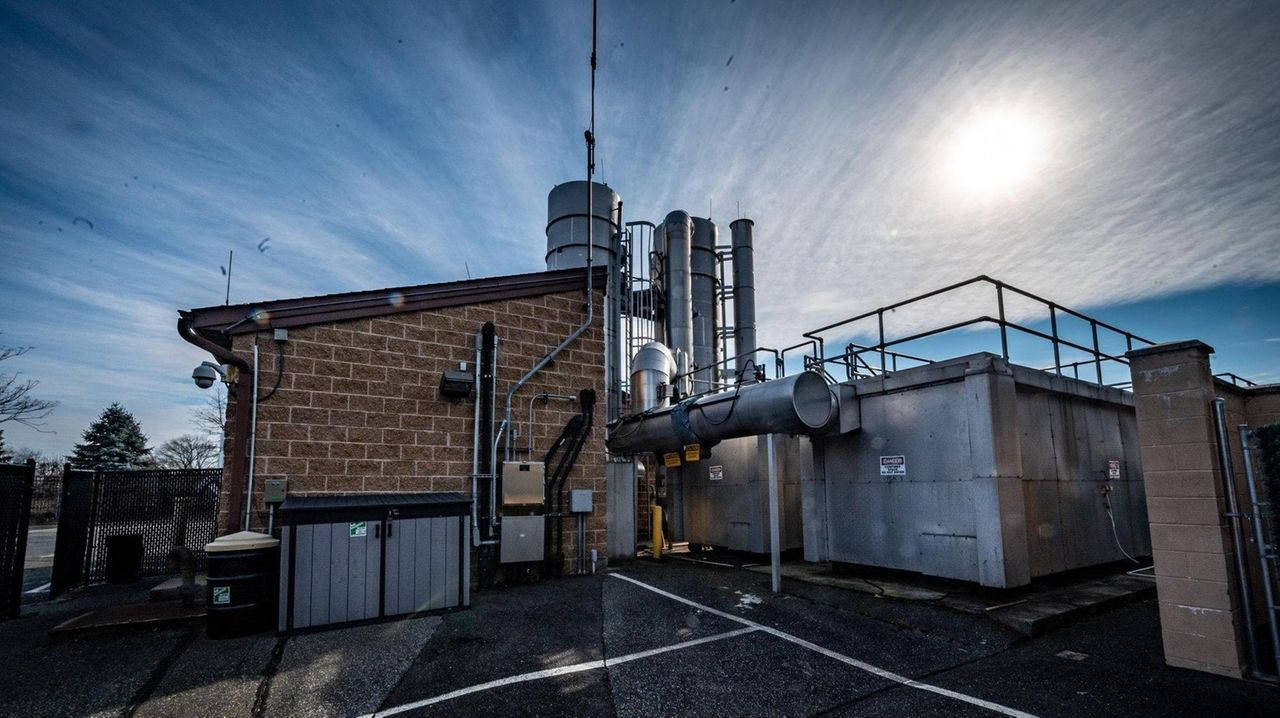 A groundwater plume spanning 900 acres in North Hempstead has been 70% cleaned up by Lockheed Martin, but remediation will continue for at least two more decades. Newsday's Cecilia Dowd and Dandan Zou have the story. Credit: Howard Schnapp

Lockheed Martin has cleaned up 70% of the contaminant mass in a groundwater plume spanning 900 acres in North Hempstead but said remediation will continue for at least two more decades.

The groundwater plume originated from a 94-acre Lake Success facility on Marcus Avenue where chemicals used for manufacturing were dumped in dry wells for decades. It has spread northwestward to affect some wells in the Manhasset-Lakeville Water District and the Water Authority of Great Neck North.

"In 2044, we will still be remediating this plume," Glenda Clark, project lead of environmental remediation at Lockheed Martin, said last week in an interview, referring to the 30-year cleanup projection in a 2014 record of decision issued by the state Department of Environmental Conservation.

"There will still be groundwater plume — much smaller, of course, at that point in time," Clark said. "Lockheed Martin is in this for the long haul. We are committed to cleaning up this plume."

Lockheed Martin would not specify the breakdown of cleanup costs but did say that the price tag of remediation over the lifetimeof the project is estimated to be several hundred million dollars.

Contaminants include volatile organic compounds such as trichloroethylene (TCE), commonly found in solvents and some degreasers; tetrachloroethylene (PCE), often found in dry cleaning chemicals; and 1,2- dichloroethylene (DCE), used in the manufacture of perfumes and lacquers.

Lockheed Martin inherited the cleanup responsibility after the company bought the former Unisys site in 1996. Since 1993, more than 10 billion gallons of groundwater have been treated through its two pump-and-treat systems, Clark said.

The cleanup plan that will go on beyond 2044 was deemed "unacceptable" by Laura Weinberg, president of Great Neck Breast Cancer Coalition, one of the community groups that organized a virtual forum Jan. 14.

Clark said the public has no risk of exposure to the contaminated groundwater that is 100 to 400 feet underground.

The area has no private wells, and public drinking water delivered to households has already been treated by the two water purveyors, Clark said. Lockheed Martin reimburses both water districts for plume treatment costs under a 2013 agreement, she added.

Even so, water advocates said groundwater is the public’s water and needs to be protected so the public can use it as drinking water.

"They are saying the public has no exposure today. But we don’t know when new wells will be drilled in the future," said Adrienne Esposito, executive director of Citizens Campaign for the Environment. Also, "the groundwater moves. … The contaminant travels."

"The sampling is the key to having a successful remediation plan," she said. "If these chemicals are not specially treated for, they would be then pumped back into the aquifer, re-polluting it."

After the public forum earlier this month, DEC spokeswoman Maureen Wren wrote in a statement that the department has directed Lockheed Martin to "monitor for 1,4-dioxane" and "provide a workplan for review and approval in order to further evaluate PFOA and PFOS."

PFOS — found in firefighting foams — and PFOA — used in nonstick and stain-resistant products — are part of a class of chemicals known as perfluorinated compounds that have been linked to reproductive, endocrine and other health impacts.

2:15 Cuomo: NY pushing toward reopening, agreeing to limit COVID-19 powers
Alzheimer's Association hosting free virtual seminar on legal, financial planning
2:29 Looking back one year, 'I see that I am one of the lucky ones'
Third COVID-19 vaccine arriving in NY as soon as today
Wantagh High closed after new virus cases surface
Suffolk lawmakers approve new aquaculture leases, rules
Didn’t find what you were looking for?