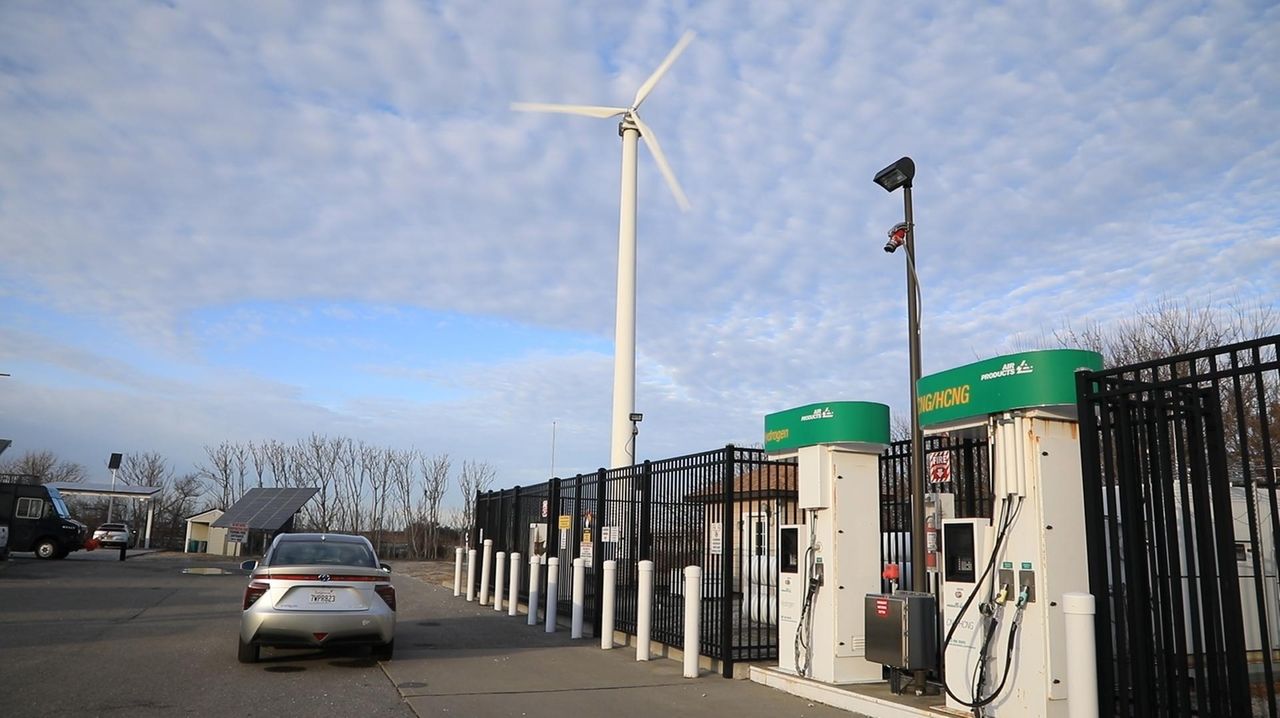 A $250,000 state grant will allow the Town of Hempstead to upgrade its hydrogen fueling facility in Point Lookout to keep up with the latest technology in clean energy and zero-emissions cars.

The town board approved the Department of Environmental Conservation grant during its Jan. 23 meeting and will soon open the competitive procurement process and put out a request for proposals. Construction is expected to be completed within a year.

“I think it’s important that we’re on the cutting edge of the clean energy boom,” Supervisor Laura Gillen said. “I think we can be a model for other towns as well.”

The Point Lookout station uses a wind turbine to generate electricity that creates hydrogen, according to conservation biologist Tara Schneider-Moran, who works in the town’s Department of Conservation and Waterways. Equipment called an electrolyzer, using the electricity from the wind turbine, splits water molecules into hydrogen and oxygen through a process known as electrolysis, she said.

The facility was commissioned in 2009 when zero-emissions vehicles were prototypes. As the vehicles begin to hit the consumer market, the town’s station needs upgrades to its equipment and software in light of new advances, Schneider-Moran said.

The grant still needs approval from the state attorney general and comptroller’s offices, which state officials said will probably happen in the next few weeks.

“Getting funding like this allows us to be a little innovative, think a little outside the box,” Schneider-Moran said.

Gillen said her goal is to plan for the future and reduce dependence on imported fuels, as well as be more environmentally friendly in town government. The hydrogen station is currently for municipal use only but she said it could eventually be open to town residents who drive hydrogen-fueled vehicles.

Councilwoman Erin King Sweeney, whose district includes Point Lookout, said school and community groups are often curious about the facility’s wind turbine and can receive tours of the station. The town has received other state grants for conservation and environmental protection.

“The Town of Hempstead has always been a leader in protecting our environment,” she said.

The Town of Hempstead has received a $250,000 grant from the state Department of Environmental Conservation to upgrade its hydrogen fueling station in Point Lookout.