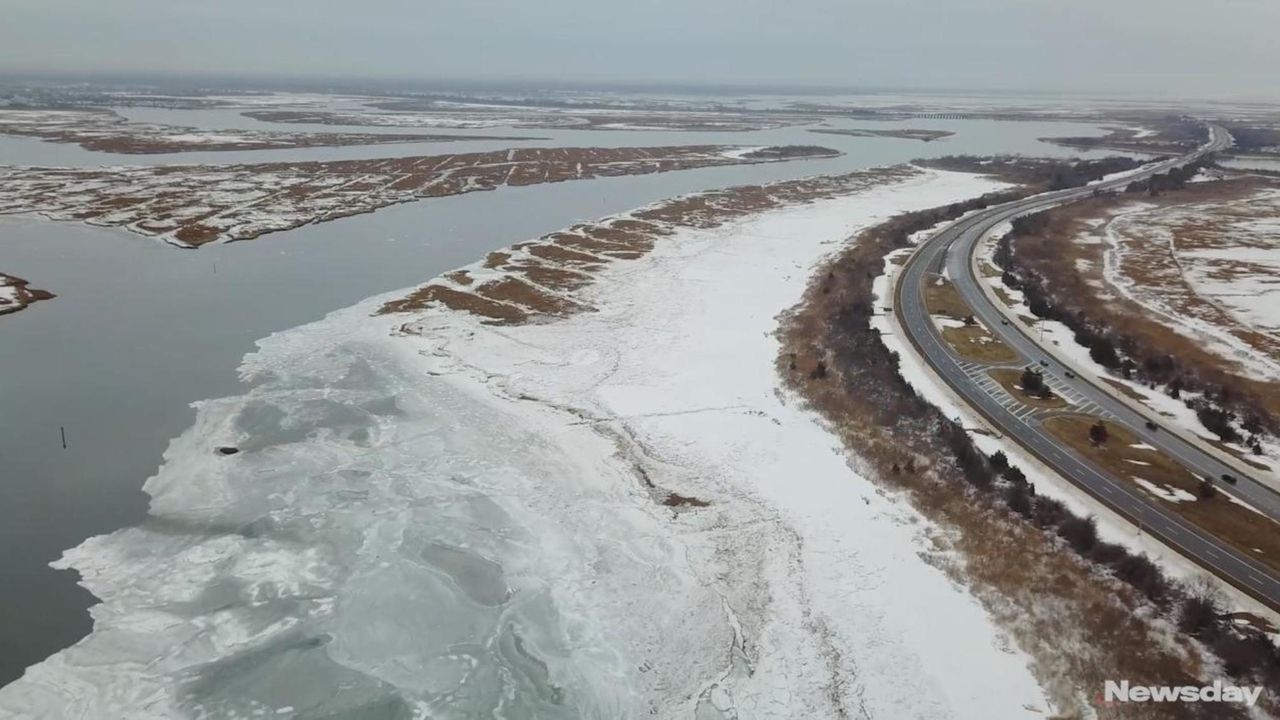 Hempstead Town officials are asking the state to expedite permits for dredging waterways off Point Lookout to clear channels for boaters and to restore marshlands to protect from storm surges after superstorm Sandy.

Councilwoman Erin King Sweeney, Supervisor Laura Gillen and Councilman Anthony D’Esposito called Thursday on the state Department of Environmental Conservation to approve the dredging so that town workers may dredge waterways such as Sea Dog Creek before the summer’s recreational boating season and before the next hurricane season.

“It’s been going on for the last hundred years or so, where we’ve been experiencing a tremendous amount of erosion,” King Sweeney said. “Since the 1950s, about half of our area is now gone. What we need to do is dredge the area and put the material back on the marshland to prevent further beach erosion.”

The project cannot commence without a state permit.

“The DEC received an application for this project and continues to stand ready to work with the town to ensure a complete application is submitted that protects public health and the environment,” DEC officials said Thursday.

The waterways spanning from Reynolds Channel in Island Park to Point Lookout have become clogged with debris, particularly after superstorm Sandy, and have become difficult or dangerous for boaters to navigate.

Gillen said the town’s waters have submerged sandbars, and the clogged waterways threaten homes during storms and high tide.

Waters have shallowed 3 to 5 feet from East Rockaway to the Great South Bay, she said.

After superstorm Sandy, the geography underneath the waters changed substantially, Gillen said at the town’s Point Lookout marina. “Every time we reach high tide in our bay, the water has less space to occupy, thus threatening our homes everywhere, not just where we stand right now.”

Town officials were joined Thursday with residents and boaters who said they sometimes can’t leave marinas except at high tide out of fear of running aground. Boaters said there is also a risk at high tide due to unseen debris on marshes. Sandbars pose a hazard to boaters and commercial fishermen, Gillen said.

“Anyone who grew up on the water over the past decade knows there’s less room for waters to go in our waterway and high-tide water creeps closer to our bulkheads,” D’Esposito said. “Where our waterways play such an important economic role, it’s the reason people chose to live, work and raise a family here.”

1:25
Doctors disagree on whether Cuomo's decision to lift restrictions is wise
1:19
Students organize rally against anti-Asian crimes
3:19
No criminal charges for many drivers in crashes that kill pedestrians, bicyclists
2:22
Long Island towns and cities getting into the weeds on NY marijuana law
Comptroller: Long Beach relying on 'one shot revenues' to balance budget
1:10
Couple seeks cure for 2-year-old with rare disease
Didn’t find what you were looking for?