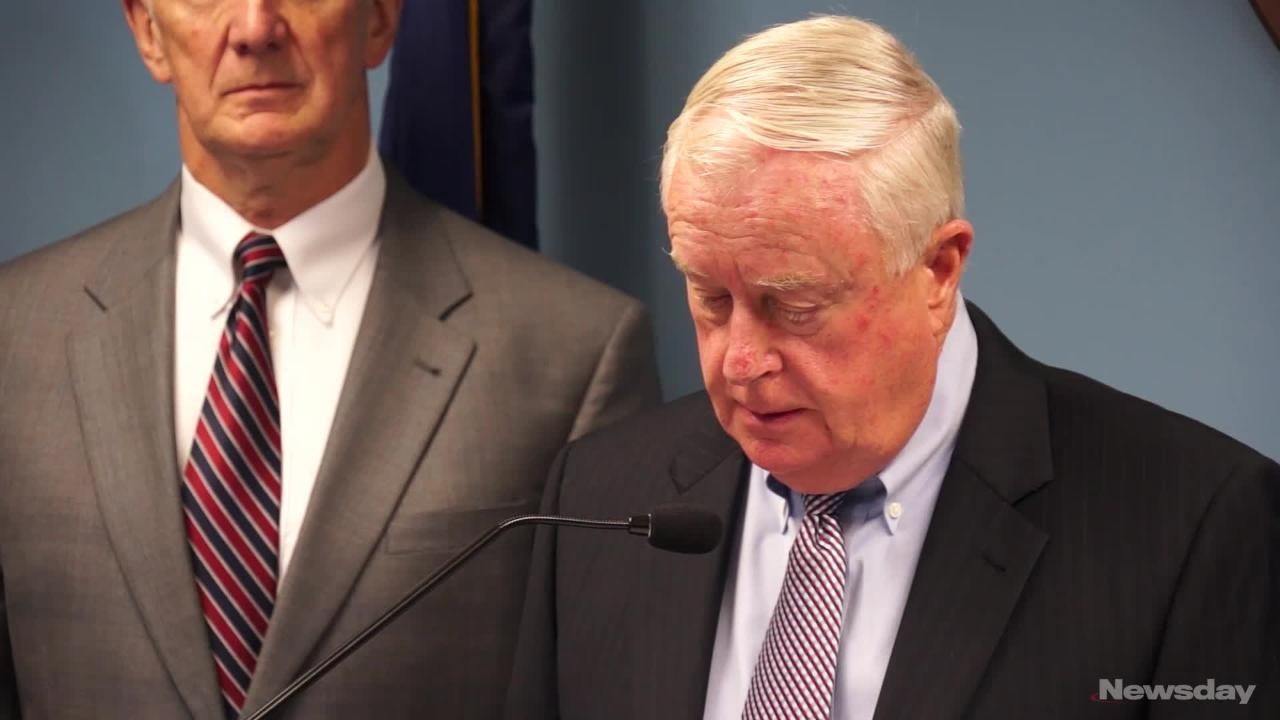 Investigators were able to zero in on the Manorville man accused of killing two women almost 20 years ago through what Suffolk County District Attorney Thomas Spota called the "miracle of modern DNA" science.

And although Spota would not elaborate on what type of DNA links the killings to the suspect, sources familiar with the case said semen found on both victims matched each other. But there was no one to link it to at the time until the suspect's brother was convicted of criminal contempt charges and had to submit DNA to the state last summer. The DNA was entered the New York State DNA Databank.

That's how forensic scientists from the Suffolk County Crime lab learned that the suspect's brother "was not the killer but a blood relative" of the killer, said Spota.

The databank started in August 1996 is part of the national Combined DNA Index System, also known as CODIS.

CODIS provides for the sharing of DNA information among local, state and national databases.

Investigators had known for years that both of the killings were linked, said a source, because both women were strangled and suffered blunt force trauma to the head and had been left as Spota described "uniquely positioned." And both had the same biological evidence found on and near them but at the time of the discovery of their bodies the parameters of collecting DNA evidence were not as wide as they are today.

When the state database was established in 1996, DNA samples were collected from those convicted of homicide and certain sex-related offenses, according to the New York State Division of Criminal Justice Services website.

The parameters of collecting DNA evidence have expanded five times since then, with the latest taking effect in August 1, 2012.

DNA is now collected from all those who are convicted of felonies and misdemeanor crimes. Spota said the expansion helped solved the case.

It's not clear if John Bittrolff a 48-year-old carpenter from Manorville was a customer of the women who Spota described as prostitutes. He now faces two counts of second degree murder.

Cops used garbage, cigarettes to get DNASuffolk investigators took 11 months to piece together DNA evidence linking two women killed 20 ... DNA links LI man to cold-case murders of 2 womenA Manorville carpenter is accused in the murder of two LI women in the 1990s. To his neighbors, suspect was a 'good guy' who liked to hunt and 'knew everybody'Neighbors know John Bittrolff as a friendly, regular guy, a devoted father of two boys ... Rita Tangredi's, Colleen McNamee's families never gave up hopeRita Tangredi and Colleen McNamee were both discovered beaten and strangled a little less than ...