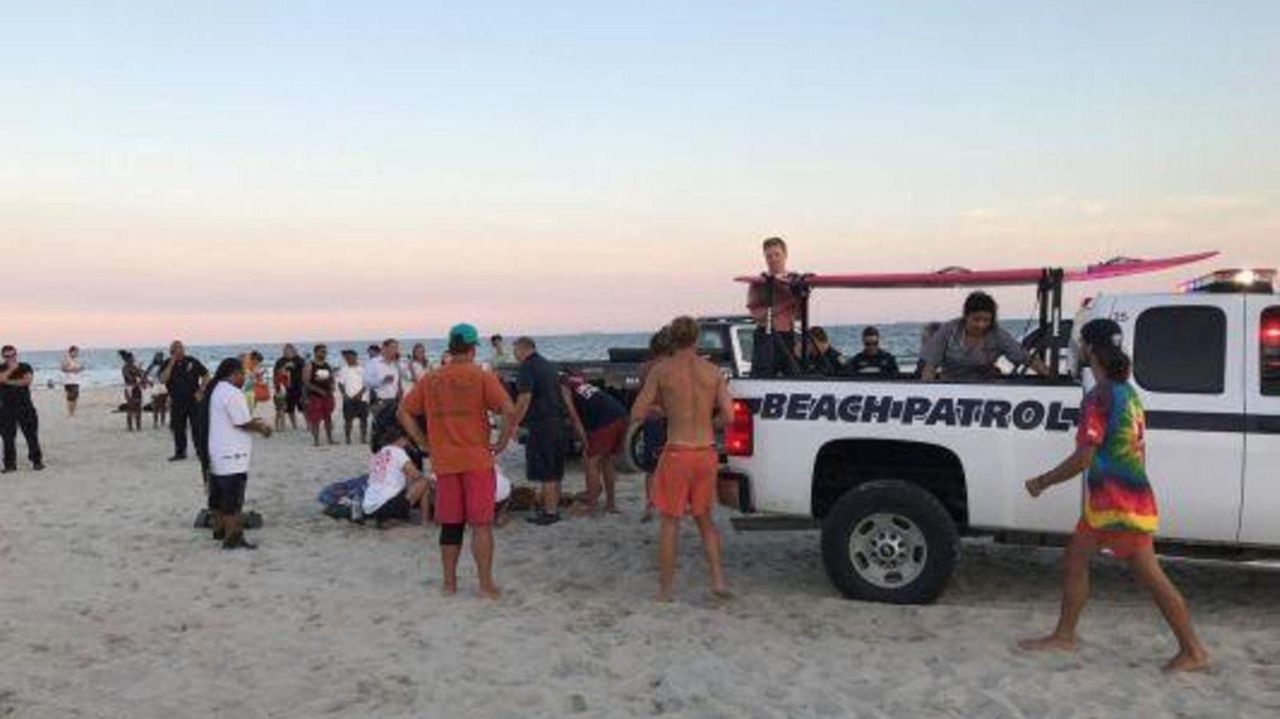 Two people were taken to a hospital after a Long Beach police vehicle hit them on the beach Sunday night, July 16, 2017. Credit: Jim Staubitser

Two people were transported to the hospital after a Long Beach police vehicle apparently hit them on the beach Sunday night, police said.

Long Beach Police Commissioner Michael Tangney said the incident occurred at about 8 p.m. Sunday when a vehicle driven by a veteran officer on beach patrol came into contact with the pair — a man and woman in their 50s.

“At this point, we do not have confirmation that they were run over or struck, but there was alleged contact between a police vehicle and the two aided,” Tangney said. “Both victims are alert, conscious and have full use of their extremities. At this point, none of the injuries appear to be very serious.”

The victims were taken to South Nassau Communities Hospital in Oceanside, Tangney said, and their relationship was not immediately known.

The officer was also transported to the hospital for what Tangney described as “trauma.” The commissioner said he was unsure of the kind of vehicle the officer was driving, but it could have been an all-terrain vehicle or an SUV.

“I am very hopeful that this will only entail minor injuries and that everyone is fine going forward,” said Tangney.