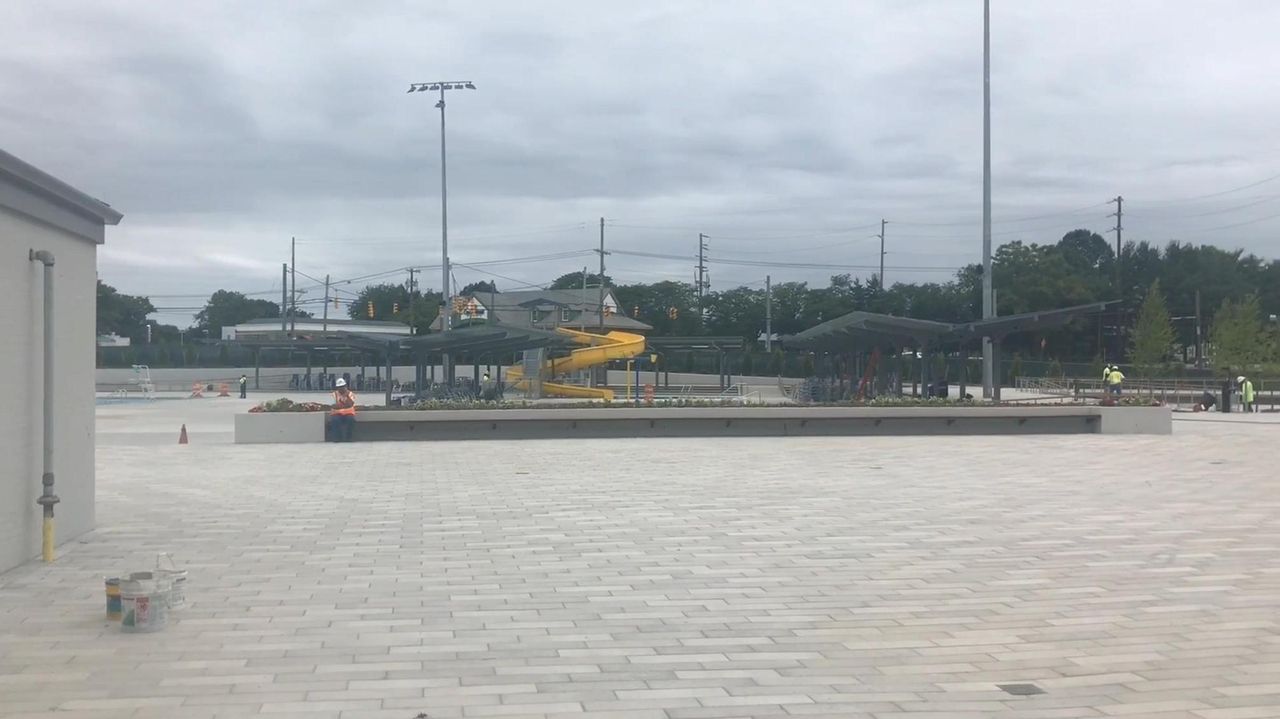 Town of North Hempstead Supervisor Judi Bosworth discussed on Wednesday the history of the Clinton G. Martin Park pool and what residents can look forward to from the renovations completed this year. Credit: Newsday / Khristopher Brooks

North Hempstead officials on Saturday will reopen the pool at Clinton G. Martin Park in New Hyde Park, marking the latest milestone in the life of a pool that began in 1963.

The site of the pool was once owned by local farmer Fred Schumacher Jr., who planned to develop the vacant lot and  build more homes and businesses. Schumacher instead sold the land to the town in September 1962 so officials could create a park and pool.

Residents loved the idea of a pool and urged town officials to create it.

"In the interest of the use of our community, we feel, along with our sincere neighbors that a community pool will prove a tremendous opportunity for development of physical health, well-being and social maturity in the children of the area," George and Sally Schneider of 80th  Avenue wrote via a Western Union telegram in April 1962.

Residents enjoyed the pool for years even as the facility started to age. There was another renovation in the 1980s but that only lasted so long, town officials said.

"Last summer, it became very clear that the pool would not be able to be opened," Supervisor Judi Bosworth said. "It got to the point where it couldn't be fixed any longer. It had been limping along for the past few years and it would have not passed board of health inspection, so we had a problem."

Town officials hope the $21 million in renovations will keep the pool attractive and relevant for at least another 50 years.

It took contractors working seven days a week to get the pool finished on time, Bosworth said. But now that it's done, residents "will have a beautiful pool to meet their friends at and have their children and grandchildren attend."

The town is to hold a ribbon-cutting ceremony at 11 a.m.