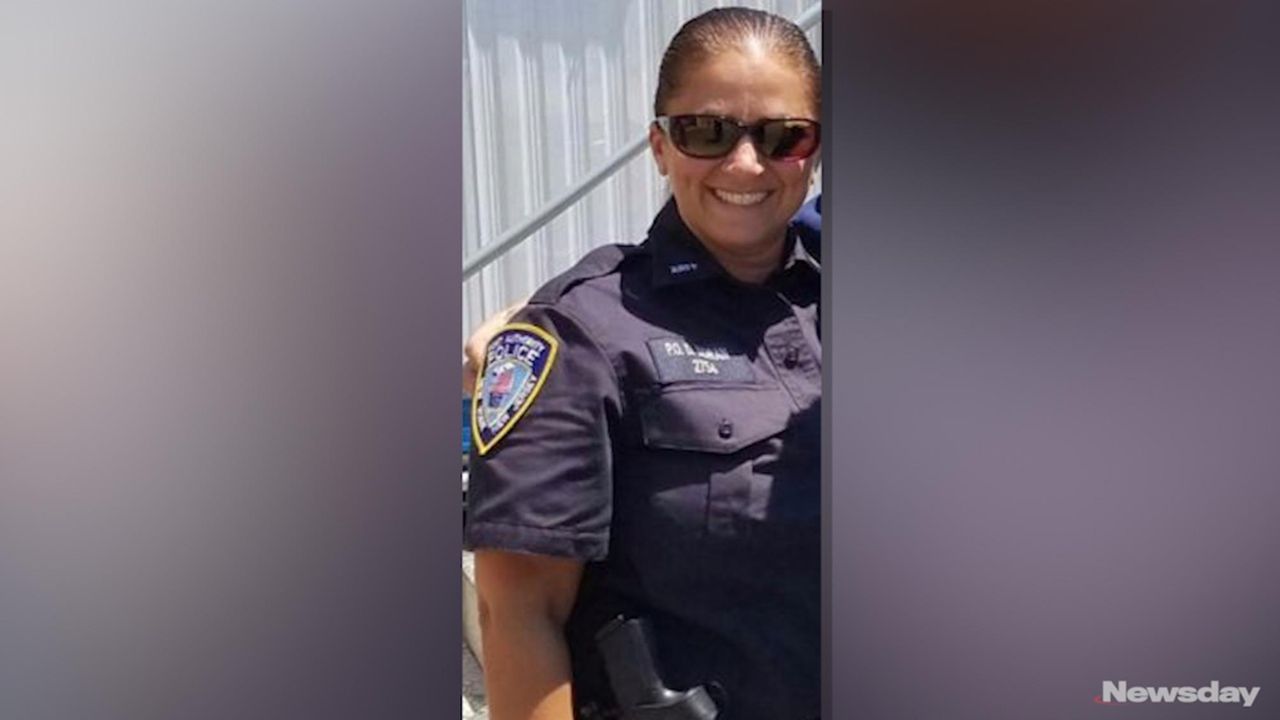 On Monday, July 10, 2017, Melissa Nortesano of Merrick spoke about the events of the previous day, when her 2-year-old son fell into their backyard pool. His 3-year-old cousin ran inside and told Nortesano's cousin that the boy had fallen into the pool. Hearing screams, next-door neighbor and Port Authority Police Officer Doreen Moran raced over and performed life-saving CPR on the child. Credit: News 12 Long Island

A Port Authority police officer is credited with saving a drowning child Sunday in Merrick by performing CPR.

Officer Doreen Moran had been off duty and was returning home from work at about 1:15 p.m. when she heard screams from her neighbor’s home, a Port Authority police spokesman said.

Moran and her husband ran to the backyard and found a 2-year-old boy unconscious on the steps to a semi-inground pool.

“I knew it wasn’t good,” she told the New York Daily News. “I jumped into action.”

She gave the child CPR while someone else called 911.

The Merrick Fire Department responded and the child was taken to Nassau University Medical Center, the spokesman said. The boy was expected to be OK but was placed under observation at Cohen Children’s Medical Center in New Hyde Park on Sunday night.

A call to the Merrick Fire Department was not immediately returned.

Moran, through the Port Authority spokesman, declined to comment.