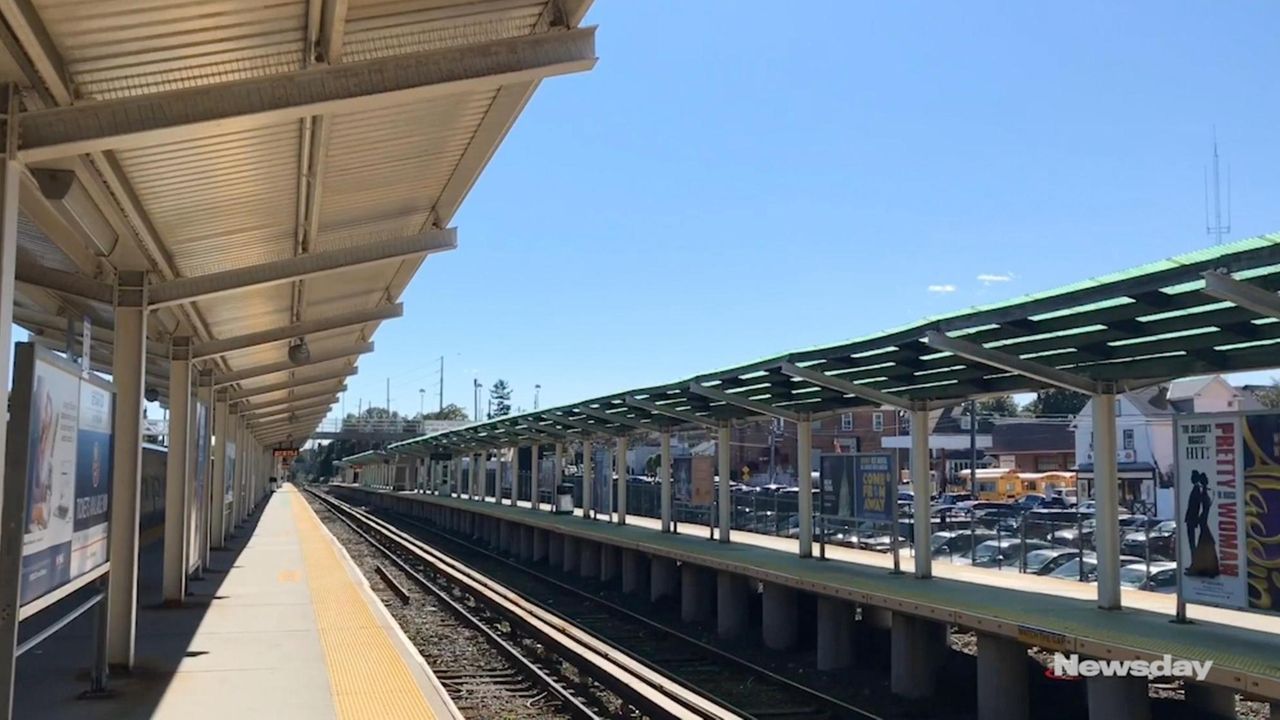 State Sen. Elaine Phillips announces at a Thursday news conference that she secured a $5 million grant to update the canopies at the Port Washington LIRR station.  Credit: Newsday / Christine Chung

Phillips (R-Flower Hill) announced the grant at a Thursday news conference at the station, saying the new, modern canopies would be the first upgrades to the station in about 50 years.

There are green and white canopies affixed over both platforms at the train station — one of the LIRR's busiest with nearly 8,000 passengers streaming through daily, Phillips said. But those canopies do a poor job of shielding riders from the rain.

“You’re spending hundreds and hundreds of dollars every month,” Phillips said. “You’re standing here to get a train and it's literally pouring down on you . . . This funding will enhance the comfort and experience for thousands of daily commuters and improve their safety by keeping ice and water from collecting on the platforms.”

Phillips said replacing the outdated canopies has been on the MTA’s drawing board for years but that funding was not available until now.

She added that the $5 million in senate transit capital funding had been in high demand and that the money was "ready to go." The next steps will be to draw up architectural renderings and then field community input about proposed designs, with the goal of getting new canopies in place by spring.

Councilwoman Dina De Giorgio, whose district includes Port Washington, said in a statement that it’s “wonderful that the LIRR is making this investment in the Port Washington community and we are grateful to Senator Phillips for her advocacy on behalf of Port Washington.”