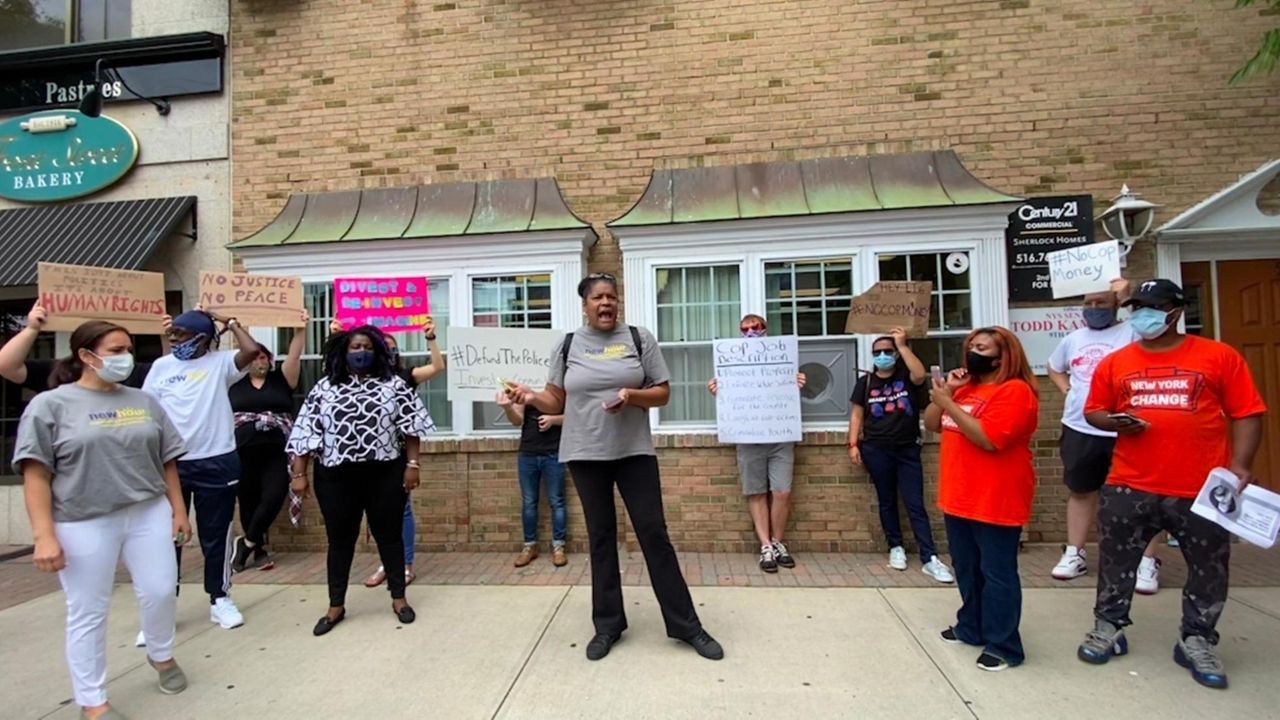 Standing in front of Sen. Todd Kaminsky's office in Rockville Centre, representatives of Long Island progressive groups said he and his fellow Democratic state senators cannot purport to care about police violence against people of color while accepting money from organizations the activists accused of perpetuating it.

"Think about where that blood money is coming from," said Shanequa Levin, a co-founder of Long Island Black Alliance.

None of the six senators said Thursday whether they would reinvest contributions from law enforcement.

The demand comes as the Democratic lawmakers — who hold six of nine seats in Long Island's Senate delegation — prepare to defend their majority in November from Republicans, who previously controlled the caucus for decades.

The six Democratic senators all voted in favor of recent police reform measures approved by the State Legislature following the police-involved killing last month of George Floyd in Minneapolis.

Representatives of Kaminsky and Democratic Sen. Kevin Thomas noted their support for those reforms in statements to Newsday on Thursday.

“As his votes last week showed, Senator Kaminsky is beholden to no one and will always act with the best interest of his constituents in mind," said his spokesman, Steve Smirti.

Emily Mancini, a spokeswoman for the Levittown-based Thomas, pointed to his voting record and said he "continues to stand in strong support of transformative structural change within our justice and policing systems."

Sean Ross Collins, a spokesman for Democratic Sen. Anna Kaplan of Great Neck, said: "No contribution of any size influences any government decision or action under any circumstances, and Senator Kaplan believes that anyone who is influenced by one isn't worthy of their office, and deserves to be removed."

Democratic Sen. Monica Martinez, of Brentwood, said in a statement: "I have always represented myself as an independent person who will not be beholden to anyone because of a financial contribution. "

Representatives of Sen. John Brooks, of Seaford, and fellow Democrat, Sen. James Gaughran, of Northport, did not respond to requests for comment.

"If they care about black lives matter, they will not accept money from the very entities that are oppressing and harming our people," said Danielle Donaphin of the group New Hour for Women and Children.

Protesters demanded the politicians reinvest the money in bail funds and black-led organizations fighting police brutality, and that they refuse campaign contributions from police unions in the future.

"Police unions have long opposed the most basic measures to root out corruption and misconduct in the force," said Nikhil Goyal, a co-founder of Young Long Island for Justice. "They are among the greatest roadblocks to systemic changes to the criminal justice system."

Representatives of Nassau and Suffolk's police labor unions did not immediately respond to requests for comment.