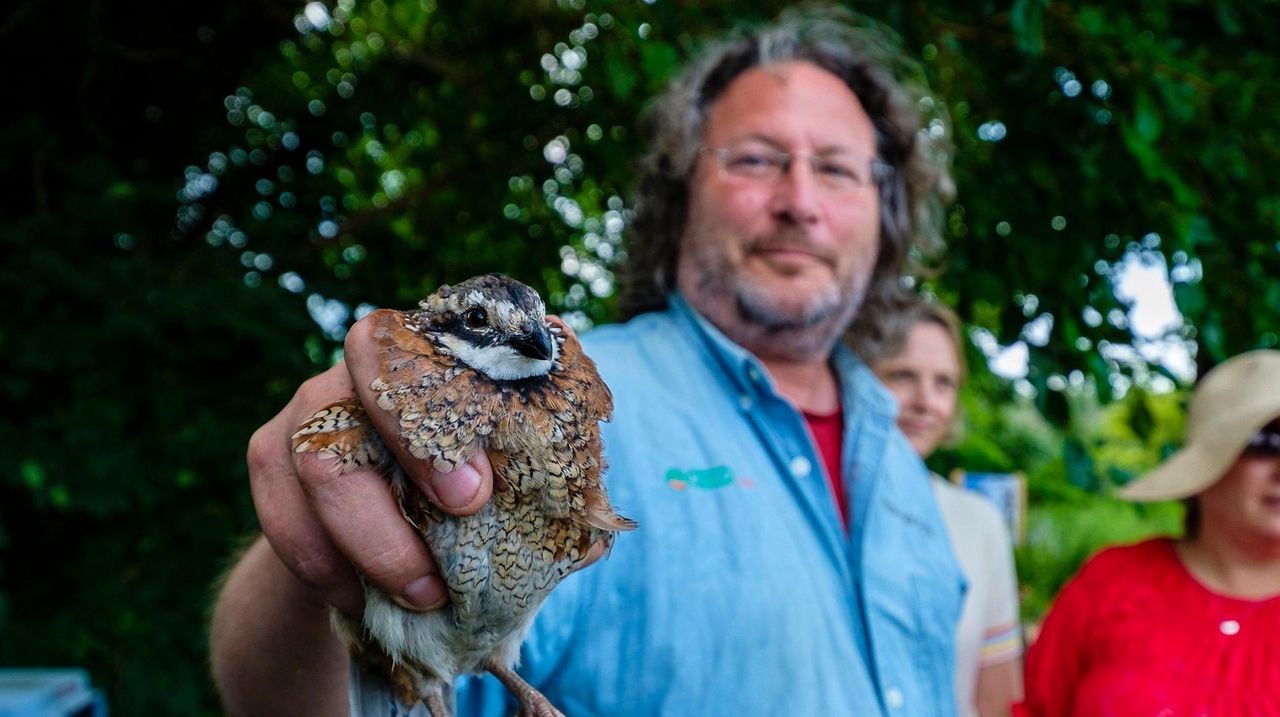 The Town of North Hempstead released northern bobwhite quail at the Hempstead Harbor Trail in Port Washington. The tick-eating quail reduce the numbers of the parasitic insects naturally, without the use of pesticides. Credit: Morgan Campbell

More than four dozen northern bobwhite quail were set free in Port Washington on Sunday as North Hempstead Town officials released the feathery fowl into the wild to fight ticks.

Officials and others have touted the efforts to use quail, a natural predator of ticks, as an eco-friendly way to get rid of harmful pests without using pesticides.

"Ticks carry diseases and you can get very, very sick," Town Councilwoman Mariann Dalimonte said Sunday. "… We are using nature to help us fight the tick population we have here."

Ticks are most active in warmer months. Bites from blacklegged ticks, known as deer ticks, can cause Lyme disease. Reported cases have tripled since the late 1990s, the U.S. Centers for Disease Control and Prevention said.

The CDC reported a record number of tickborne diseases in 2017 with nearly 60,000 cases. It went down to slightly over 50,000 in 2019, but the federal agency said reported cases only capture a fraction of actual affected people.

Eric Powers, a biologist with the Brookhaven-based Center for Environmental Education and Discovery, has overseen the North Hempstead quail operation since efforts began in 2017. Sunday marked the fourth year of the town’s annual quail release, as last year’s program didn’t take place due to the pandemic, he said.

"If the environment is overrun with ticks, we are going to see more and varied tick-borne diseases," Powers said. "It’s going to be unusable for people to be outside, especially during the pandemic when outside is our respite."

Powers said the 50 quail released Sunday at North Hempstead Beach Park are not tagged or tracked. They were 12 weeks old. In their lifespan of three years, he said each quail eats about 5,000 ticks.

"They live fast and furiously," Powers said. "They’ve got to grow up quick, get out there and live life."

The renewed release comes less than two weeks after the town brought in four goats to help rid a one-acre overgrown site in Manhasset of poison ivy. The method is the same — by devouring it.