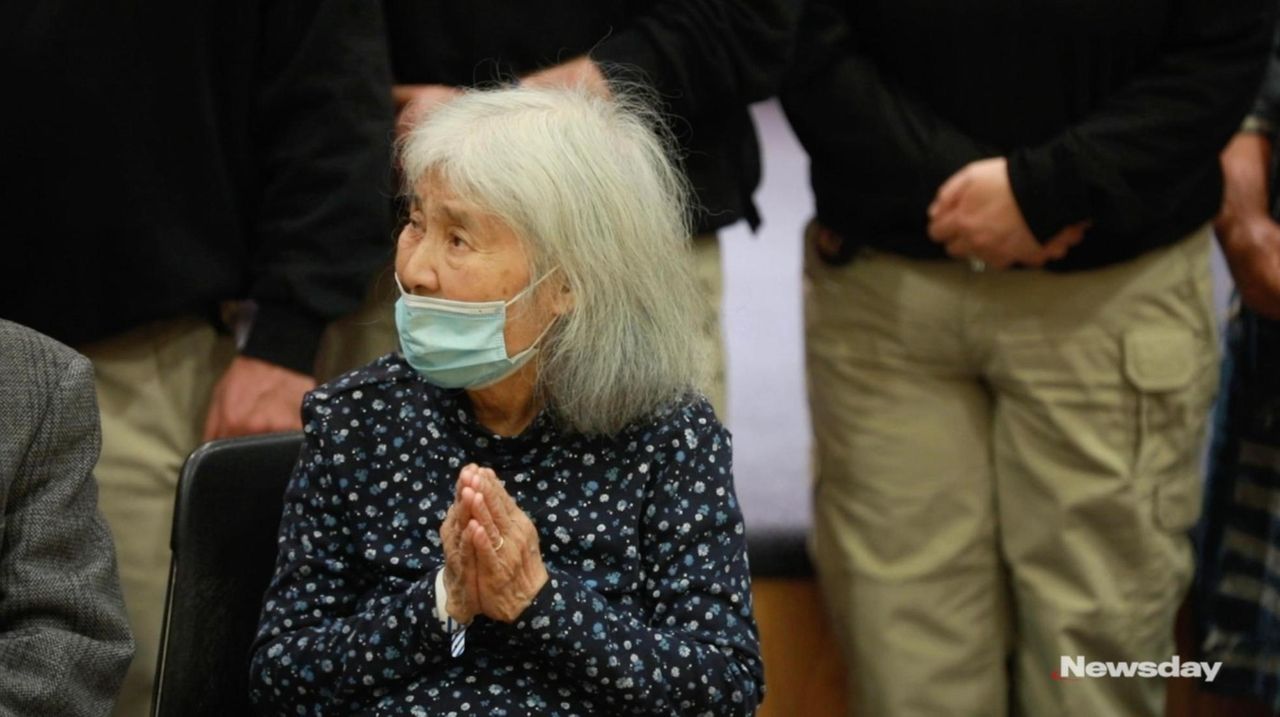 An 83-year-old Queens woman with dementia, missing for 28 hours after she wandered into woods, was found by Nassau County police in a helicopter on Tuesday.

Atsuko Horiuchi of Hollis Hills was shopping with her husband Monday at the H Mart on Great Neck Boulevard when she walked off into a wooded area at 3:30 p.m, police and family members said Wednesday.

Horiuchi‘s husband called his son, who tried to track his mother with an Apple Watch, but said the radius was too large and then called police Monday night.

She was located 28 hours later, laying in a wooded area near the LIRR tracks, spotted by helicopter at 11 p.m. Tuesday night.

She attended a news conference Wednesday with her family, who thanked police for saving her life. She also thanked police, speaking to her son in Japanese.

"This was a harrowing experience and we kept believing and doing everything we can," her son Yozo Horiuchi said. "She never gave up and the whole team never gave up. I know my mother wouldn’t be alive without them."

Police canvassed the area by helicopter, using K9s and search teams until she was found in a ravine with a night camera Tuesday.

Officers hiked down a 20-foot hill, guided by the helicopter pilot to where Horiuchi was found laying with her hands folded over her chest, Nassau County police Sgt. Kevin Vargas said.

Once officers touched her arm she awoke and was carried by police up the hill and over a fence to an ambulance, which took her to a hospital to be treated for dehydration.

"They put it out over the air and that sigh of relief that goes across all of our members that we found our victim and we can bring her home to her husband," Nassau County Police Commissioner Patrick Ryder said.