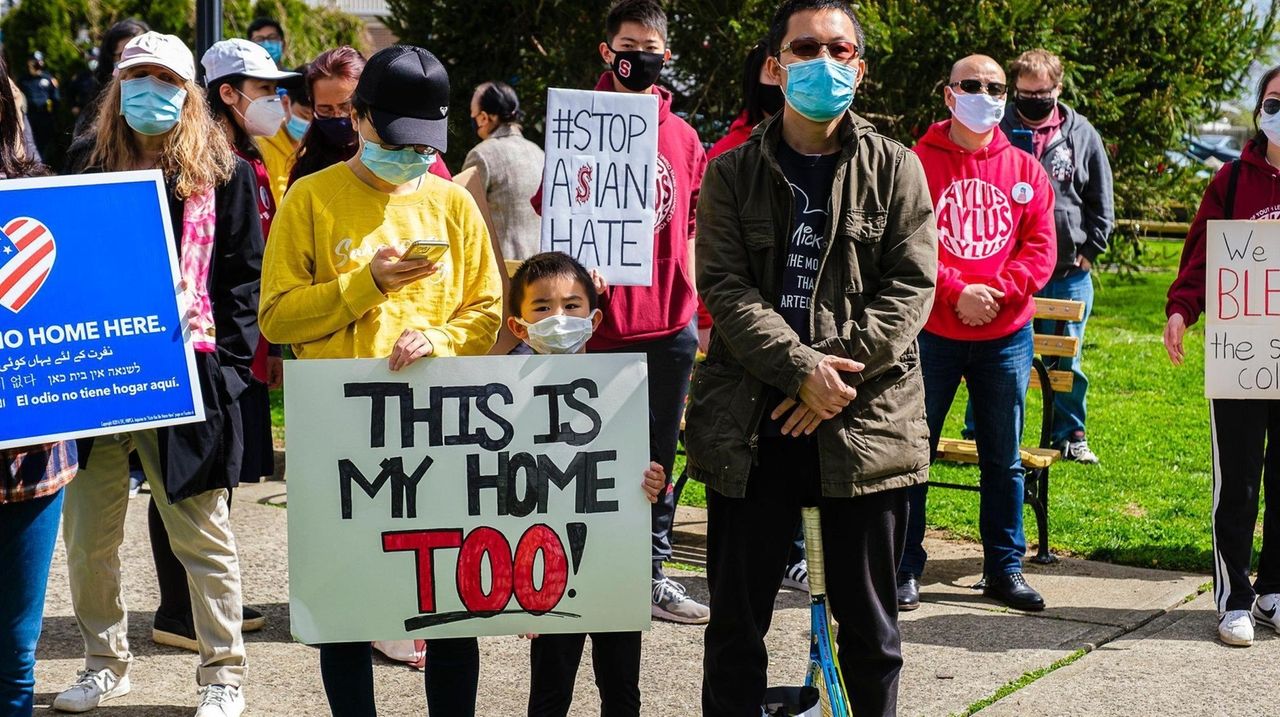 Teens at a student-led rally in Manhasset Sunday condemned the recent surge of anti-Asian attacks that have triggered both widespread fear and calls to stop the hate-filled violence.

Ava Shu, 16, who organized the rally with her sister, 14, and other teenagers, said she had been shocked and angered at television news images of Asian elders being attacked on the streets.

"We want change," Shu told the crowd. "I don’t want anyone to have the fear of walking on the street knowing they could be attacked at any moment. I don’t want to see little kids be robbed of their innocence."

The Manhasset High School junior said she has been motivated by a quote her English teacher cited on the power of words.

"If you get the right ones in the right order, you can nudge the world a little," Shu of Manhasset said, recalling the quote. "Maybe all my words today won’t [serve]...any purpose. But I’m hoping that eventually it will change one person’s opinion.... Eventually...maybe the whole community can change."

The rally at Mary Jane Davies Park attracted a crowd of about 200, including parents with young children on their shoulders and in their arms, adults with dogs and many with hand-made signs that read: "We all bleed the same color" and "Asians are not viruses. Racism is."

One boy in glasses held a sign that said he loved sports, video games and his grandparents. It ended with a plea: "Please don’t hurt them."

Sunday’s rally was the first protest Annabelle Cheng, 18, attended. "A lot of the victims, they look and resemble my family members," said Cheng of Syosset. "I feel like being here shows that we will not tolerate how we’ve been treated in society."

Her brother, Leo, 15, who stood next to her clutching a "This is our home too! #Together" sign, said he believed "protests and rallies are a good way to show that we Asians have a voice."

The teens said they also wanted to speak out to correct some longstanding stereotypes.

"Because a lot of our parents came here fleeing bad conditions in their home countries, it contributed to the stereotype that we don’t want any trouble and we are obedient," said Alan Huang, 15, of Syosset. "That’s not who we should be. … We should be able to stand up for ourselves and that’s what we are doing right now."

Several politicians who spoke Sunday pointed to the young and diverse crowd as a sign of hope. Rep. Grace Meng (D-Queens) described the rally as part of a momentum for change.

"This is a galvanizing moment, I think, in our history," she said. "Our reaction and our response in the next few weeks and months will determine the future of how Asian Americans are treated in this country."