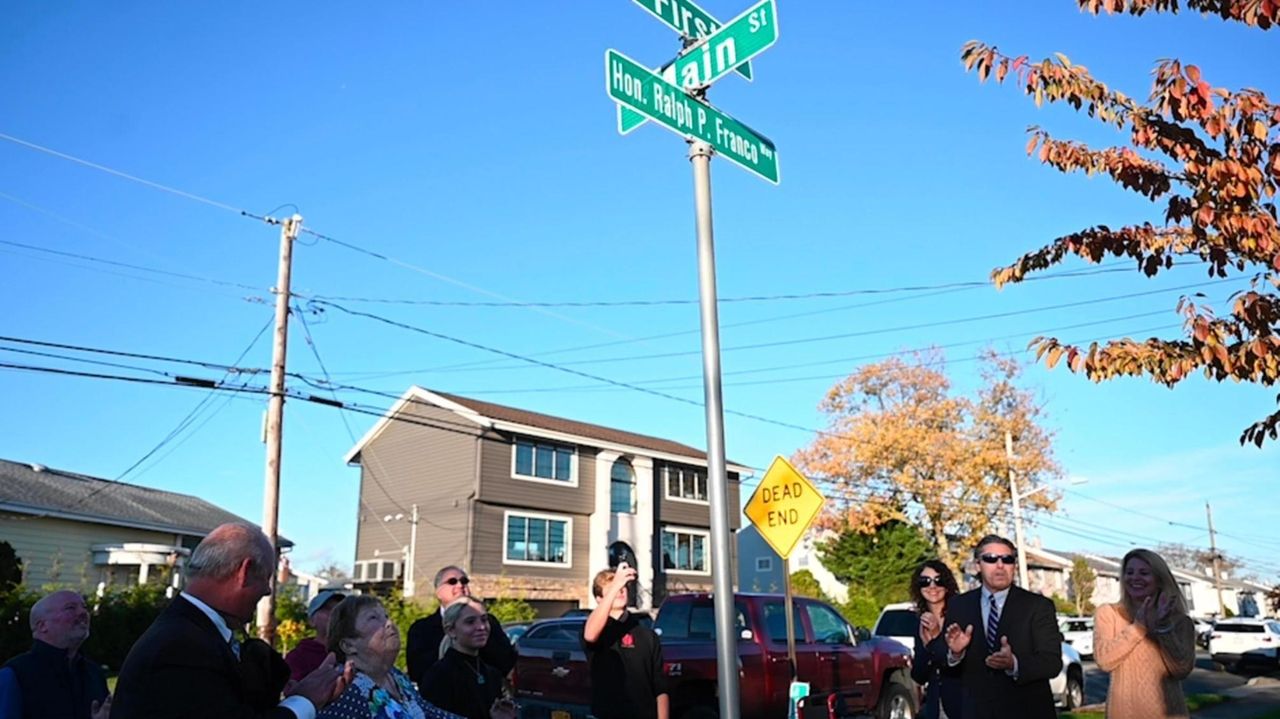 Ralph P. Franco, a World War II Navy veteran and Freeport resident who worked in various village positions including trustee, deputy mayor and later as judge, will be remembered on the street where he lived.

"He means so much to all of us and it’s been a year since he passed and it’s been very hard for us," said Franco’s granddaughter, Faith Ippoliti, of Bellmore. "I miss him a lot, but one day I know that I’m going to drive down this street and show my kids and my family my grandpa’s name and his house and the memories here, and his legacy will always be here forever."

After serving in the Navy, Franco went on to graduate from Brooklyn College and Brooklyn Law School. Though he started his law career in private practice, he shifted to public work, holding positions of deputy attorney for Freeport and a special prosecutor for the village.

In 1994, Franco was elected to be a state Supreme Court judge after having served as a Nassau County District Court judge since 1988. He also had been a justice in Freeport Village Court for 11 years.

"He had so much pride in Freeport, taking my class to the courts when I was in second grade and teaching [us] about the court system," said Franco’s daughter, Lauren Franco Ippoliti. "His name belongs here as a legacy."

Richie Ippoliti, Franco’s grandson, called him "my hero" and "one of the greatest people I ever got to know."

"My whole life, I’ll be driving down this street and remembering him," Ippoliti said. "I love you, grandpa."

Franco was married to Lorraine Franco for 61 years. "And they were blessed, wonderful years; he was a wonderful man," she said.

According to Lorraine, her husband would "tease her" when he ran for office. "I was his campaign manager and so we had a lot of fun with the campaigns," she said. "This is an honor."