An ex-campaign worker whose arrest led to the ouster of Nassau Police Commissioner Thomas Dale claims in a lawsuit that police officials, Oheka Castle owner Gary Melius and others violated his rights in a conspiracy aimed at changing his testimony in a politically charged election case.

Randy White, 30, of Roosevelt, seeks $46 million in damages in a civil rights suit filed Friday in U.S. District Court in Central Islip. The suit says White was falsely detained and imprisoned, subjected to strip searches and served a civil subpoena in police custody in an attempt to coerce his testimony.

"They treated him as though he was public enemy number one because politics played a role here," his attorney, Frederick Brewington, said at a news conference in Hempstead. 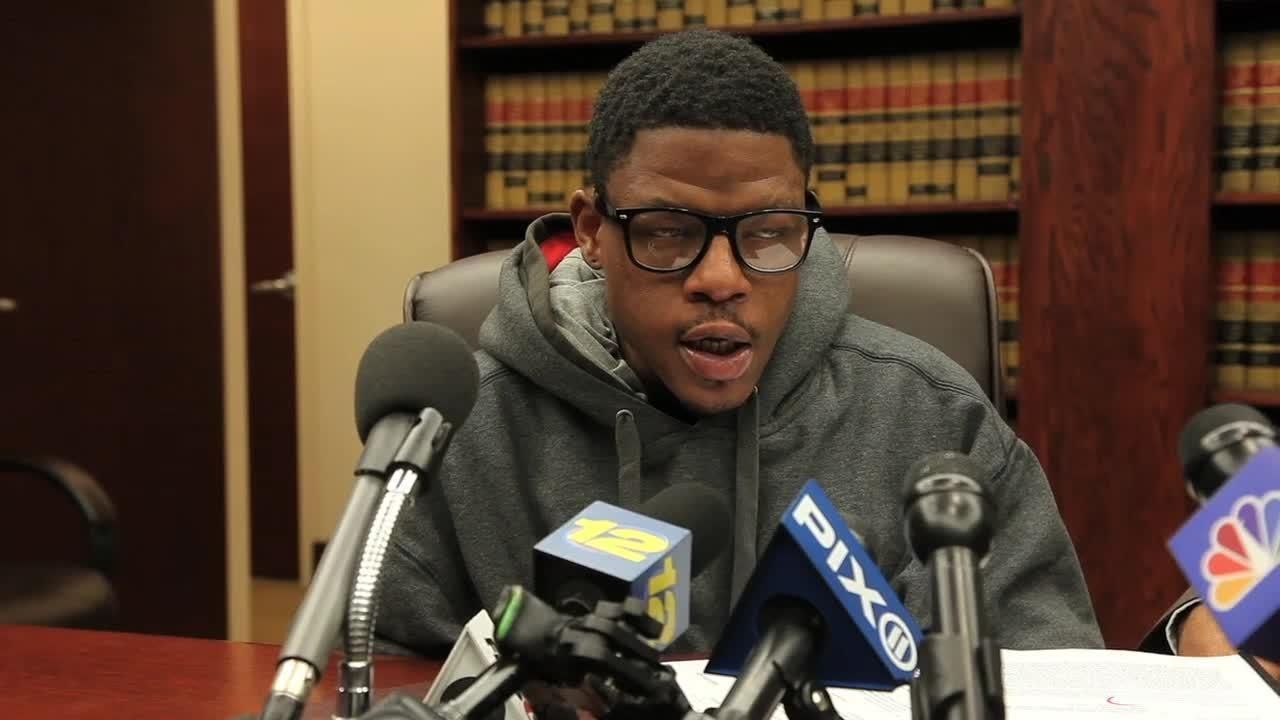 Randy White pursues legal action The man at the center of a scandal that led to the resignation of Nassau County's police commissioner has filed notice that he will pursue legal action against the county and its police force. Frederick A. Brewington, the attorney for Randy A. White, the man in the middle of the controversy, said Monday he has filed a notice of claim against the county and its police force. Videojournalist: Howard Schnapp (Jan. 6, 2014)

White had collected petition signatures to get former Freeport Mayor Andrew Hardwick on the ballot in November as a third-party candidate for Nassau County executive. County Democrats charged that Hardwick was in the race to siphon votes from Democratic candidate Thomas Suozzi, who was challenging Republican County Executive Edward Mangano. The Democrats challenged the legitimacy of Hardwick's signatures.Hardwick said he was running because he was the most qualified candidate.

White testified against Hardwick in state Supreme Court in October that Hardwick paid $1.25 for each signature collected. Petitioners legally can be paid by the hour, but not per signature. Hardwick denied White's claim.

Hardwick operatives recorded a phone call with White in which the campaign said White admitted to be being paid legally by the hour.

A probe by Nassau District Attorney Kathleen Rice found that Melius, the sole donor to Hardwick's campaign, called Dale to say the Hardwick campaign wanted to file a perjury charge against White in connection with his court testimony.

Police declined to charge White with perjury, but after a standard background check found an outstanding warrant for White for failing to pay a $250 fine from a prior misdemeanor conviction, Rice said.

Dale ordered that White be arrested on the warrant, Rice said. Dale also told Capece to go to a police precinct to meet with Hardwick operatives about the perjury complaint, Rice found.

White alleges in the federal suit that while in police custody he was asked repeatedly about Hardwick. He also alleges that Mistretta -- who retired during Rice's investigation -- served him with a subpoena from Hardwick's attorney. White then spent the night in jail.

"These people are wrong in what they did. They need justice served because it could happen to anybody," White said Friday.

Rice said that given the "political overtones" of the election case, Dale's decision to intervene "was a judgment potentially fraught with peril." But she said his involvement was "not evidence of a crime."Mangano forced Dale out of his job in the wake of Rice's report.

The lawsuit also alleges defendants engaged in a "pattern of racketeering activity," and Brewington said Rice should have filed criminal charges.

"The case is not yet closed," Rice spokesman Shams Tarek said in response to questions about Brewington's statement about criminal charges and whether Rice's probe had ended.With Robert Brodsky