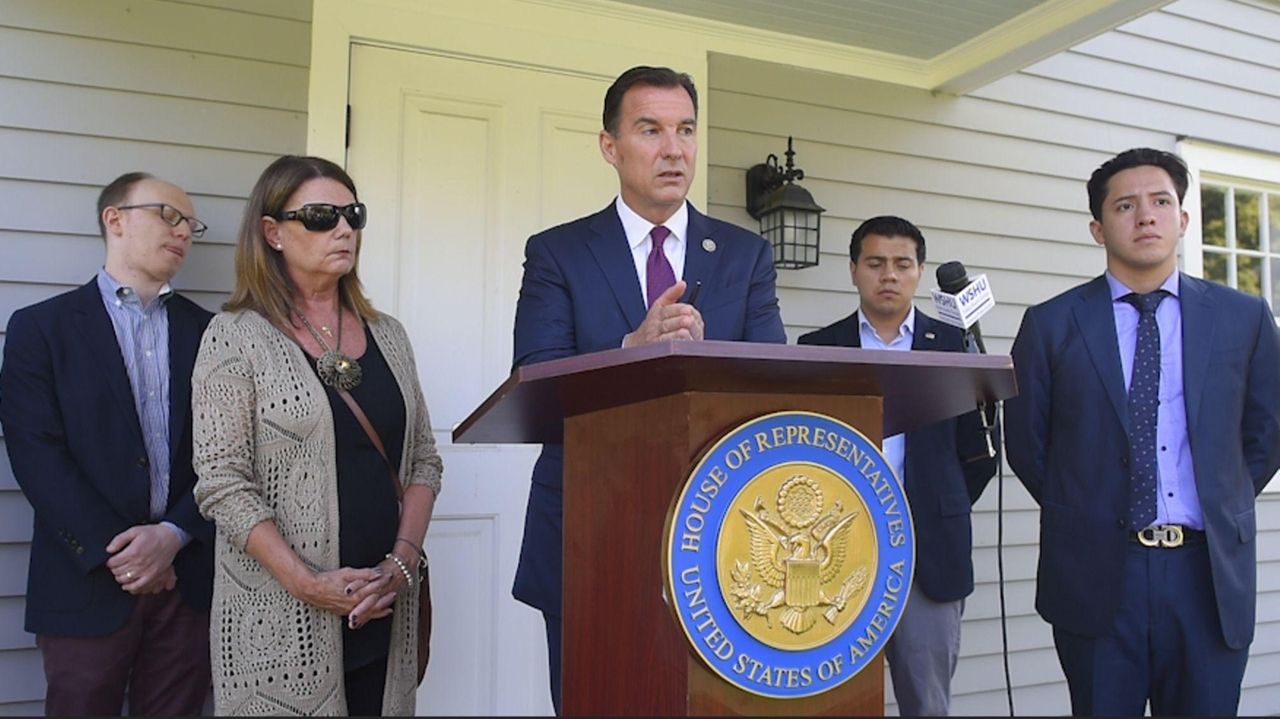 On Monday, Sept. 25, 2017, in Huntington, Rep. Thomas Suozzi said it would be "immoral" to deport immigrants who have been in America nearly all their lives and led productive, crime-free lives. Credit: Johnny Milano

Rep. Thomas Suozzi was joined Monday by three young men who face potential deportation within six months as he called for passage of legislation to protect immigrants brought into the United States without documentation as children.

At his legislative office in Huntington, Suozzi (D-Glen Cove) urged majority House Republicans to schedule a vote on the Dream Act. The measure would protect undocumented minors who face deportation because of President Donald Trump’s decision to end the Obama-era Deferred Action for Childhood Arrivals program.

“Let’s figure out a way to do the American thing here — to treat all men and women as if they are created equal,” said Suozzi.

Trump ended the DACA program — which protects up to 800,000 immigrants nationwide and as many as 14,000 on Long Island — this month. He provided a six-month delay for current recipients to allow Congress to develop a legislative solution.

Nelson Melgar, 27, of Glen Cove, who joined Suozzi at the news conference, and has been protected by DACA, arrived when he was 13 from Honduras. He graduated from Nassau Community College and Hunter College, founded the North Shore Hispanic Civic Association and works for Assemb. Charles Lavine (D-Glen Cove).

“I love this country because it gave me the opportunities that I would otherwise not have had if I’d have stayed in Honduras,” Melgar said.

Carlos Diaz Lezama, 31, of Brooklyn, came to the U.S. at age 14 from Mexico City and works for Long Island Carpet Cleaners of Queens.

“My family would be broken if I have to go back to my country,” Lezama said of his children, ages 10 and 5.

David Swidler, vice president of Long Island Carpet Cleaners, who lives in the 3rd Congressional District that Suozzi represents, called Lezama a “phenomenal” employee and said, “we would be at a huge loss if Carlos was not able to work here.”

Suozzi is a co-sponsor of the Dream Act, which would protect immigrants who came to the country before they turned 18. To qualify, individuals must have a high school degree or equivalent or are still in school; have been employed for three consecutive years or are a member of the military or in college and have no criminal record.

Suozzi planned to sign a discharge petition Monday night on the House floor in an attempt to force GOP leaders to schedule a vote on the bill. The measure has bipartisan support in the Senate but faces long odds in the Republican-controlled House.