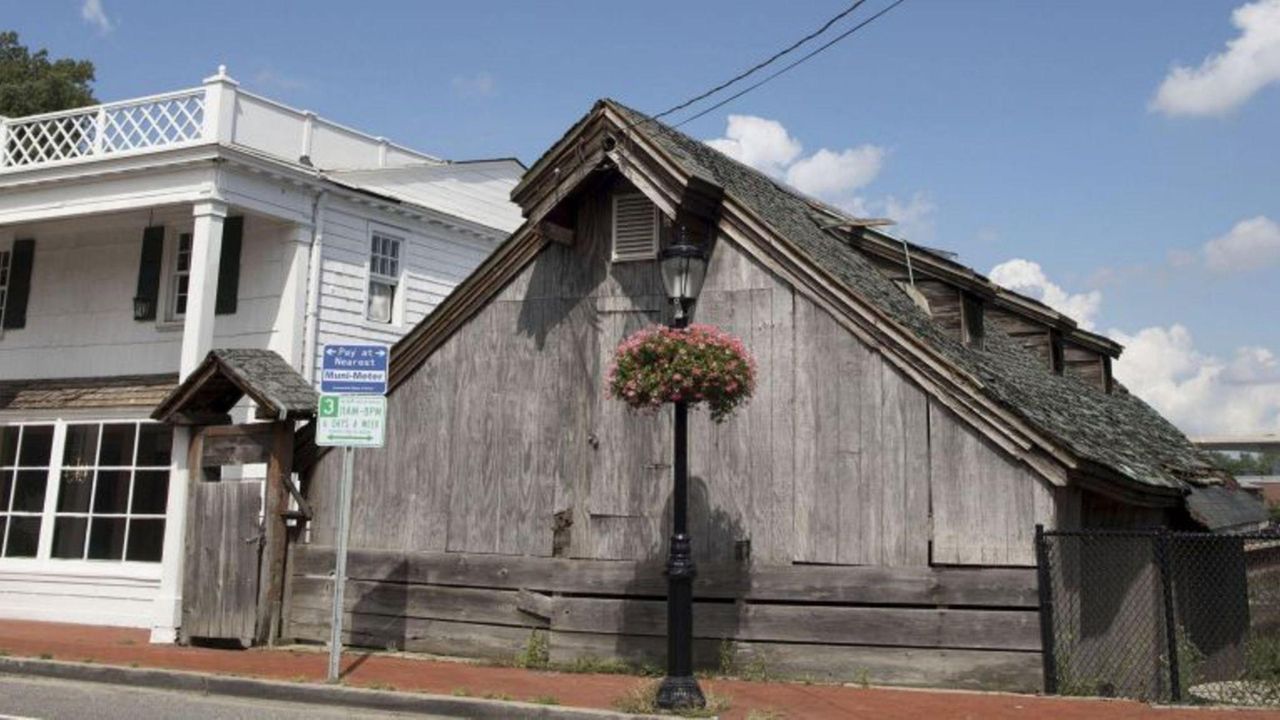 With a new set of grants and a formal agreement in place, the 300-year-old Roslyn Grist Mill will soon be restored, officials said Thursday. Credit: Newsday / Christine Chung

Over the past three centuries, the Roslyn Grist Mill has lived several lives: as a working water mill grinding grain, a tea house, a popular tourist attraction, and now, as a dilapidated but living reminder of Roslyn’s past.

Since the 1970s, residents and local preservationists have been calling for the grist mill’s restoration, which has been repeatedly delayed because of a lack of funding. This month, long-awaited repairs have been set in motion with $440,000 in newly secured Nassau County grants and a partnership formed between the county, the village of Roslyn and the Roslyn Landmark Society.

At its perch at the top of Main Street, the grist mill, which dates to the 1700s, is flanked by pristine, whitewashed boutiques and restaurants that are far newer and in better shape. Shoppers briskly walk by, barely noticing the grist mill, which used to be the center of business in Roslyn. Preservationists said they hope the restoration will return the grist mill to the community spotlight.

“It’s been under planned restoration for almost 42 years,” said North Hempstead Town historian Howard Kroplick. “We envision this is going to be a historic attraction, a major addition to the main street here.”

Preservationists said the mill, which was likely built between 1715 and 1741, is one of very few Dutch industrial buildings still standing in the country. Jack Waite, an Albany-based architect tasked with the mill’s restoration, said the wooden frame is in “remarkably good condition” for its advanced age.

“Unlike a lot of the other early mills that have been restored, it’s not a reconstruction and it hasn’t been heavily restored,” Waite said. “The original building is still here.”

The mill was deeded to Nassau County in 1976, but preservationists said little happened until this year at an Aug. 6 meeting of the Nassau County Legislature, when legislators voted unanimously to establish an intermunicipal agreement to release $440,000 across two grants. The Roslyn Landmark Society has also raised $1 million from private sources to foot the restoration’s bill.

Jay Corn, the Roslyn Landmark Society’s trustee and secretary, said he is thrilled the project is gaining some traction. He said that as a child growing up in Roslyn, he went to the grist mill teahouse with his grandparents to have popovers and cinnamon buns while enjoying the scenic view of the Hempstead Harbor creek. He said he hopes that the grist mill will once again become a destination.

“It’s loaded with character . . . This really is like the crowning glory of Roslyn, right smack dab in the middle is the grist mill,” Corn said. “It really serves the same purpose today.”

The project’s first phase calls for raising the mill’s entrance to street level, stabilizing the structure and restoring the timber frame. The Roslyn Landmark Society has signed a contract with Vermont-based Cole Company and anticipates beginning work in the fall, with a target date of mid-November.

Preservationists said the complete restoration, with further work such as roof and interior repairs, will likely take several years. Then, the goal is for the grist mill to transform yet again, this time into an educational center.

The 18th century Roslyn Grist Mill is listed on the National Register of Historic Places and was operated as a working mill until 1915. Did you know that: