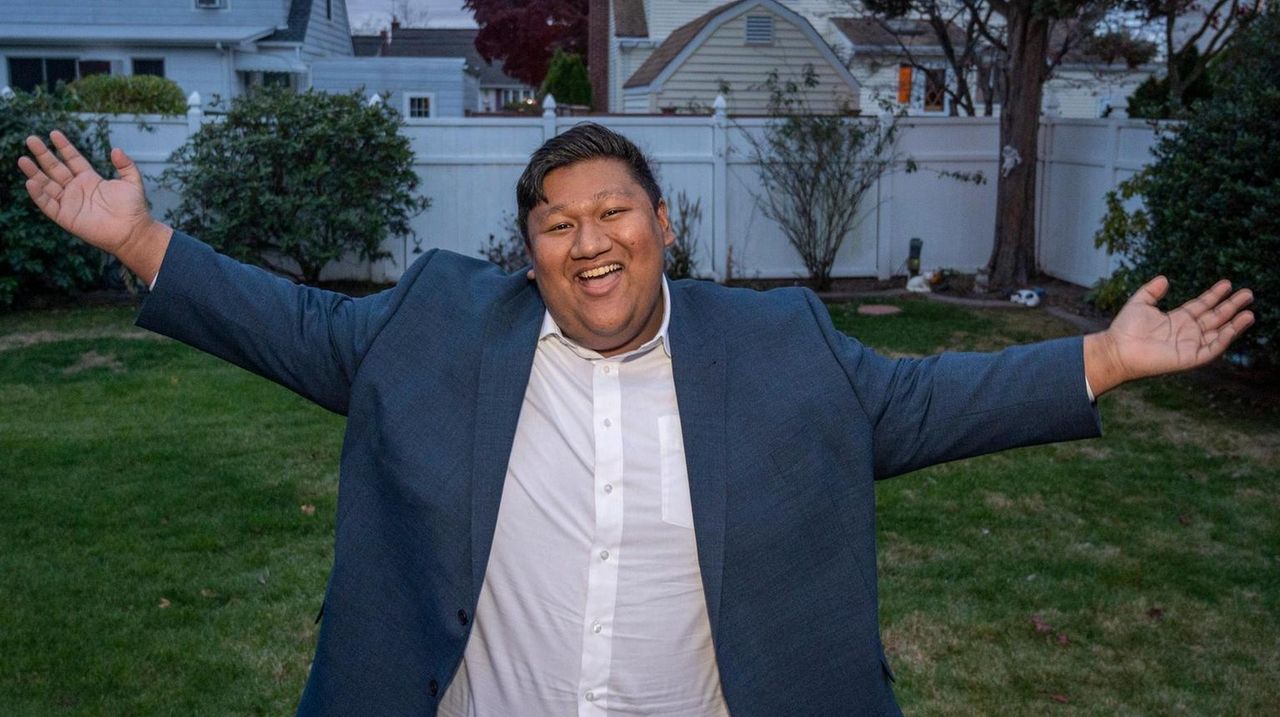 Devashish Basnet’s mother jumped for joy on the bed when she learned he was named a 2022 Rhodes scholar, a prestigious international scholarship that will allow him to study at Oxford University in the United Kingdom next fall.

"She stood on the bed and she started crying, and I started crying," recalled Basnet, 21, a senior at Hunter College of the City University of New York who graduated from Hicksville High School, in an interview Sunday with Newsday.

Overwhelmed by emotion, Basnet, who is also known as Dave, said he thought about what the scholarship meant to him as a first-generation college student whose family fled Nepal to seek political asylum in the United States when he was 7.

Each year, the highly competitive scholarship is awarded to 32 U.S. recipients among more than 100 worldwide. Last year, Danielle Grey-Stewart, who also graduated from Hicksville High School and helped Basnet with his application, was selected for the program.

"I am fairly certain that I'm the first Rhodes scholar in history from the country of Nepal. And so I just felt honored to represent my nation, my culture and my heritage," he said. "I'm one of the first few Rhodes scholars that is a former [Deferred Action for Childhood Arrivals] recipient. I come from a public university."

The president of Hunter College, Jennifer Raab, said in an interview Sunday that she was elated to hear the announcement.

"We're so proud that we were able to think about someone who came to this country when they were six or seven years old, not speaking any English, and to think that he's getting a Rhodes scholarship," she said. "It's really an incredible thing."

Basnet's parents, Ravi and Phurba Sherpa Basnet, live in Hicksville and his sister, Rani, is a 16-year-old senior at Hicksville High School. He majors in political science in college and will study refugee and forced migration as well as public policy during his time at Oxford.

In addition to his family history, Basnet said his academic interest in immigration was sparked by an internship he had with the International Rescue Committee in the summer of 2019 in Arizona.

At the Southern border, Basnet met a 17-year-old who translated English into Spanish for his parents when Basnet handed the Guatemala family the documents.

Basnet recognized himself in the teenager who was only a year younger than him at the time. He saw the teen helping his parents navigate an immigration process that was familiar to him. Years ago, he was the one translating documents for his parents and interpreting for them during immigration interviews because his English was better than theirs.

It was like looking into a mirror, he said.

"It was a really visceral moment," Basnet said. "I was looking at someone that was going to bear the burden, similar to how I did. … That's sort of how I understood that our stories were both connected by a shared paradigm of forced displacement."

Stephen Lassonde, Hunter’s director of The Ruth & Harold Newman Office of Prestigious Scholarships & Fellowships who advised Basnet, said what made Basnet stand out is his ability to connect with others, like the way he did with the teen.

"There's a quality of genuineness with him," Lassonde said in an interview Sunday. "He's empathetic. He relates well to all people and people see that."

After Oxford, Basnet said he wants to pursue a law degree in international human rights or asylum law.