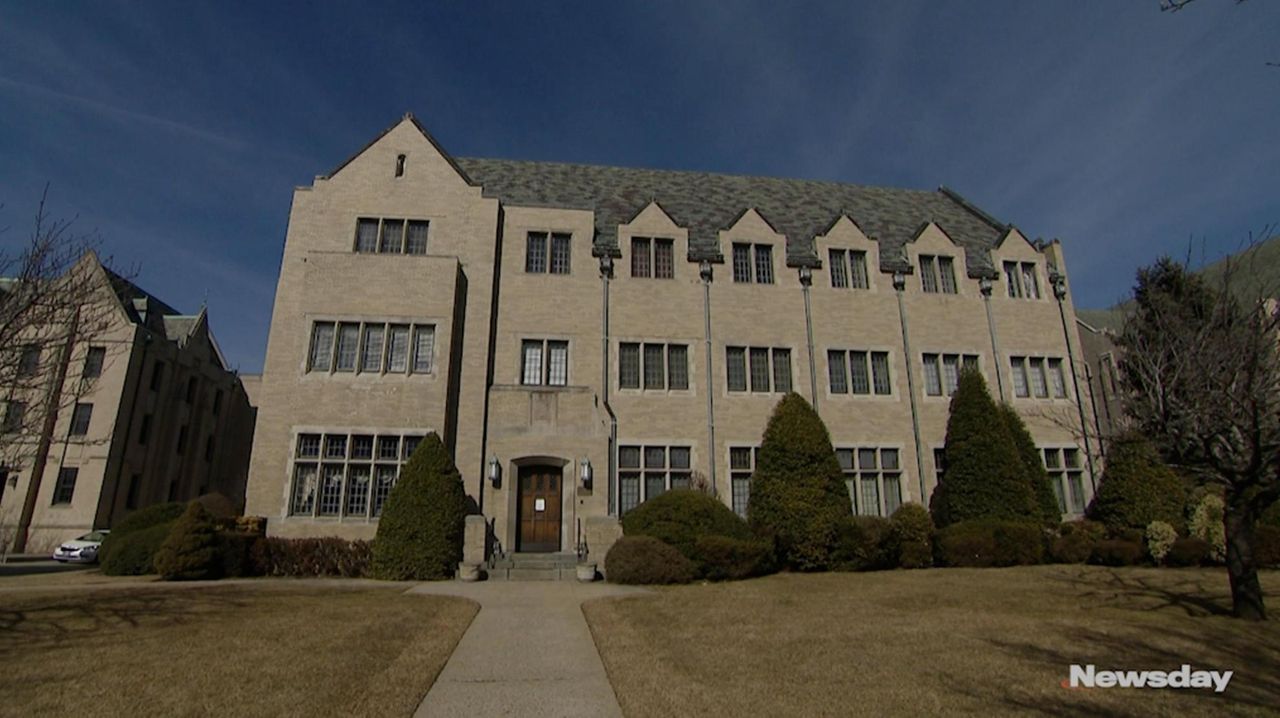 Two women allege the late Bishop John R. McGann sexually abused them as girls and let other priests of the Rockville Centre diocese abuse and molest them, their lawyer said Tuesday at a news conference.  Credit: News 12 Long Island

Two women allege the late Bishop John R. McGann sexually abused them as young girls and let other priests of the Rockville Centre diocese abuse them, their lawyer said Tuesday.

The alleged abuse took place in the 1960s and 1970s, when one of the women was 5 years old and the other was about 11, said the lawyer, Mitchell Garabedian, who has represented several clergy sexual abuse victims in the Boston area.

Garabedian accused McGann of using his position to hide the abuse. McGann died at age 77 in 2002.

At the time of the alleged abuse, McGann was a monsignor serving St. Agnes parish, the diocese's seat. He became the diocese's second bishop in 1976 and served until his retirement in 2000.

Lawyer: McGann was St. Agnes Msgr. at time of abuse

The women, who are now in their 60s, also allege two other clergy members at St. Agnes abused them: Msgr. Edward Melton and the Rev. Robert L. Brown, who are both deceased. One of the women also alleges she was abused when she was 5 by a St. Agnes janitor, John H. Hanlon, who is also deceased.

The Diocese of Rockville Centre is taking the accusations seriously, diocesan spokesman Sean Dolan said in a statement. The diocese is the nation's sixth largest, with 1.5 million members.

"Allegations concerning one victim were brought to our attention by Mr. Garabedian on Friday; and those allegations were immediately reported to the Nassau County DA’s office the same day," Dolan said.

Garabedian said he will make sure the district attorney's office has the accounts of both women.

The women decided to come forward after seeing other reports of child sexual abuse by clergy elsewhere in the country, Garabedian said at a news conference.

The women live in the region, but the lawyer said he didn't know where. He declined to discuss their personal lives but said they have had emotional troubles because of the alleged abuse. The women didn't attend the news conference.

Garabedian did not present documentation of the alleged abuse but talked generally about how sexual abuse allegations often are substantiated. He said he uses notes from an accuser's therapy sessions; church, school and medical records; and internal church records.

The women are seeking $10 million each from the diocese, as well as the release of any documents pertaining to any alleged abuse by the accused men, the lawyer said. Also, they want McGann's name removed from any church property, scholarships and programs, he said.

Garabedian highlighted what he described as a gathering of McGann, Melton and Brown and a few priests in a conference room at St. Agnes in late 1967 or early 1968. The girls were there to help out with an event, the lawyer said. The girls found themselves in the conference room with the men, who abused them, he said.

As of last fall, nearly 300 men and women have filed paperwork with a victim compensation program that the diocese established in 2017.

The women's allegations come days before the Vatican convenes a sexual abuse prevention summit for bishops around the world and days after Pope Francis defrocked former Cardinal Theodore McCarrick, the former archbishop of Washington, D.C., the first cardinal removed from the priesthood for sexual abuse.

In early September, the New York attorney general's office subpoenaed all eight Catholic dioceses in the state as part of an investigation into sexual abuse of children by clergy.

The New York announcement came weeks after the Pennsylvania attorney general released a grand jury report that detailed the alleged sexual abuse of at least 1,000 children by about 300 priests over 70 years in the commonwealth.

Lawyer: McGann was St. Agnes Msgr. at time of abuseBishop John Raymond McGann led the Roman Catholic Diocese of Rockville Centre and ministered to ... LI diocese settles nearly 300 sexual abuse claimsThe Rockville Centre Diocese declined to disclose an estimate of the total amount for the settlements, but lawyers for the victims said the awards range from about $25,000 to $500,000 each.