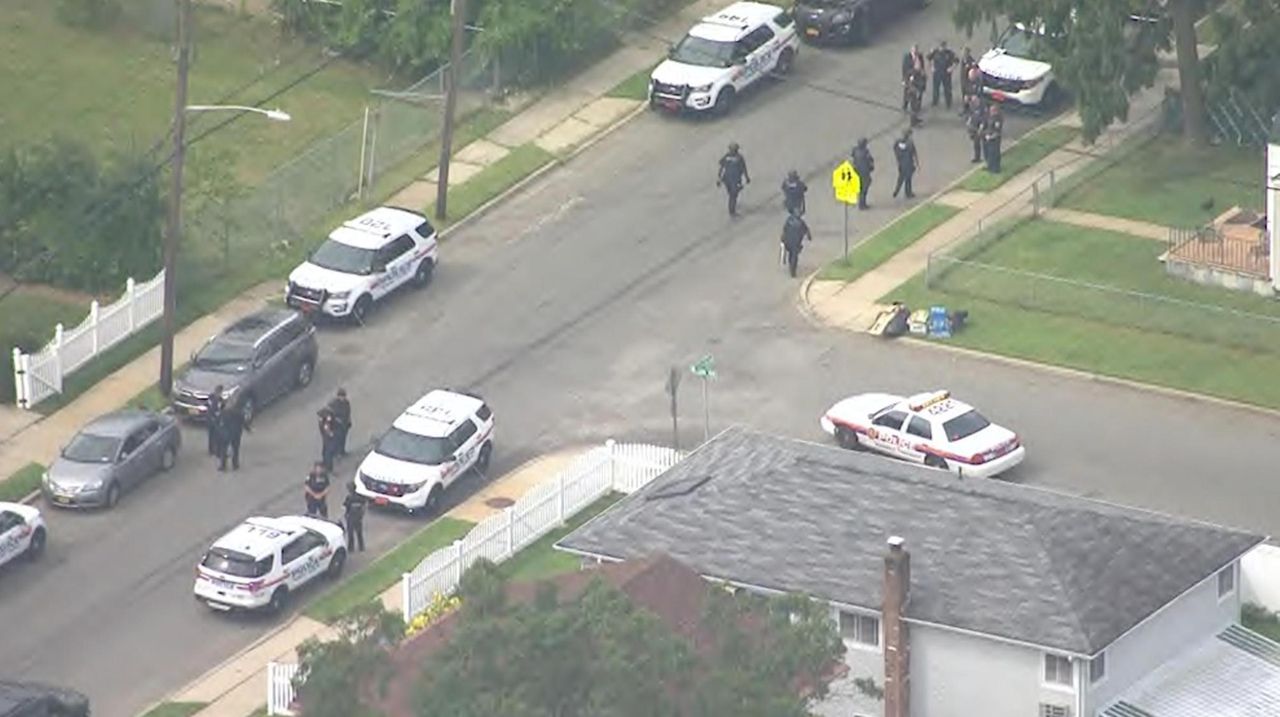 A Roosevelt man fired three shots from a handgun into the ground near the football field at Roosevelt High School Tuesday morning following a dispute with two school landscapers about a fallen tree that had landed on his property, Nassau police said.

The landscapers and the roughly 140 teachers and students on the school grounds were unharmed while the man surrendered to authorities after barricading himself in his home, said Nassau Police Commissioner Patrick Ryder. Police on Wednesday identified the man as Lennox London, 36.

The incident began shortly after 9 a.m. Tuesday when the suspect, who lives on Bauer Avenue, which abuts the Wagner Avenue high school, got into a verbal dispute with two school custodial staff members, Ryder said.

“He goes into the school grounds and confronts them about some landscaping dispute,” Ryder said in an interview. “And then he pulls out his weapon and fired three rounds into the ground.”

The school, which went into immediate lockdown, was not in session. But about 40 teachers and another 100 football, soccer and track athletes were there — many of whom were on the field at the time of the shooting.

Students and staff at nearby Roosevelt Middle School on East Clinton Avenue also sheltered in place during the lockdown, according to Det. Lt. Richard LeBrun.

The suspect then barricaded himself in his home, which was occupied by his brother, an older woman and a 6-year-old child, Ryder said.

Patrol officers, emergency service officers and the Bureau of Special Operations surrounded the house and the man surrendered without incident, he said.

“Everyone was taken out of the house safely,” Ryder said.

A search warrant was executed Tuesday to recover the weapon from inside the home, according to a joint statement from Ryder and Nassau County Executive Laura Curran.

London was arraigned Wednesday morning in First District Court in Hempstead on charges of attempted murder and criminal possession of a weapon. He was remanded and is due back in court Friday. He was represented by the Legal Aid Society of Nassau County, which has a policy of not commenting during the arraignment stage of a case.

The school district website alerted parents to the incident while it was going on. "The High School and Middle School are on lockout due to an incident in the area. Everyone is safe and secure. Please do not approach the surrounding areas. Police have the area secure."

Ryder and Curran said school security officials countywide have been trained by the police department to prepare for active shooter situations. The RAVE Panic Button, a smartphone-based app that alerts authorities in the event of an active shooter or emergency situation, has also been installed in all Nassau public and private schools, officials said.