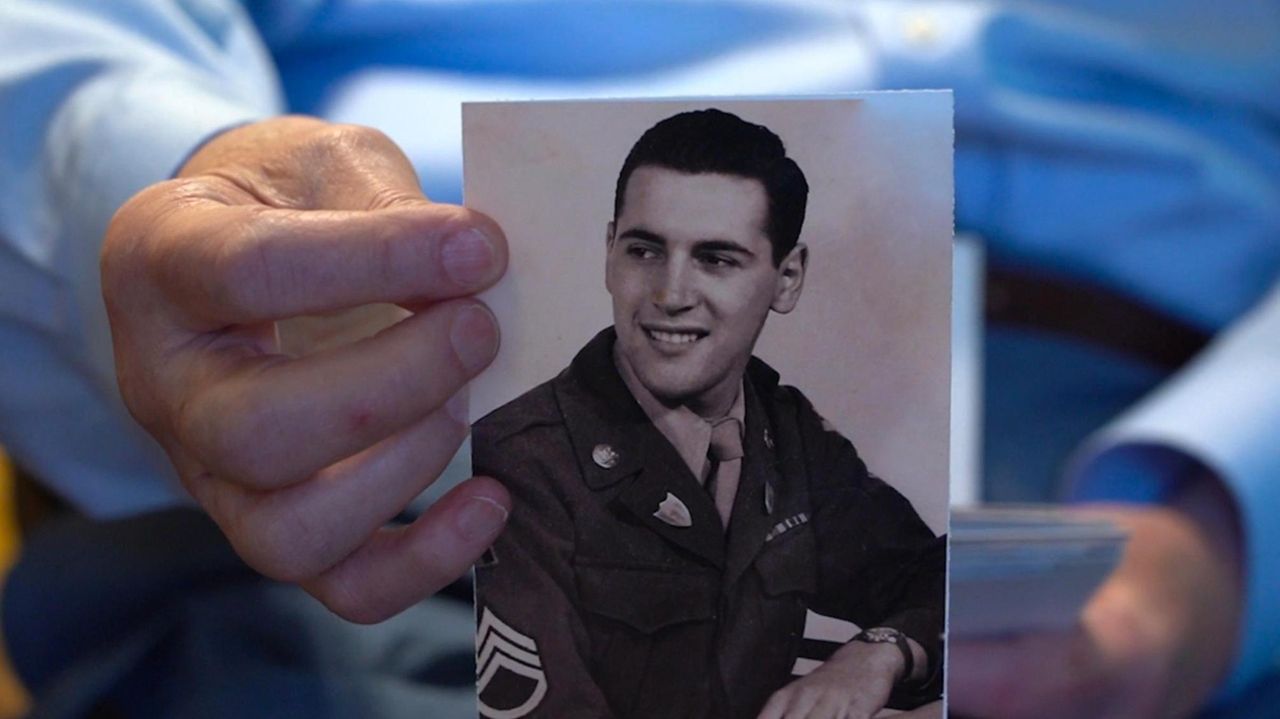 World War II veteran Gil Blum, of Roslyn, sat down with Newsday on Thursday and spoke about the importance of remembering those who fought for our freedoms as we honor the 75th Anniversary of the end of the war. Credit: Charlie Eckert

Gil Blum of Roslyn remembers well, if not too well, the carnage of World War II when the Bronx native and his fellow soldiers steamrolled across Europe in Sherman tanks to confront the Nazi threat.

“It was a tall order, a very defining moment in American history,” Blum, 94, said this week, recalling the trauma of seeing buddies in uniform killed in front of him by German munitions that just missed his tank.

On Saturday, Blum will join the Museum of American Armor and Nassau County in an online observance of the 75th Anniversary of the end of World War II.

Blum, whose platoon liberated a concentration camp north of the German town, Nordhausen, where Nazi Germany built and assembled the V-1 and V-2 rockets, remembered the relief he felt when, as his unit was preparing to enter the Pacific Theater in August of 1945 after the Germans surrendered, the war took a dramatic turn — the United States detonated a nuclear bomb Aug. 6 over Hiroshima, Japan.

That was followed by another bomb over Nagasaki three days later, Japan’s surrender a week after that and, ultimately, on Sept. 2, 1945, the formal end of a war that took tens of millions of lives.

The ceremony Saturday runs from 11:30 a.m. to 12:30 p.m. with a livestream on WABC-TV of vintage armor-on-parade — like the very Sherman tank where Blum performed his service — and an interdenominational prayer service.

It will stream live at www.abc7ny.com as well as over WABC's connected TV apps on Amazon Fire TV, Android TV, Apple TV, Roku, and www.nassaucountyny.gov.

“It’s a sacred event,” said Museum Curator Kevin Carroll, noting that the commemoration will bring together those on opposite sides of the political aisle in a show of unity for the country.

“It is kind of reminiscent of what’s happening now in a time of non-divisiveness and nonpartisanship because we’re all fighting COVID-19, hopefully together,” Carroll said.

In a news release, Armor Museum president and founder, Lawrence Kadish, said, “We cannot, and will not, allow this pandemic to prevent us from paying proper tribute to an entire generation that saved the world from a dark and murderous fate.”

Blum, who declined to accept a Purple Heart for a combat wound because he said he didn’t feel worthy of the medal after seeing his comrades maimed by the war, said he’s grateful for the role he played in the conflict.

“I am very proud of that,” said Blum, who served for another year and arrived in Staten Island on July 4, 1946, ending his Army career as tech sergeant. “I was also very proud of my outfit and the things that we did.”