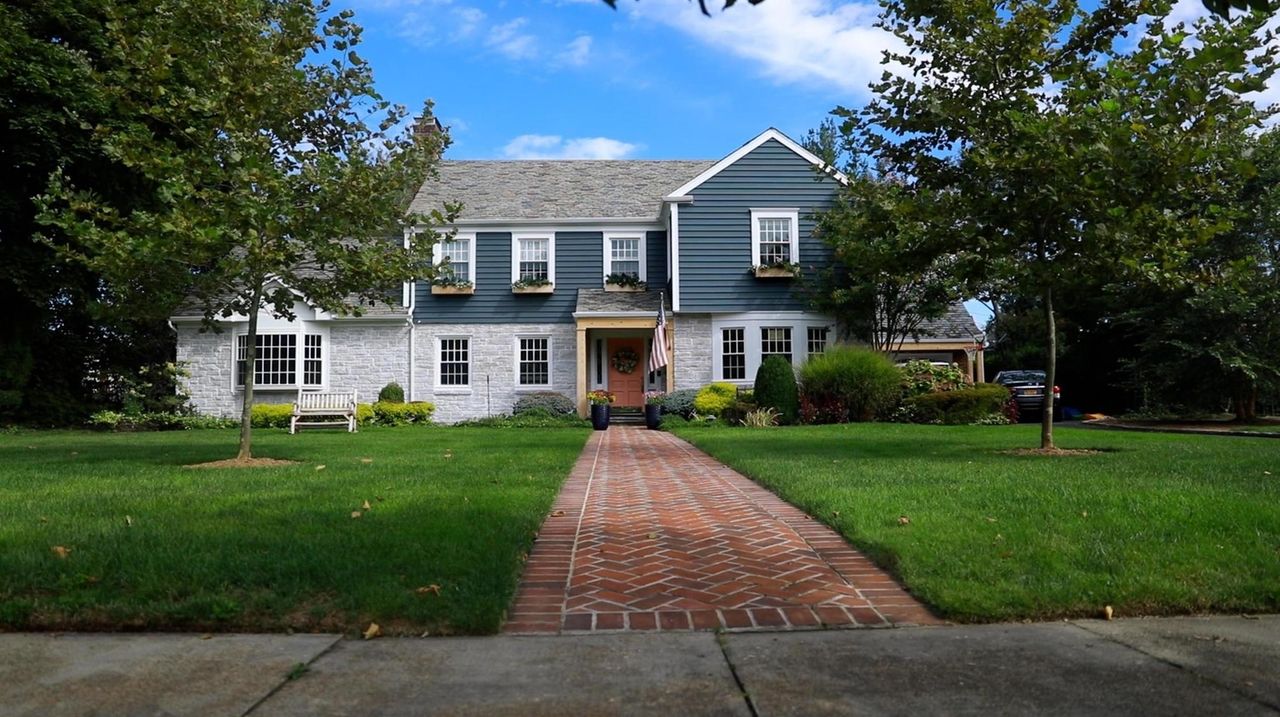 Ruth Bader Ginsburg got married in her husband's family home in Rockville Centre. The Schiele family, who purchsed the house in 2016, opened up their home to Newsday on Sunday. Credit: Newsday / Raychel Brightman; Photo Credit: AP / Ed Bailey; Collection of the Supreme Court of the United States via AP; Doug Mills; WDC Photos / Alamy Stock Photo

Ruth Bader Ginsburg began her married life in 1954 in the wood-paneled living room of a two-story Colonial in Rockville Centre.

The couple — Ruth Bader and Martin Ginsburg — decided to get married on Long Island at his family’s home, 37 Dogwood Lane, to save money on wedding costs — the guest list was limited to 18 family members — and spend it instead on an extended honeymoon in Europe, according to "Ruth Bader Ginsburg: A Life," by Jane Sherron De Hart.

The house is now owned by Chloe Schiele, who says she heard about the Ginsburg connection when she first bought it.

The sellers were Claire and Edward Stiepleman — Martin Ginsburg’s sister and brother-in-law.

"It’s nice," Schiele said in an interview outside the house, an American flag hanging from the porch. "It’s a great source of pride."

Since the news of the justice’s death — Ruth Bader Ginsburg died Friday at her home in Washington, D.C., of complications from metastatic pancreatic cancer — there have been several knocks on the door of Schiele’s house, she said.

Except for the ceiling, she said, the living room is relatively the same as it was when Ruth Bader and Martin Ginsburg were wedded in 1954.

"They got married in front of the fireplace and we made some changes to the room, but we haven’t changed much," she said.

Martin Ginsburg’s family’s house in the suburbs sat at the edge of the Rockville Centre Golf Course and Country Club, and was a contrast from the downstairs apartment in Flatbush, Brooklyn, where Ruth Bader grew up, the biography said.

"The Ginsburg residence resounded with the sounds of Marty’s lively younger siblings and the constant talk about golf by parents and son," the biography said.

But the family couldn’t join the nearby country club: Jews, like the Ginsburgs, were barred.

Ruth’s own mom had died on the eve of her high school graduation, and her future-in-laws incorporated her into their Long Island life, including Martin’s father, Morris, who used his connections to get her summer work at an Abraham & Straus department store on the Island, the biography said.

And on the future justice’s wedding day, her new mother-in-law placed a pair of wax ear plugs in the young bride’s palm.

Six decades later, then-Justice Ruth Bader Ginsburg said, the wisdom guided not only her marriage of 56 years, but also "in every workplace, including the Supreme Court," where the liberal justice befriended some of her ideological opponents.

"When a thoughtless or unkind word is spoken, best to tune it out," the justice wrote in 2016. "Reacting in anger or annoyance will not advance one’s ability to persuade."