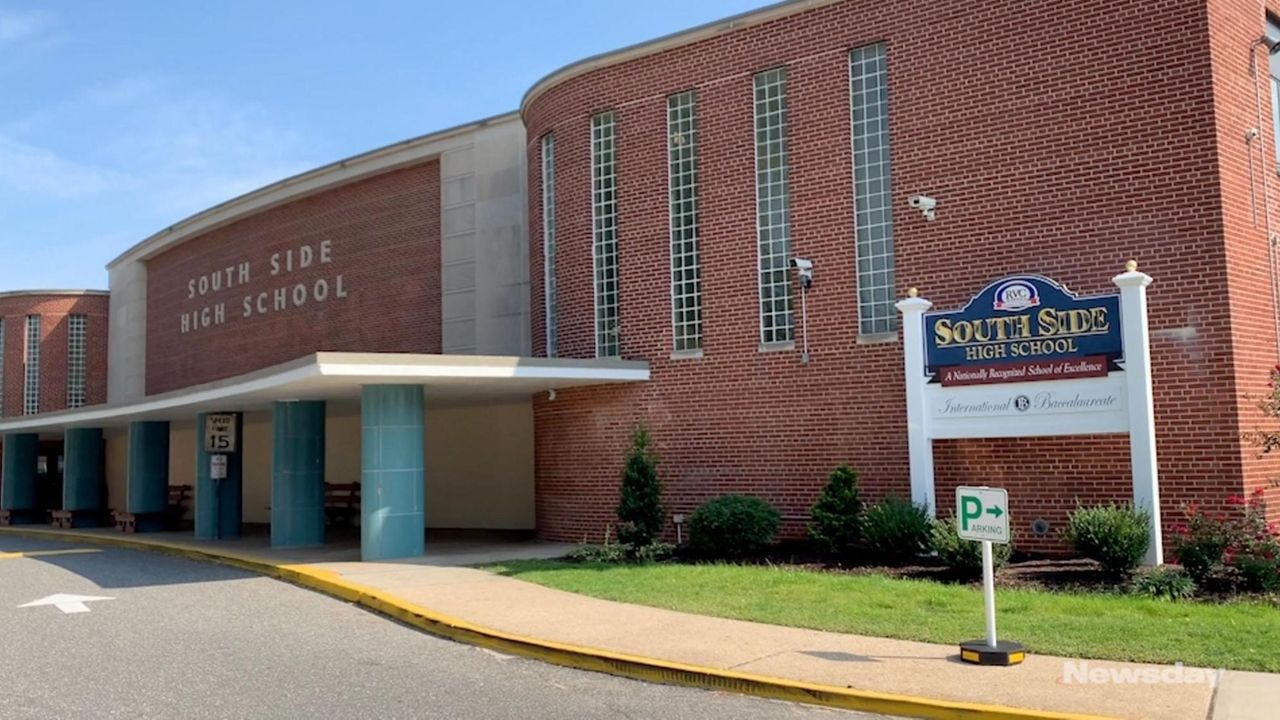 Sen. Chuck Schumer (D-N.Y.), speaks at a news conference Monday at South Side High School in Rockville Centre about the ransomeware attacks on the school district, calling for the federal government to boost efforts to fight cyberattacks. Credit: Howard Schnapp

Senate Minority Leader Chuck Schumer (D-N.Y.) and other elected officials called Monday for the federal government to boost efforts to fight cyberattacks after a ransomware virus in July forced the Rockville Centre school district to pay hackers nearly $90,000 to restore its computer system.

Such attacks can paralyze the day-to-day operations of local governments and agencies, Schumer said at a news conference in Rockville Centre, and they have become increasingly common.

To address the problem, Schumer called for the passage of federal legislation that would create teams within the U.S. Department of Homeland Security to help local governments prepare for and respond to such attacks, and for the Federal Bureau of Investigation to prioritize combating them.

"You cannot expect the Rockville Centre school district to fight on its own against ransomware," Schumer said at the news conference at South Side High School. "Homeland Security knows how to do this. They've just got to spread the information."

The July attack in Rockville Centre temporarily encrypted the district's computer files through a ransomware virus known as "Ryuk," making them inaccessible to district employees. The 3,500-student district ultimately relied on insurance to pay the hackers $88,000 in bitcoin to unlock the files, district officials have said.

The Mineola school district faced a similar attack this summer, but it did not have to pay a ransom because it had backed up its files elsewhere, Newsday has reported.

The proposed "Cyber Hunt and Incident Response Teams" would provide "intrusion analysis tools … help identify malicious actors," and "suggest mitigation assistance strategies" to the agencies and utilities that have proved vulnerable to such cyberthreats, Rep. Kathleen Rice (D-Garden City) said at the conference.

"Criminal hackers are only growing bolder and more sophisticated. They will stop at nothing to extort taxpayer dollars," Rice said.

Rice said the House of Representatives has already passed the bill. Schumer said the measure has bipartisan support in the Senate, and he will push for its inclusion in the upcoming federal budget bill.

The attacks, many of which originate in Eastern Europe, have hit municipalities throughout the country in recent years, including Albany, Baltimore and Atlanta, the officials said. Often the malware will penetrate the target network by tricking users to enter a password or click on an innoucous-seeming email attachment that contains viruses.

Asked about efforts to identify the culprits of the Rockville Centre attack, Schumer said the FBI investigates all such hacks, but "they don't talk about it while they're doing it."

"It's not a matter of if a school district will be attacked," he said. "It's a matter of when."