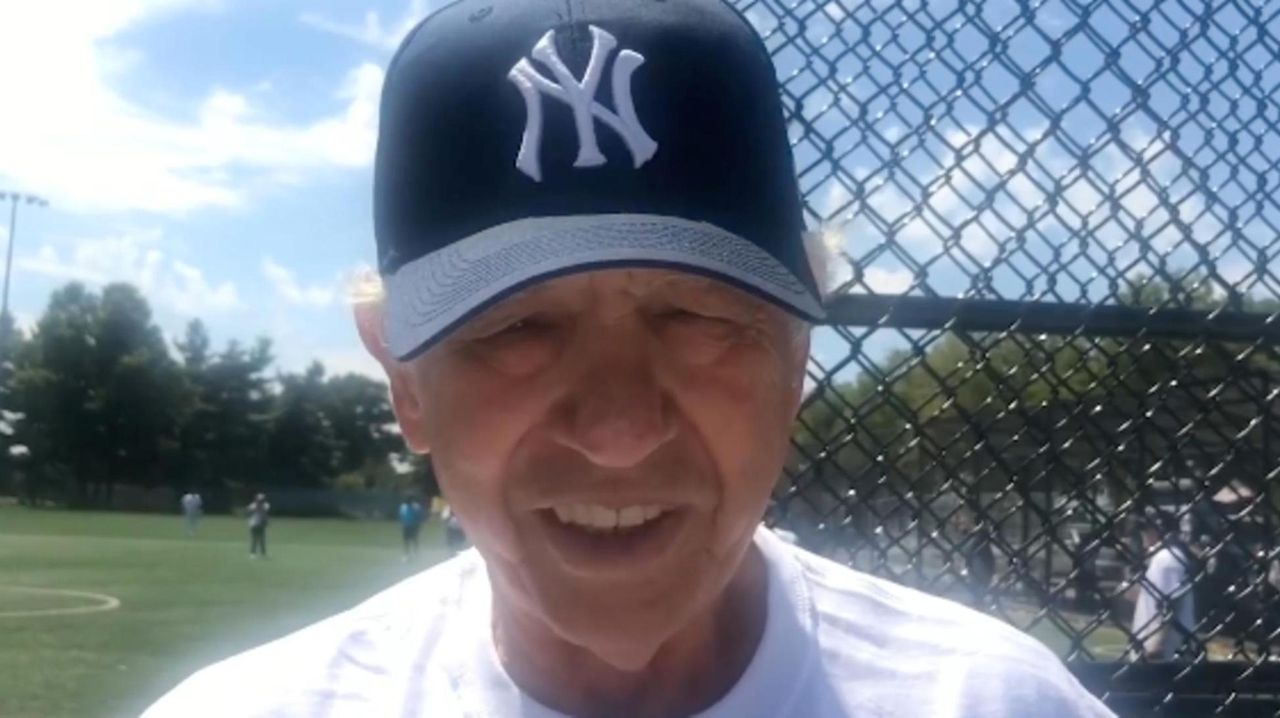 Drive by Hicksville's Cantiague Park on a weekday morning in the summer, and Nick Clarelli may be there, adjusting his knee brace and stretching. An athlete knows he has to take care of his body.

Clarelli is 80 and has 56 softball games to play over a six-month season. He is one of 130 members of the New York Senior Softball Association, a Nassau County league for players 68 and older.

“It gives us a reason to get out of bed in the morning,” said Clarelli. Twice a week, his 15-man squad plays a four-inning doubleheader. “I take my anti-inflammatory pills and I’m ready to go.”

On Wednesday, Clarelli and other league standouts, ranging from 73 to 92 years old, played in its annual All-Star Game at Cantiague Park, the day after Major League Baseball showcased its best players. This year, the softball game, which was sponsored by The Bristal Assisted Living, commemorated the Yankees’ 1978 World Series win over the Dodgers. Clarelli's team lost 14-5, but he came away with two singles and a Yankees cap.

Clarelli was an outfielder in high school. He hit .387 when he played for the Long Island Agricultural and Technical Institute, which later became Farmingdale State College, in the 1950s.

Clarelli said the Yankees had offered him a Class C minor league contract for $400 a month after a walk-on tryout when he was 19. But his father had recently died from cancer, and leaving his mother alone in Franklin Square wasn’t an option, he said. He took a job at Kinney Shoes in Franklin Square to help take care of his mother. He has worked in retail ever since.

“At that time, I had to make the decision to play with the Yankees for $400 a month or to stay home with my mother,” he said.

He played baseball for a few more years but eventually stopped around age 25. He later coached his son's teams.

About seven years ago, the outfielder started reliving his ballplayer dreams through a local league. This year, he's a member of the senior softball league's Mets squad. Team managers draft all 130 players in the senior league to fill the teams, which are named after Major League Baseball teams.

Although the players are older,  the competition is still tough. Clarelli has had his torn meniscus repaired and he plays with a rotator cuff injury.

Joe Ditaranto, 80, commissioner of the New York Senior Softball Association, said the league serves as a kind of therapy for players.

“When we cross that line everything goes out of our head," said Ditaranto, of Bayside. "All we think about is how we are going to get that guy out.”

By the All-Star break, Clarelli's team was tied for fourth place, with a 16-14 record.

“Nobody is out there just for exercise," he said. "They’re out to win."

Correction: An earlier version of this story gave an incorrect range of ages for players in the senior softball league's All-Star Game.