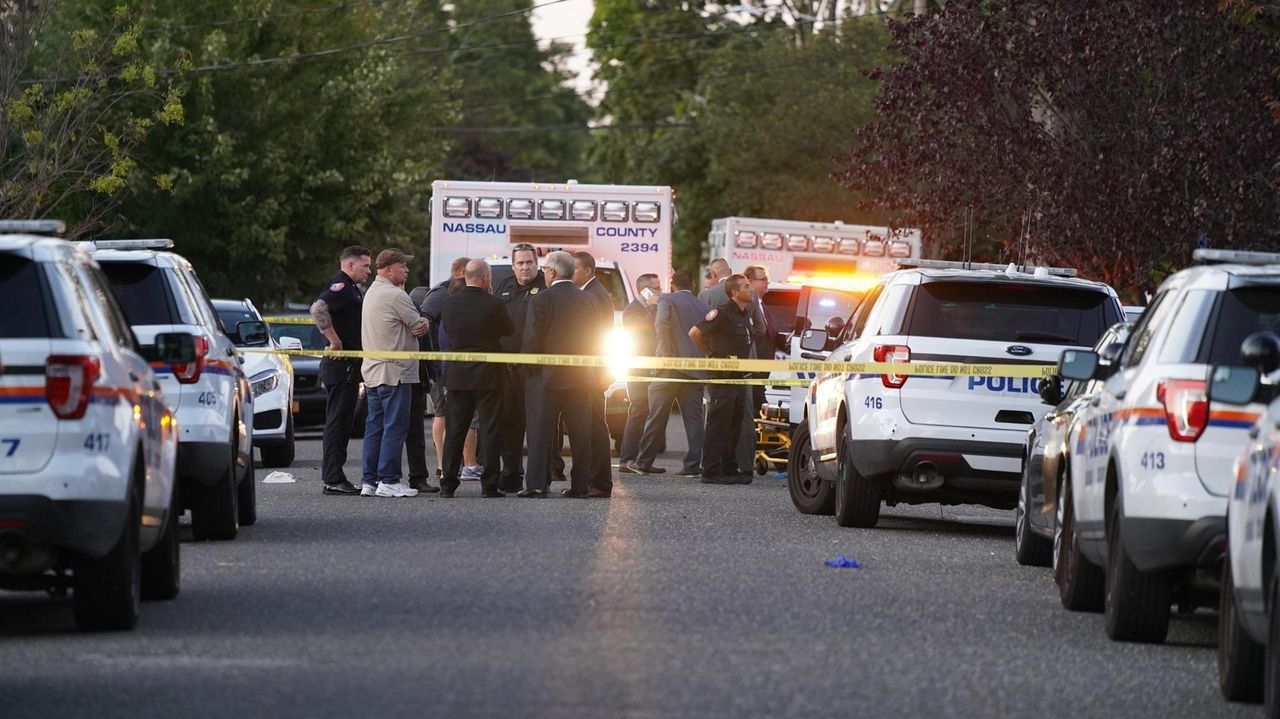 A man with a history of mental illness was shot and killed by Nassau police at an Oceanside home on Tuesday, after he charged at them with a knife and a sword, Police Commissioner Patrick Ryder said.  Credit: Jim Staubitser

A man with a history of mental illness was shot and killed by Nassau police Tuesday night inside an Oceanside home after he charged at them with a samurai sword, Police Commissioner Patrick Ryder said.

The shooting, just after 6 p.m., came after officers responded to a disturbance call made by the man's father, Ryder said.

Two officers arrived at the home in the 2600 block of Columbus Avenue and went inside to find the father and son involved in an altercation, Ryder said.

"The son was very distraught," the police commissioner said at a news conference near the home. "He had knives in his hand. Then he dropped those knives and he picked up a samurai sword."

The 36-year-old man, whom police did not identify, refused repeated demands from officers to put down the weapon, Ryder said.

He died at a hospital, Ryder said.

The police commissioner said the man had a history of mental illness and was receiving treatment.

“The father was the one who called us,” Ryder said. “We came here looking to help that family out, and it ended the way it ended.”

Both of the officers who first encountered the man fired their weapons, according to police officials.

“The dad was very supportive, understood, and said the officers did everything they could. … before they had to fire that weapon,” Ryder said. “It’s a tough job. We stand by our officers. Tonight is another testament to the hard work they do.”

Four officers, including the first two on the scene, were hospitalized Tuesday night, Ryder said. Another officer was injured in a vehicle crash responding to the home, Ryder said. A fourth officer suffered an injury while doing CPR on the man shot by police, the commissioner said.

The first two officers at the home also responded to Monday afternoon’s fatal stabbing of a 16-year-old boy at an Oceanside strip mall.

“Both of these officers were the second and third car at the scene last night at the stabbing,” he said.

The officers were distraught, Ryder said, and underwent treatment for trauma Tuesday night at a hospital.

“It’s a tough situation that everybody was involved with," Ryder said. "The officers did everything they could.”

As investigators huddled in the middle of Columbus Avenue behind yellow police tape, a phalanx of emergency vehicles lining both sides of the tree-lined street, neighbors and onlookers gathered nearby but declined to comment.

Day after NY reopening, not all are ready to drop safety measures
Village residents across LI elect new mayors, trustees
29:58
Summer camp outlook: Sun, fun and, sometimes, masks
Floral Park offers easy commute, sense of community
How to get a COVID-19 vaccine appointment
Cohen Children's tops list of best hospitals for kids
Didn’t find what you were looking for?