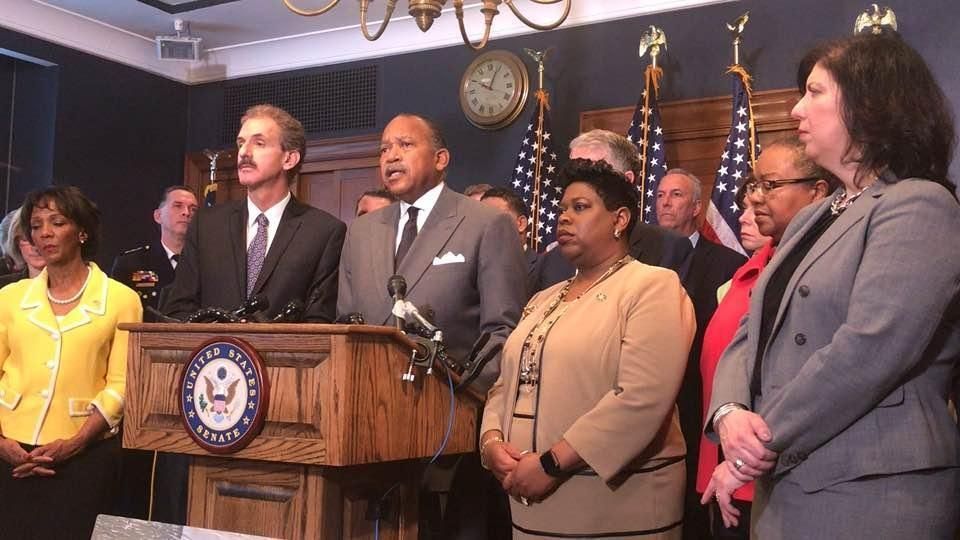 WASHINGTON - Prosecutors, police officials and lawmakers from across the country and both sides of the aisle joined their voices Wednesday on Capitol Hill at an “emergency legislative summit” against a bill that would allow concealed-carry permit holders to retain their rights across state lines.

The Concealed Carry Reciprocity Act, which was approved later Wednesday by the House Judiciary Committee, would require each state to recognize permits granted in other states — whatever the local firearms laws.

“It turns policing on its head because now police officers will have to assume there’s going to be thousands of more guns on the streets of Nassau County and they’re going have to adjust,” the county’s district attorney, Madeline Singas, told Newsday.

Prosecutors Against Gun Violence, which was co-founded by Manhattan District Attorney Cyrus Vance Jr. and counts Singas among its national roster of members, has long lobbied against the legislation as dangerous to the public and law enforcement officers.

The bill’s sponsor, Rep. Richard Hudson (R-N.C.), said it does not make it easier to purchase a firearm or arm criminals. He tweeted that it will enable “law-abiding citizens to exercise their right to self-defense when they cross their state’s lines.”

“The bottom line is: It is the severity and it’s the rationality of our strict gun laws that has changed the culture and the awareness about bringing guns in New York City,” Vance said. “If you do, you may end up in state prison.”

King called the concealed carry bill a violation of conservative principles in addition to a threat to police officers.

“Local government should have the right to determine who has a weapon in that locality and what the rights and privileges are,” he said.

The prosecutors’ group supports a proposal by Sen. Dianne Feinstein (D-Calif.) to ban bump stocks that make semiautomatic weapons function like automatic ones. The device was used in the Oct. 1 massacre at an outdoor concert in Las Vegas.

It gathered in Washington, D.C. on what Clark County, Nevada, District Attorney Steve Wolfson noted was “58 days after 58 people were murdered.”