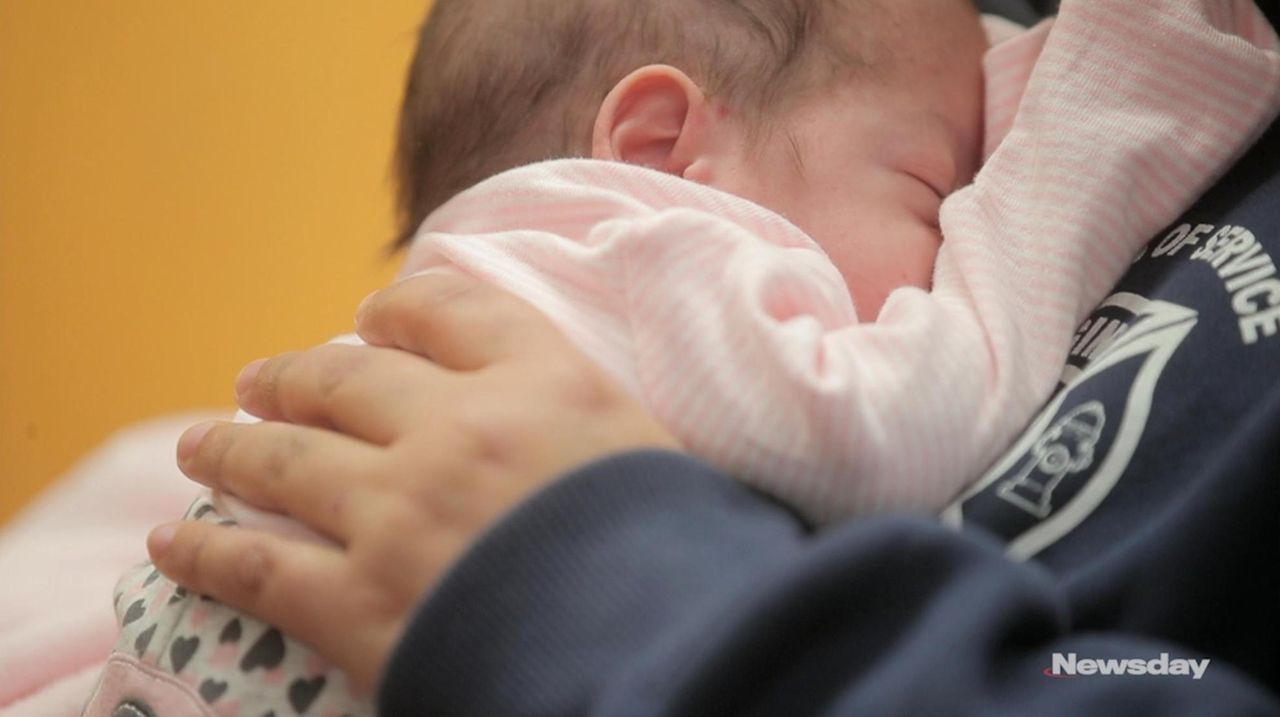 Three months ago, Hannah Rodriguez  could fit in the palm of her mother’s hand.

She was born 13 weeks prematurely and weighed just 1 pound, 4 ounces — the smallest baby ever delivered at Nassau University Medical Center in East Meadow, officials said. Thirty-seven to 40 weeks is a full-term delivery.

Her doctors called her a miracle.

“This small, most babies don’t make it,” Dr. John Riggs, chairman of NUMC’s obstetrics and gynecologist department, said Monday at a news conference.

Hannah's mother, Jennifer Pena, 27, of Freeport, brought her home for the first time earlier this month. She’s still small for her age, weighing about 5 pounds, 5 ounces, but Dr. Krishan Kumar, the hospital’s chair of pediatrics, said she’s “closing the gap.”

Doctors performed an emergency cesarean section on Pena on July 11 after noticing Hannah’s irregular heartbeat and that she was barely growing, Riggs said. She was delivered at 27 weeks, but weighed about as much as a typical 22-week-old en utero.

After the procedure, Pena recalled watching Hannah in her bassinet, seeing the ribs that jutted from her newborn’s body and watching her chest heave up and down with each heartbeat.

Doctors warned her that the odds were stacked against the newborn, but Pena said she never lost faith. Hannah remained in the neonatal intensive care unit for the next few months, where she was fed through an IV, given blood transfusions and antibiotics, and breathed with help from a respirator.

Pena said she was so grateful to the hospital staff members, who seemed to care for baby Hannah as much as she did.

“I’m in love with her and everybody here,” Pena said at the news conference.

“It is such a proud moment for us, as the pediatric department of the hospital,” Kumar said. “This could not have been done without our team of dedicated doctors and nurses.”

On Monday, the medical staff that cared for the mother and daughter, along with Nassau County Executive Laura Curran, gathered at NUMC to celebrate Hannah. They called her a “fighter” and talked about how lucky she’d been, while the girl dozed in her mother’s arms wearing a onesie whose sleeves were still far too long for the girl.

“It’s a miracle girl. She was born like this,” Kumar said, opening his palm, “And now look at her size.”

Forecast: Rain Monday gives way to cool, drier week ahead
1:14
COVID-19 restrictions continue to loosen, as leaders work to reach vaccine holdouts
2:07
Parents conflicted over whether to get kids 12 to 15 inoculated
0:23
River otters returning to Long Island but they face danger
1:41
200 mph train from NYC to Long Island to Boston proposed
Oyster Bay begins formulating management plan for town harbors and bays
Didn’t find what you were looking for?