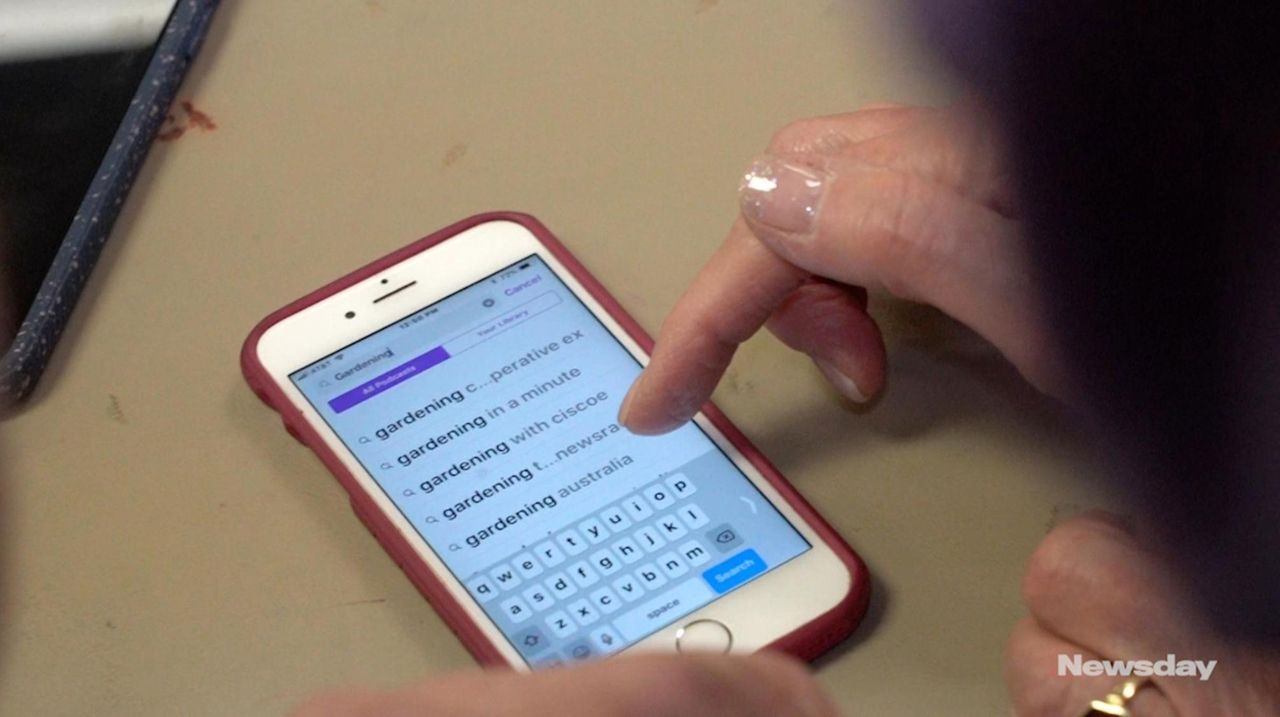 Eileen Kelly has owned her iPhone for more than six years, and in that time she only used it for making phone calls and sending text messages.

Kelly said her daughter purchased the smartphone years ago, but never explained the device's full capabilities. Now Kelly, 80, of Williston Park, is learning how to use her iCloud storage and access her voicemail inbox.

She and dozens of other North Hempstead senior citizens are getting technology tutoring from Barbara Mehlman. Mehlman's "Technology for the Terrified" courses have existed since 2017, but her classes have been growing in popularity in recent months, partly because North Hempstead Town is advertising the classes more and also because of word of mouth about Mehlman's tutelage.

"As long as she's the one teaching the lessons, I will be coming to every class," said Kelly, who recently learned how to set an alarm on her smartphone.

Classes are free, last an hour and are open to North Hempstead Town residents 60 and older. They are usually taught at Clinton G. Martin Park in New Hyde Park.

Mehlman, 76, of Great Neck, worked in technology retail sales at the Apple store in Manhasset for more than six years and said seniors always came to her with technology questions. Those experiences led Mehlman to pitch her class idea to North Hempstead Town officials in 2016.

Classes began in 2017 and from there "it just blossomed," Mehlman said. She teaches a monthly class that covers smartphone basics, online banking, FaceTime videochatting and more.

Supervisor Judi Bosworth said that Mehlman, 76, is the perfect person to teach seniors because Mehlman has the know-how and she's "a fellow senior" who is relatable.

"Barbara’s knowledge of technology and her knack to teach it in a relaxed environment is a winning combination," Bosworth said. "These classes are always filled to capacity."

Long Island's rising senior population may play a role in why Mehlman's classes are well-attended. The number of Long Islanders over 65 increased 33 percent  from 2000 to 2016, higher growth than other New York metropolitan areas, according to the Long Island Index 2018 report.

Mehlman said even though today's seniors didn't grow up using mobile devices, people in their 60s, 70s and 80s can learn all facets of smartphones, tablets or laptops. All it takes is a willingness to learn and patience from someone who knows the technology, Mehlman said.

Mehlman said she's motivated to teach these classes because senior citizens could be missing out on ordering groceries from home or videochatting with their grandchildren hundreds of miles away.

"Everybody needs to be technologically savvy, no matter how old you are," she said. "There are some companies that won't even deal with you if you don't have an email address."

Aside from Mehlman's courses, there are efforts across Long Island to help seniors use technology better.

The Northport-East Northport Public Library offers classes from SeniorNet, a Huntington-based nonprofit that teaches technology to people 50 and older. In February, the organization showed seniors how to stream video to a cellphone or tablet. Later this month, SeniorNet will explain how to save files to cloud-based storage drives like Dropbox or Google Drive.

Dorothy Campbell of Mineola, took Mehlman's classes in 2017 and 2018. Campbell, 83, said she likes them because Mehlman "doesn't talk like a technical person" and she repeats concepts and steps until everyone in class understands.

"I'm not technologically astute," Campbell said last week, holding a smartphone she bought two years ago. She said she would like to learn how to start and chat in a group text. "Unless somebody shows you this stuff, you're up the creek."

Before Barbara Mehlman teaches her technology class, she introduces students to some of the basic terminology she will discuss in class:

Copying or archiving your computer files to a different computer or storage device for the purpose of retrieving those files later in case of emergency.

The act of accessing computer files from one device and bringing them onto your computer or mobile device, typically using the internet.

Uniform Resource Locator, which refers to the string of text address someone must type into a web browser to access pages of the internet.

The act of sending a computer file from your device or computer to a different, oftentimes much larger, computer system.

A series of keyboard characters that must be typed onto a device to access blocked or secured pages on the internet, such as bank accounts or social media profiles.

3:04 Nassau DA: Doctor charged with murder in deaths of 5 patients
1:26 State sees decreasing virus positivity, but LI yields higher rate
4:01 COVID-19: From 799 deaths in one day to path back to normalcy
What you need to know about COVID-19 vaccine development
Way to Go! Mineola senior launches college help website
Cuomo: NY pushing toward reopening, agreeing to limit COVID-19 powers
Didn’t find what you were looking for?