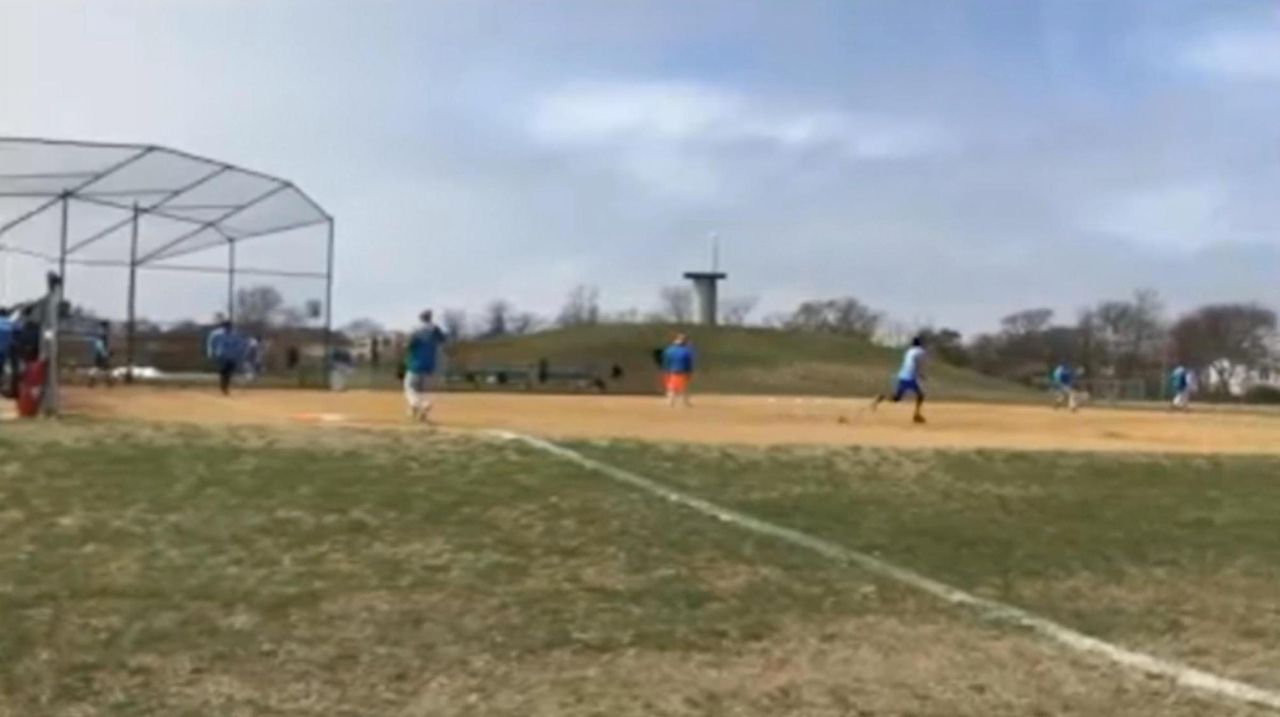 More than 1,000 athletes participate in the Hicksville-based South Asian Sports Network, which claims to be the largest sports organization for South Asians in North America.  Credit: Newsday / Rachel Uda

A league that started as a pickup softball game in Plainview  14 years ago has grown to include more than 1,000  players and now claims to be the largest South Asian sports organization in North America.

The Hicksville-based South Asian Sports Network has been a way for Long Island’s South Asian community athletes to network and play in an environment where they feel comfortable, league founder Ammad Sheikh said. People from across Long Island, from New York City and New Jersey, too, participate in the league’s softball, football, basketball, ultimate frisbee and bowling teams, Sheikh said.

“I never envisioned it was going to become this big,” he said.

The league started in 2005 at Plainview-Old Bethpage Middle School, when Sheik said he and a few friends —  mostly of Indian, Pakistani and Afghan descent — gathered on the school field for a slow-pitch softball game. They eventually had enough players to field four teams, but police asked them to leave the venue because they didn’t have a permit, Sheikh said.

Sheikh obtained permits from Nassau County, and the first official games were held a couple of months later in Cantiague Park in Hicksville.

The league has grown steadily, mirroring the expansion of  the county’s South Asian community, said Sheikh, who was raised in Hicksville.

“We’re a microcosm of what’s happening overall in Nassau County,”  he said. “You can tell how the community’s exploded on Long Island, because we have so many teams.”

Each sport in the league has multiple divisions for different skill levels. The league is made up of teens and men of all ages, but Sheikh said it is looking at adding badminton, which would be the first sport open to women.

Participants pay a fee to cover insurance, field time and the cost of uniforms. Players from all backgrounds are invited to join.

Referees have been instructed about cultural customs and are sensitive to the needs of different ethnic groups, Sheikh said. When they first started playing basketball games, Sheikh said, they had to prepare a document explaining  that Sikh men are required by their religion to cover their hair. A referee unaware of the requirement had ordered a player to remove his bandana.

All games during the month of Ramadan — when observant Muslims fast from dawn until sunset —  take place at night,  and players don’t have to contend with afternoon heat and worry about dehydration.

Farrah Mozawalla, director of the Nassau County Asian American Advisory Board, said the league “plays a vital role in our community.” For its younger members, Mozawalla said, it provides a “competitive environment and allows them to develop leadership skills,” and creates a platform for communities to give back.

Through fundraisers and contributions, the network recently started  funding construction of water wells in India, Pakistan and Sri Lanka . It also provides scholarships  for teens headed to college.

Razi Hussaini, 42, of Farmingdale, has played softball in the league since it started. He said Sunday while  with his team, the Hit Squad, that he’s found the organization invaluable as a networking tool.

“It’s more than just softball,” Hussaini said  in the dugout of Newbridge Road Park. “I’ve made so many friends here.”