A box truck on Friday struck the same Southern State Parkway overpass that was hit by a coach bus full of students nearly two months ago, officials said.

Shortly before noon the truck, traveling east, hit the Eagle Avenue bridge at Exit 18 in Lakeview, causing traffic delays. according to the state Department of Transportation website informny.com.

It was unclear whether there were any injuries.

A State Police spokesman was not immediately available for comment. 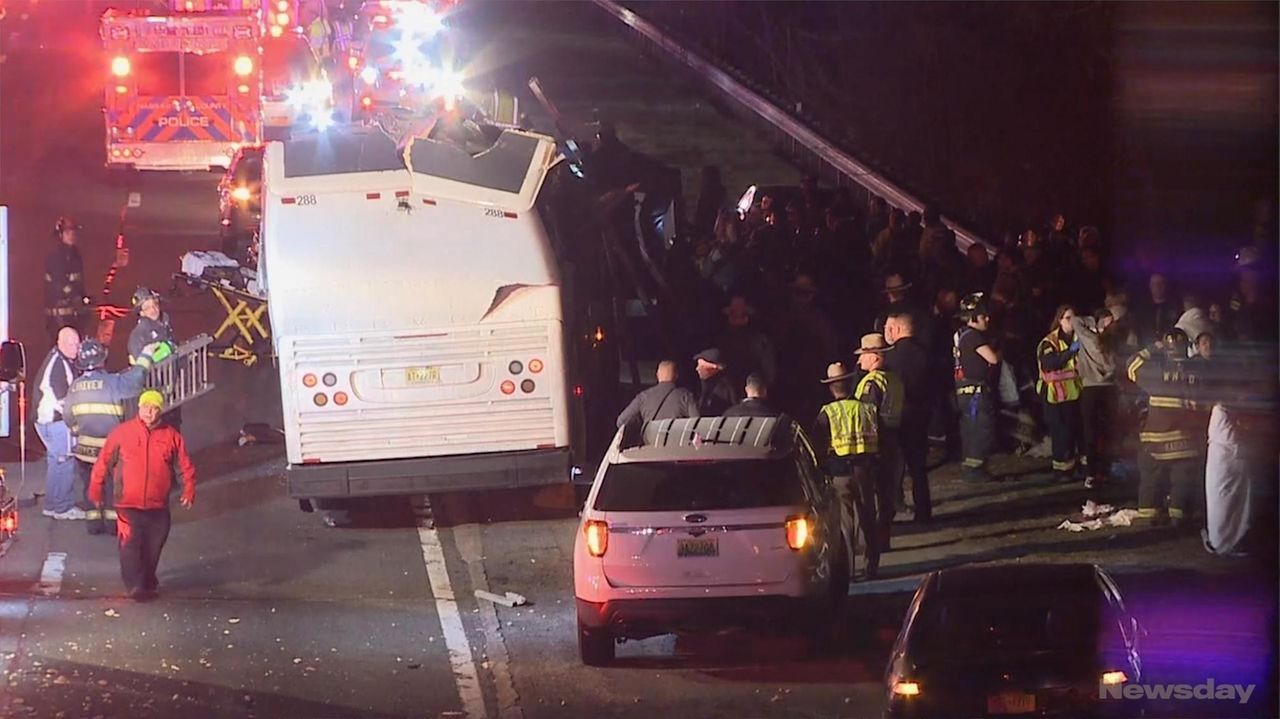 The driver of the coach bus that struck the same overpass on April 8 — shearing off the bus’ roof and raining debris on the 44 aboard — used a “noncommercial vehicle” GPS that routed him onto the restricted parkway, State Police said after the crash.

The bus was carrying 38 students and five chaperones — most from Huntington High School — returning from a spring break trip to Europe.

The crash crushed the roof of the white bus down to the tops of the seats’ headrests for the length of the vehicle, leaving two 17-year-old girls seriously injured, five others with moderate injuries and about three dozen with minor injuries.

16 overpasses, then disaster: See the routeThe driver in the Southern State Parkway bus crash that injured 43 passengers appears to have taken a route from the Belt Parkway to the Southern State Parkway as he tried to get to his destination in Huntington Station, according to investigators. Watch as we drive the suspected route, which would have taken him under 16 overpasses with clearance warning signs as low as 7 feet, 3 inches before striking the overpass at Eagle Avenue. Bus crash responders: It could have been much worseEmergency workers from several departments scrambled after the first call. Now all they can think about is how much worse the injuries could have been. Crash victims: A jolt, flying glass and roof caving"I just heard a loud thud," one passenger recalled. "And then I just see, like, the roof just starting to completely cave in and I start tasting, like, fiberglass in my mouth."