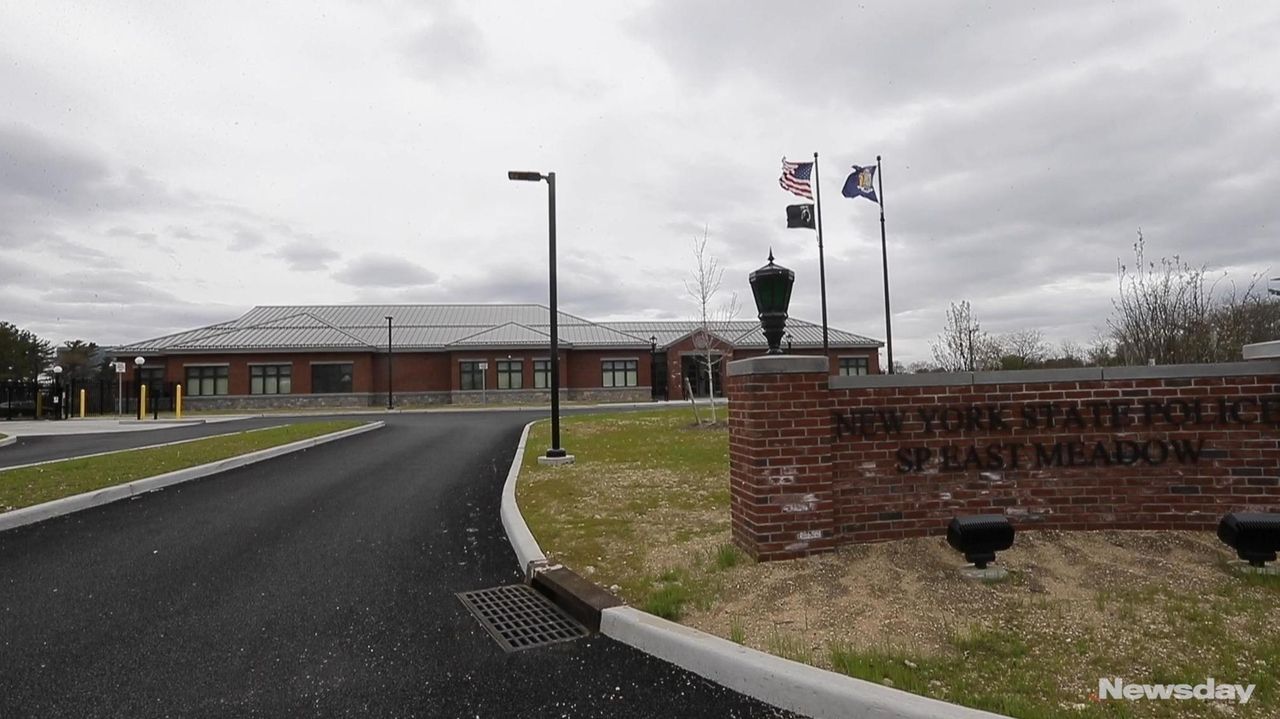 The new State Police barracks on the north side of the Meadowbrook State Parkway, just north of Hempstead Turnpike, has green features: Its geothermal system powers the heating and cooling, and the pavement is porous, so water percolates into the ground instead of flowing into sewers or culverts, a spokesman said.  Construction began in 2016 and the building cost $17.5 million. Credit: Howard Schnapp

Some Long Island “Gray Riders,” as the formerly mounted state troopers are known, have moved to a new barracks in Hempstead from a rundown Valley Stream building.

The new $17.5 million building, on the north side of the Meadowbrook State Parkway just north of Hempstead Turnpike, has green features: Its geothermal system powers the heating and cooling, and the pavement is porous, so water percolates into the ground instead of flowing into sewers or culverts, a spokesman said.

The new building’s energy efficiency also will save money over the long term, he added.

Construction began in 2016. The new barracks also will serve some troopers from the Lake Success site, though that one will stay open, the spokesman said.

The dilapidated Valley Stream building along the Southern State Parkway dates to the construction of the roadway, the spokesman said. It opened in 1927.

Troop L eventually outgrew the barracks, originally attached to the toll booths, that was used “for at least 38 years,” the spokesman said. “The building was too small, contained outdated technology, and its systems had fallen into a state of disrepair.”

The vacated barracks’ fate will be worked out with the state Office of General Services.

Part of Westchester’s unit when the State Police were formed in 1917, Troop L has called the Island home for decades.

Its name became official in 1980 when the duties of the Long Island State Parkway Police were split between the state police and the state park police, according to a state history.

Citing safety and security concerns, the spokesman declined to reveal Troop L’s head count; the state has about 4,900 troopers.

Troop L was the first in the state whose patrol cars had two-way radios, and its officers proved the new technology’s “value” after the 1944 Great Atlantic Hurricane, according to a state history.

The Island’s troopers also investigated the 1951 capsizing of the overloaded Pelican partyboat off Montauk that cost 45 lives — and much more recently, are part of the FBI Long Island Gang Task Force. They also are probing the April 8 charter bus crash on the Southern State Parkway that injured dozens of students returning from a spring break trip to Europe.