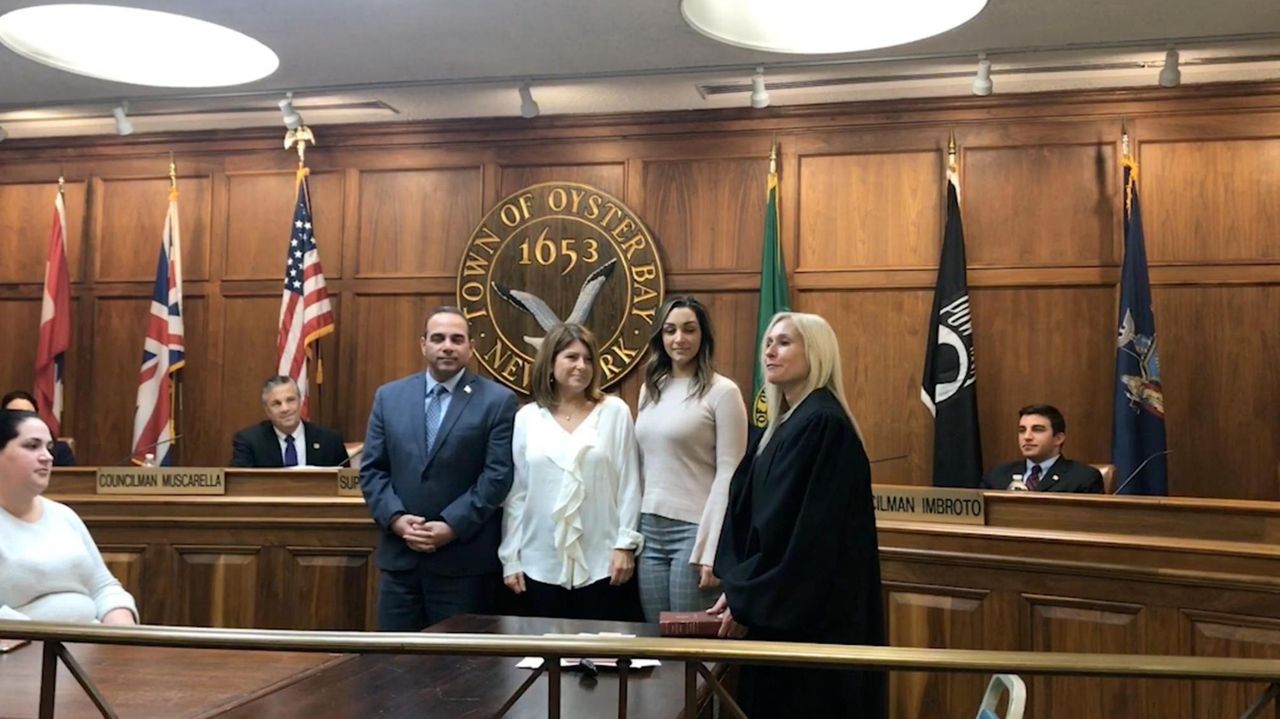 The Oyster Bay Town Board on Tuesday appointed Steven L. Labriola to serve the remainder of the term of Councilwoman Rebecca Alesia, who resigned earlier this month.

Labriola, 56, of Massapequa, has long served in elected and appointed positions in state and local government, including as a state assemblyman and Oyster Bay town clerk. Last week he was designated by the Nassau County Republican committee to run for the seat in November.

“I hope to build a record to equal and match the board members up here who have been working very hard to create the reforms to restore the public trust,” Labriola said in an interview after his appointment.

Town Supervisor Joseph Saladino said Labriola “makes a tremendous addition to our town board and our direction of cutting taxes and putting in place more ethics controls.”

The town board approved the appointment 5-1 with Councilman Anthony Macagnone casting the nay vote.

“I don’t believe it should be filled by us,” Macagnone said in explaining his vote. “I think it should be a special election.”

Seven of the nine people serving in Oyster Bay elective offices were first appointed by the town board.

Saladino, speaking after the meeting, cited state law that permits town boards to fill such vacancies through appointments. Town Clerk James Altadonna Jr., who is challenging Saladino in the November election, said the vacant seat “should have been left open” until the next election.

Labriola has spent his adult life in government, working in Oyster Bay as a Civil Service employee and then representing the Assembly's 12th District from 1997 to 2003. He was Oyster Bay Town Clerk from 2003 to 2013, leaving to join the county comptroller’s office and then serving in former County Executive Edward Mangano’s administration. Labriola lost a race against Jack Schnirman for county comptroller in 2017.

Labriola said he had disagreed with former Supervisor John Venditto on issues like the rebuilding of the Hicksville parking garage but didn’t have a vote as town clerk during those years.

“I thought we should get out of the parking garage business,” Labriola said. “The private sector can do better than us.”

Disagreements among elected officials are part of the process, he said.

“Here’s the way a local government functions: They argue and they fight in the backrooms and they present a unified front to the public,” Labriola said. “I think that inspires confidence in the public that they [elected officials] have come to a consensus.”