Steven McDonald, a former member of the NYPD who was paralyzed during a shooting, marches in the annual New York City St. Patrick's Day Parade on March 17, 2014. Credit: Charles Eckert

The Village of Rockville Centre named a street Monday after late NYPD Det. Steven McDonald, a longtime former resident of the village who died last month, 30 years after he was shot in Central Park.

McDonald suffered an apparent heart attack in January and died in a Manhasset hospital. In 1986, he was shot by a 15-year-old and was left paralyzed from the neck down. McDonald and his family moved from Rockville Centre to Malverne the following year, where his wife, Patricia Ann, now serves as mayor.

McDonald forgave the teenager and remained on the police force until his death. Mourners paid their respects to the family inside St. Agnes Parish Center in Rockville Centre in January.

On Monday, Rockville Centre Mayor Francis X. Murray surprised Patricia Ann McDonald and the couple’s son, Conor, who is now a sergeant in the NYPD, with the blue street sign. 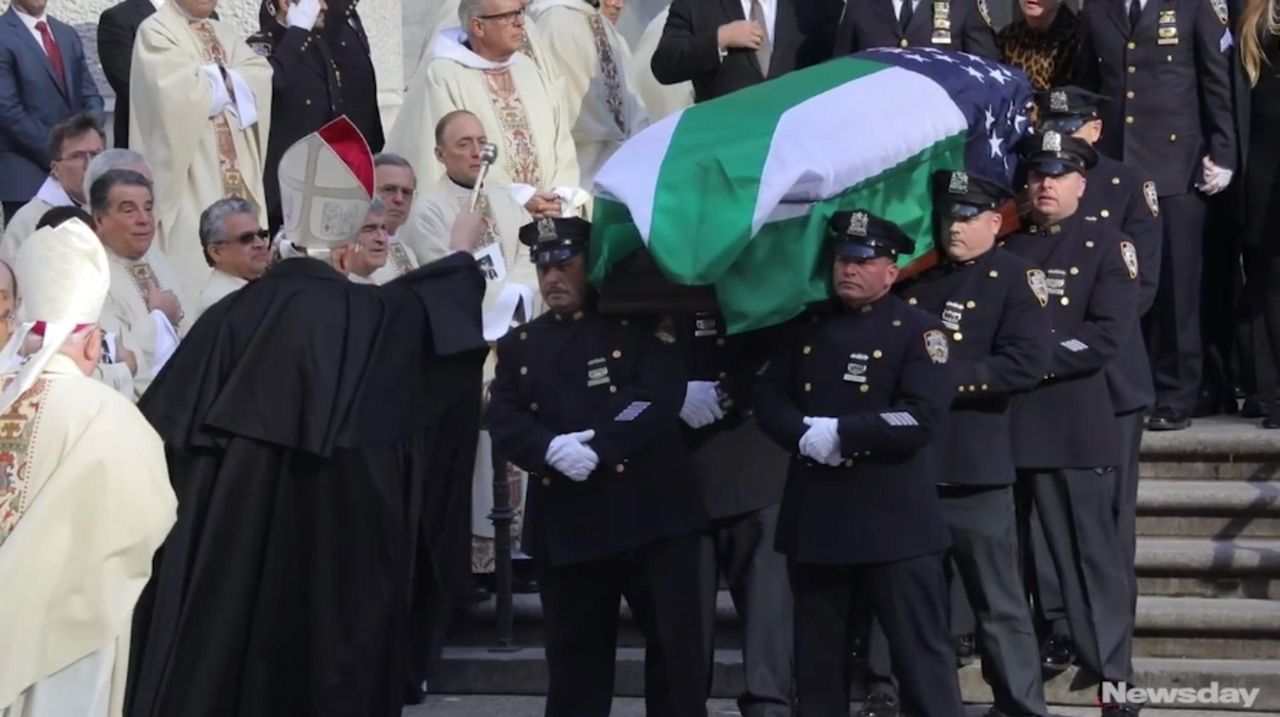 Thousands attend funeral for NYPD Det. Steven McDonald Thousands attended a funeral Mass for NYPD Det. Steven McDonald of Malverne, which was celebrated at St. Patrick's Cathedral in Manhattan on Friday, Jan. 13, 2017. McDonald was paralyzed from the neck down after being shot in the line of duty in 1986. He later returned to work and was promoted to detective.  Credit: Newsday / Jeffrey Basinger

“Det. Steven McDonald Way” will be at the corner of Maple Avenue and Madison Avenue, where the village’s police station is located, Murray said on Wednesday.
McDonald grew up in Rockville Centre, the mayor said.

“We claim – I claim – he never really left,” Murray said. “He shopped here, he went to church here.”

Murray unveiled the street sign during the village’s board of trustees meeting and the St. Agnes choir sang “America the Beautiful” and “God Bless America” as more than a hundred people, including uniformed NYPD officers, watched.

“He was a special man,” Murray said.