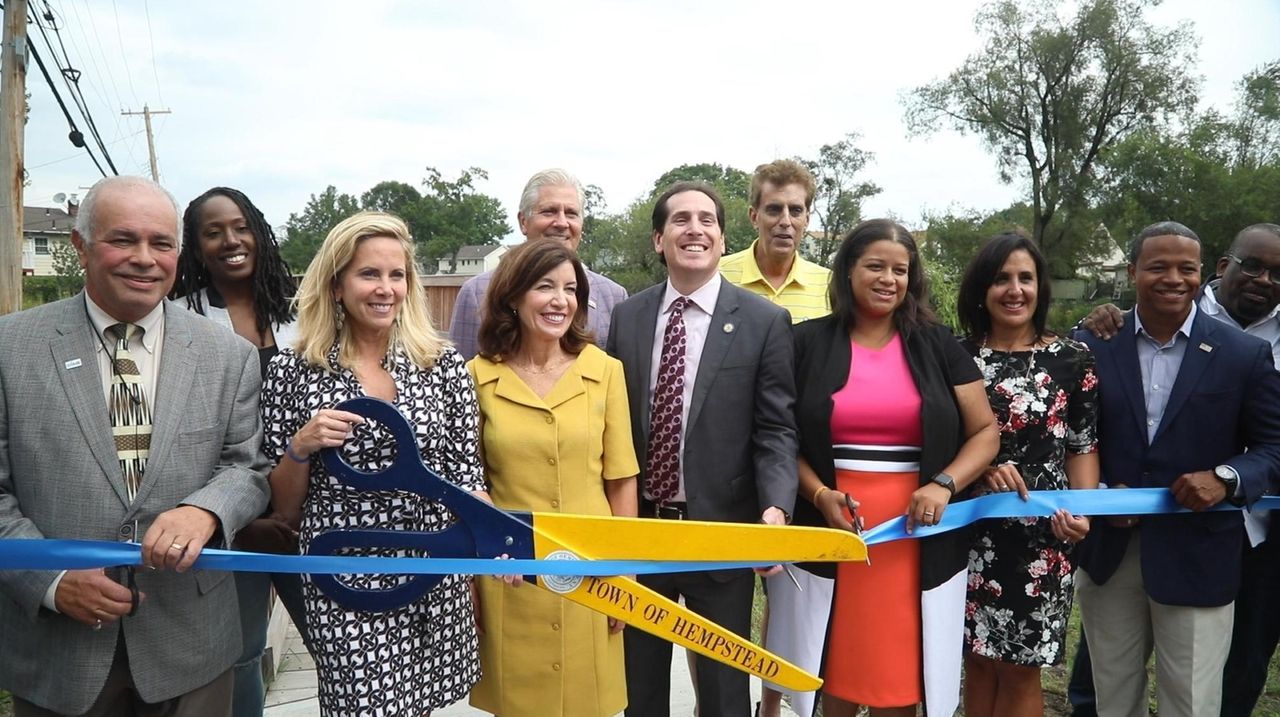 Lt. Gov. Kathy Hochul showed off the state-funded project near homes off Cloverfield Road in Valley Stream, where the town has added vinyl bulkheads and restored wetlands. The project spanning along Hook Creek from Brook Road Park has been underway since March 2018 and was funded through grants by the Governor’s Office of Storm Recovery.

Hochul said Hempstead and state officials are rebuilding to make sure communities on the South Shore like Valley Stream are better prepared for another weather event like Superstorm Sandy.

“You deal with the cataclysmic events like we did coming upon the seventh anniversary of Superstorm Sandy and lot of people think that will never happen again,” Hochul said. “It could happen again, this fall or at any time. When you look at what is happening to our planet and the unprecedented extreme weather, that is now the norm.”

Improvements include bulkheads along Brook Road, tidal wetlands, storm water protections, a pedestrian boardwalk and a kayak launch. The project also includes a pollinator garden and an osprey nest.

“These new improvements will help protect thousands of lives and millions of dollars in property,” Gillen said. “By building stronger and safer, we’re in a better position to protect residents and small businesses from the next major storm surge. We know It’s not a question of if, but when.”

Town workers replaced the existing wooden bulkhead that lines the creek bank with vinyl bulkheads, which have a life span of about 20 years. Crews raised the banks around Jamaica Bay by 7 feet to protect homes and businesses from storm surges and flooding.

The Valley Stream project was part of $60 million in state funding for storm projects in the town after Sandy.

“People look around and justifiably wonder if they were any safer than they were back in 2012,” Kaminsky said. “For the residents of this area. The answer is undeniably yes.”