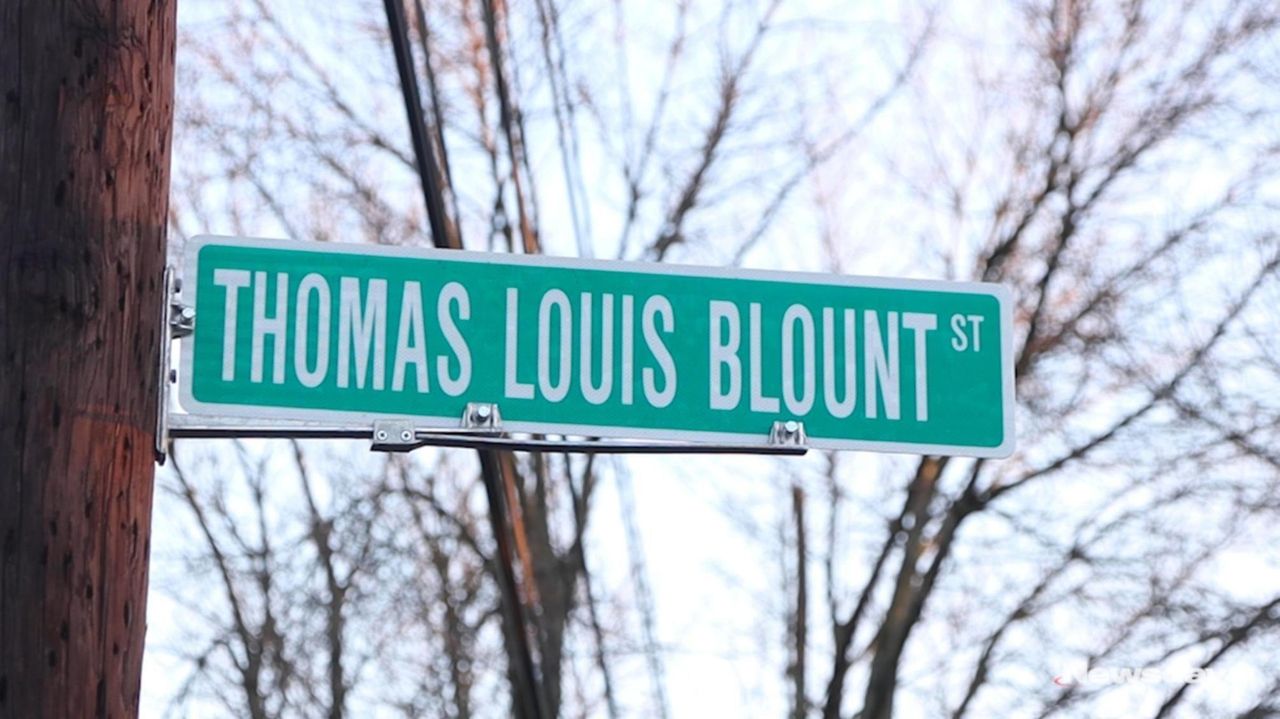 A Freeport street was named in honor of longtime resident Thomas Blount, a decorated veteran who died in 2013. His family watched as the street sign bearing Blount’s name was unveiled. Newsday's Cecilia Dowd has the stroy.  Credit: Howard Schnapp; Photo Credit: Blount family

Thomas Blount, a U.S. Air Force veteran, civil rights activist and Freeport resident, will forever be remembered on the street where he'd owned a home since 1969.

Family and friends gathered Friday to dedicate a portion of East Dean Street to Blount, who died in 2013 at age 80.

"We were at the veteran’s hall and it was weird because a man came up to him and thanked him for saving his life," said Yvonne Blount, 56, recalling that her father held a finger to his lips at the time. "But I noticed my father gave him a stern look that only they understood and he said no more."

Blount enlisted in 1951, served in the Korean War and was honorably discharged in 1956. He moved to Freeport from Anniston, Alabama, in 1969.

His civil rights activity included working with the Rev. Al Sharpton's National Action Network and being involved in several marches in the village, his daughter said.

Her dad had told her to get involved and march, his daughter recalled, which she did in Georgia while she was in college. It was the first time she'd had bottles thrown at her, she said.

"My father was proud that I marched and he told me ‘You’re doing what you have to do because we are all Americans and we all should be treated equally,’ " she said.

Alanna Troy, Jaidan's mother and Blount’s granddaughter, said she had reservations as both a mom and a minority about her daughter getting involved in the military. This despite Blount having had sons who served in the U.S. Army and the Marines.

"But it was important to my daughter that she continue the legacy because that’s what it’s about at the end of the day, the legacy," said Troy, 32.

2:38
What will summer look like on Long Island? Here's a preview.
Woman killed in house fire, police say
NY health officials: Students can be 3 feet apart in classrooms
Brown: One toke over the (town) line
Police: School put on lockdown after threat
5:09
NY seeks to suspend or revoke licenses of 18 LI real estate agents cited in Newsday investigation
Didn’t find what you were looking for?