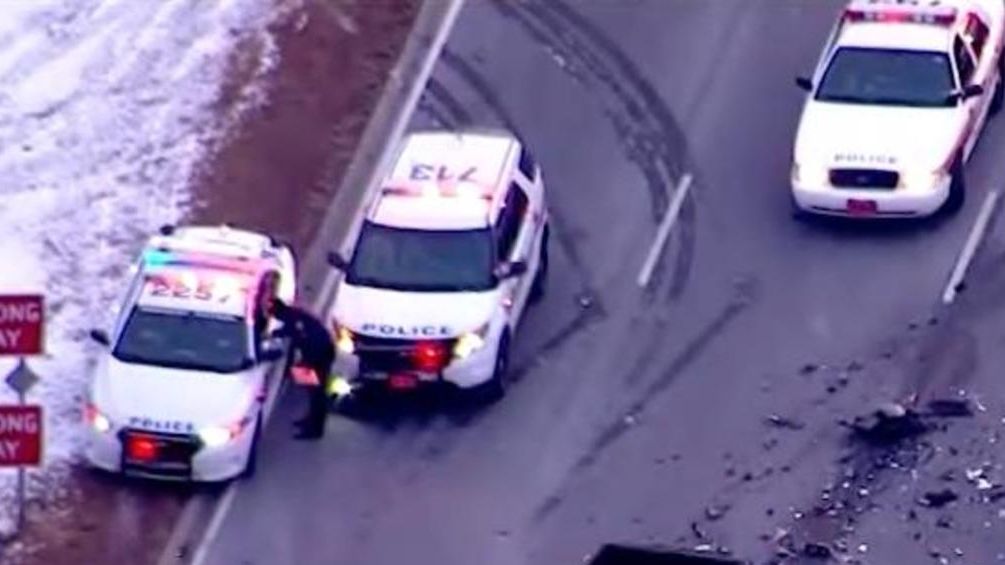 A Nassau County police officer escaped major injuries when his vehicle was rear-ended by a pickup truck while he was assisting a disabled driver Friday morning on Sunrise Highway in Seaford, police said.

The officer, a 46-year-old man, suffered a cut over his right eye, injuries to his legs and was slammed into the steering wheel of his patrol car, said acting Nassau County Police Commissioner Patrick Ryder.

The 23-year veteran of the department, who was stationed at the Seventh Precinct, was taken to Nassau University Medical Center where he was treated for his injuries.

“His first comments to me in the hospital were, ‘Sir, I’m being deployed in two weeks,’ ” Ryder said. “That is a credit to the type of officers we hire in this county.”

The crash was reported about 6 a.m. at the Seaford-Oyster Bay Expressway, and the westbound Sunrise was closed for more than two hours as a result.

The officer had pulled over to help the driver of a 2001 Toyota Sequoia after the car’s axle broke, Ryder said.

The officer was sitting in his vehicle at the time of the accident, Ryder said.

“When we stop it’s the most dangerous thing that we have that we do out there,” Ryder said. “That officer stopped to assist that motorist.”

The officer underwent a battery of tests that show no major injuries, officials said.

“He is an outstanding police officer with great activity,” Ryder said, “and hopefully his recovery will be quick.”