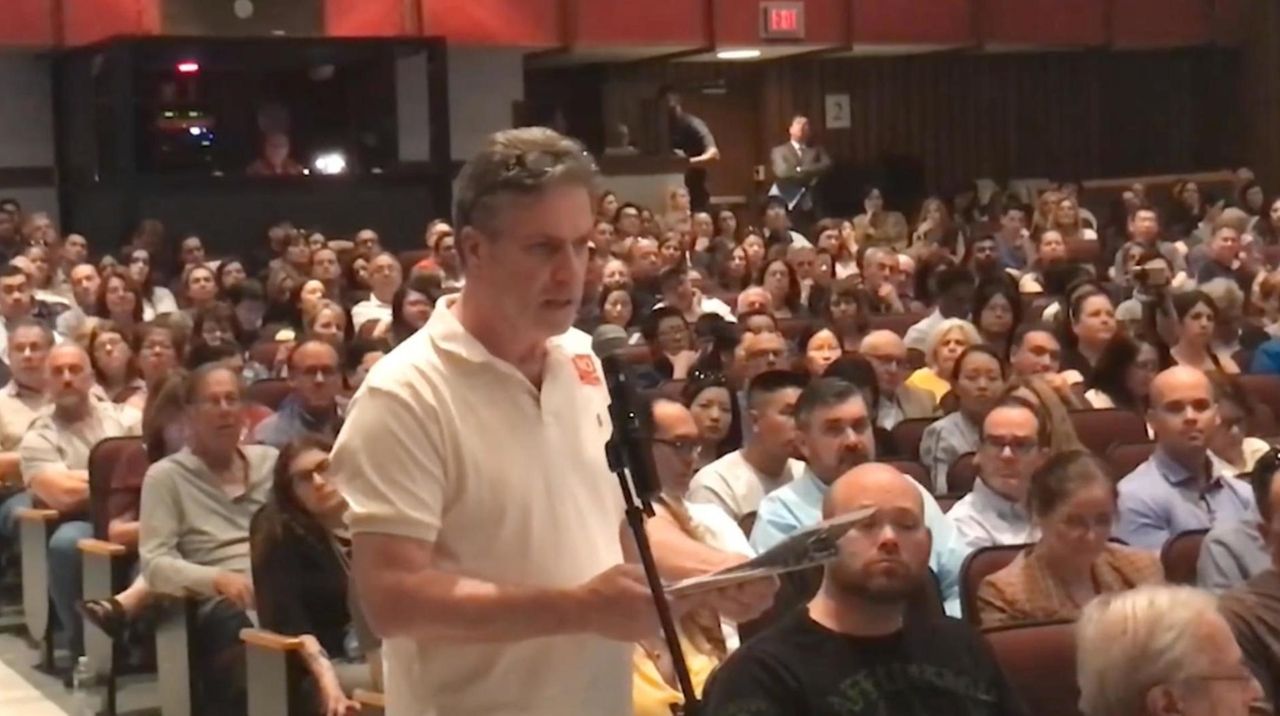 Opponents of the proposed Syosset Park development assailed it as environmentally risky at a packed public hearing Tuesday night, while supporters said its housing and park plans will improve acres of contaminated land that has remained vacant for decades.

About 700 people jammed the Syosset High School auditorium and a nearby overflow room for a sometimes rambunctious 6-hour Town of Oyster Bay hearing on the draft environmental-impact statement by developer, Syosset Park Development LLC.

The developer — made up of Indianapolis-based Simon Property Group and Manhasset-based Castagna Realty Co. — plans to build 625 town houses and condominiums, two hotels, a 30-acre park, stores, offices and restaurants on the site of the former Cerro Wire plant, currently a town landfill and public works complex.

Cerro Wire and the landfill — both former Superfund sites — were partially cleaned up in the 1990s. The landfill was capped and is monitored regularly, the U.S. Environmental Protection Agency said in a statement Tuesday. The Cerro Wire site will be further remediated because of stricter standards adopted in 2006, the state Department of Environmental Conservation said Tuesday.

Danfei Huang, 37, said she was worried by the noise and pollution that construction would generate at South Grove Elementary School, which her 6-year-old daughter attends and is next to the site.

“There’s no guarantee you can give me to make me feel safe to send my daughter to South Grove School while the construction is going on,” she said to loud applause.

“What happens if we have to start redistricting our whole community and taking kids out of school because we can’t fit them in South Grove or Robbins Lane?” Woodbury resident Glenn Vogelman, 38, asked, referring to the Syosset schools.

“We as residents would have to pay the bill,” Xu said.

Robin Grossman, 54, of Jericho, who helped defeat a previous proposal for a mall at the site, said she wants about 20 percent fewer housing units than proposed. Grossman said she backed the general outline of the proposal, saying it would replace “barren and unsightly” land and is better than other options.

Kyle Strober, executive director of Association for a Better Long Island, said Syosset Park’s mixed-use design would “help attract and maintain a young professional workforce that is vital to our economic future.”

Walkable communities are “where the next generation wants to live,” he said.

Public hearing set on project at Cerro Wire siteThe Oyster Bay Town Board has declared that the draft environmental impact statement of the ... Developers unveil drawings of Syosset projectThe developer of the planned 92.8-acre Syosset Park recently unveiled renderings of the mixed-use project, ...