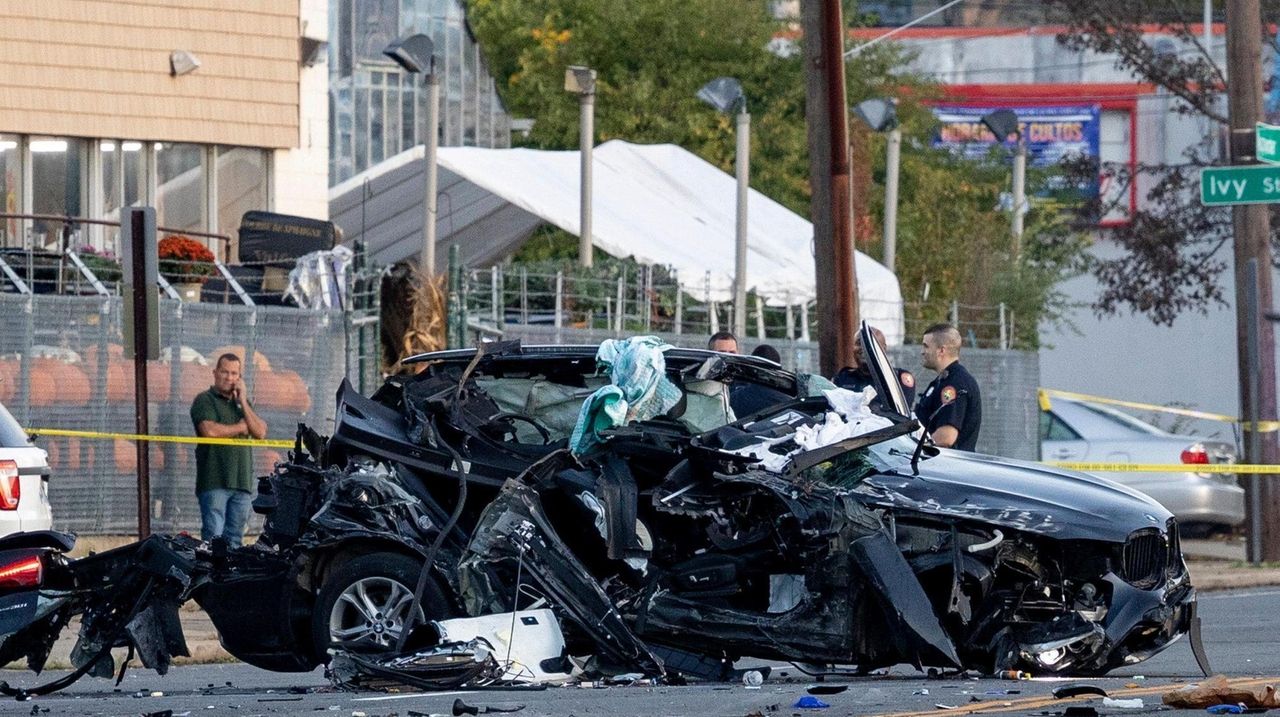 Two teenage passengers in a BMW SUV were killed early Thursday in West Hempstead when the vehicle crashed into a parked nursery truck, Nassau police said.

"We think speed is a factor in this accident. We are still continuing to investigate, but right now, there's no criminal charges," Det. Lt. Stephen Fitzpatrick, who leads the Nassau County police department's homicide squad, told reporters Thursday.

Fitzpatrick stood in front of the black SUV, which had a crumpled front end and was being loaded onto a tow truck.

The driver, an 18-year-old woman, had been headed north on Westminster Road about 1 a.m. when she crashed into the truck near Fairlawn Avenue, police said.

Referring to the BMW, Fitzpatrick said: "This vehicle left the road [and] struck a parked nursery truck, causing the vehicle to spin, turn over several times, ejecting two passengers."

The passengers, a 17-year-old girl and a 19-year-old man, were pronounced dead at the scene, police said.

The SUV's driver was taken to a hospital in stable condition, police said.

The identities of the three teenagers in the BMW and the driver of the truck were not immediately released. No additional information was provided.

Friends of those in the BMW gathered near the site of the crash Thursday.

Joseph Ainsworth, who said he is the pastor of the church attended by the 19-year-old, called him "one of our favorite young men of the church" and "very easy going."

"We're praying for the family at this difficult time," Ainsworth said.

With Steve Langford and Keldy Ortiz

The teens killed in a West Hempstead crash Thursday morning were passengers in a BMW SUV. The information was incorrect in a previous version of this story.

Police ID two teens killed in West Hempstead crashAmanda Arguinzoni, 17, of West Hempstead, and Curtis Caesar, 19, of Hollis, Queens, were killed, police said, when the vehicle they were in crashed into a parked nursery truck early Thursday.