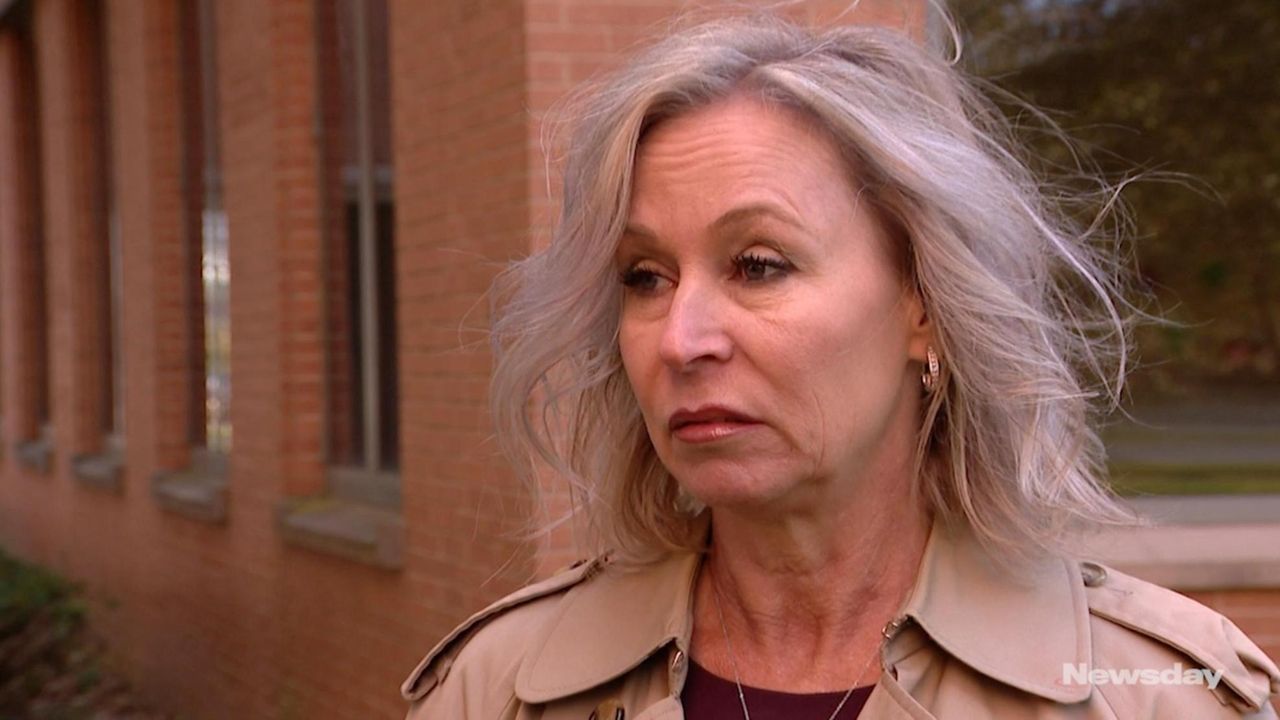 On Wednesday, Helma Hermans, a co-worker of Marie Kuhnla - the Wantagh woman believed to have been murdered in Turks and Caicos - discussed events on the night of  the public defender's disappearance.  Credit: News 12 Long Island

The Long Island public defender whose death at a West Indies resort is being investigated as a murder was a fierce advocate for her sometimes downtrodden clients, a former co-worker said in an interview with News 12 Long Island on Wednesday.

The body of Marie Kuhnla, 62, of Wantagh, was found Oct. 16 in some bushes near the Turks and Caicos resort after being reported missing the day before, according to a statement posted on the local police department's Facebook page Monday night, which also noted police had a launched a murder investigation.

Helma Hermans, Kuhnla's friend and co-worker at the Central Islip Courthouse, said the pair and several other women from work took the Club Med vacation as a "girls getaway."

The nature of Kuhnla's job — a Family Court public defender with the Suffolk County Legal Aid Society — is stressful and she reveled in the time off, Hermans said.

“Marie was so looking forward to it,” Hermans said. “She just needed a break … and she was having a blast.”

Despite the challenges associated with defending those who otherwise might not be able afford an attorney, including representing sometimes uncooperative clients who would yell at her, Kuhnla never stopped caring or believing in them, Hermans said.

"She was the gentlest soul you’d ever meet,” Hermans told News 12. “She always gave people the benefit of the doubt.”

Hermans said Kuhnla dealt with clients on difficult cases including drugs and children being removed from their homes but always kept her cool.

“I’ve seen her with clients screaming at her," Hermans said, "and she would just pat them and say ‘oh we’re going to fix this.' ”

The group flew down to the resort Oct. 10. Kuhnla snorkeled and did dance exercises in the hotel pool. The night she disappeared, Hermans said,  the group was going to meet at 7:30 p.m. for their regular dinner together.

“Marie said she was going to take a nap,” Hermans said. “That was around 6 o’clock. That’s the last I saw her.”

Another member of the group saw Kuhnla about an hour later but she didn’t show up for dinner, Hermans said. Kuhnla's friends were concerned because it was out of character for her to disappear without a word. So they started looking for her.

“The next morning it was clear she had never spent the night in the room,” Hermans said, adding that another person in the group later found Kuhnla's body near the resort's tennis court.

Turks and Caicos police said in a news release that her body was found on Oct. 16. Calls to police in Turks and Caicos on Wednesday were referred to a public information officer who did not respond to a request for comment. News 12 reported that a family member was told by police that Kuhnla was strangled.

“The person who did this needs to be punished,” Hermans said. “This is a horrible way to die.”

LI lawyer slain in Caribbean, police and officials sayMarie Kuhnla was reported missing in Turks and Caicos on Oct. 15, the local police department said on its Facebook page. Her body was found in the bushes near the Club Med resort the following morning before she was pronounced dead, according to police.