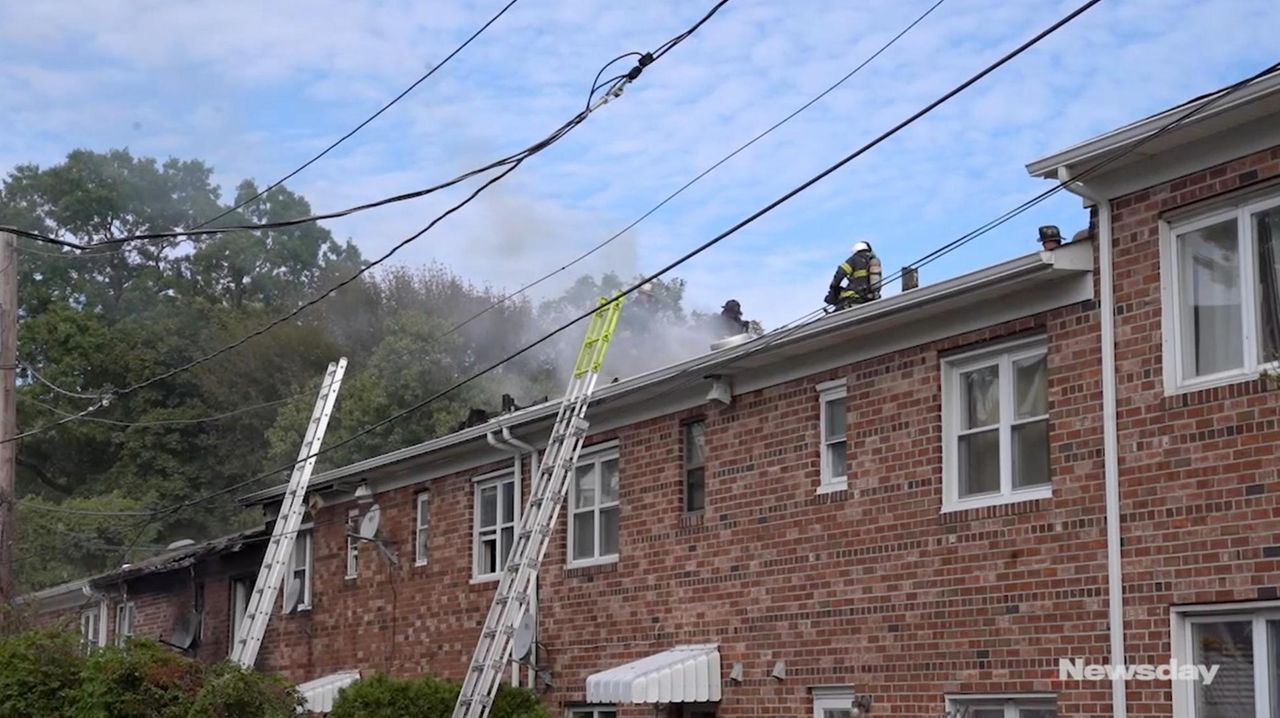 The Valley Stream Fire Department responded to a multiple-alarm fire at a condominium complex at 420 North Corona Ave. on Monday. Credit: Jim Staubitser

The 10:13 a.m. blaze occurred on N. Corona Avenue, Nassau police said, but no injuries were reported.

At least six adults and one child were displaced from their units, according to local Red Cross officials.

“Four units were affected with severe damage,” said Michael de Vulpillieres, a spokesman for the American Red Cross on Long Island, who added that the charity provided emergency housing and financial assistance as well as personal hygiene products to accommodate the victims for a few days in alternative lodging.

Police said there was no criminality suspected in the fire.