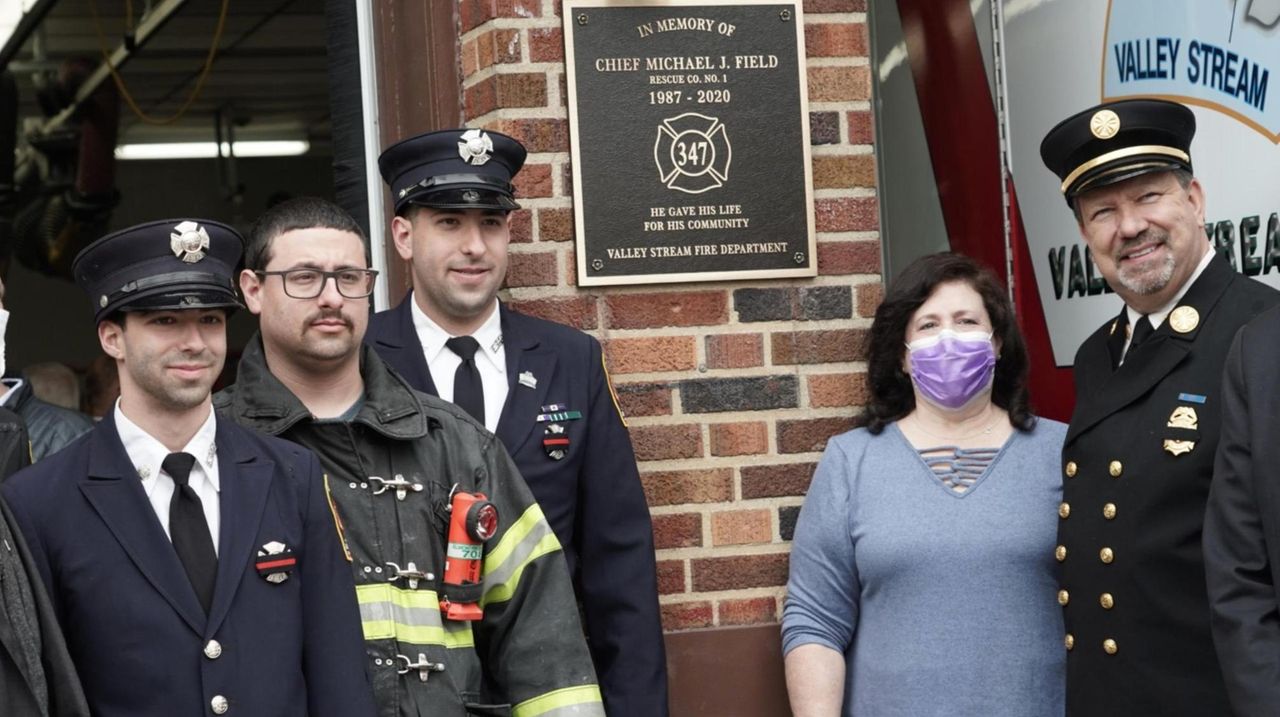 The Valley Stream Fire Department on Sunday dedicated an ambulance to volunteer firefighter and EMT Michael Field, who died a year ago of COVID-19 after contracting the virus on his last service call, officials said.

The fire department dedicated ambulance 349 — the last one Field rode in — to the colleague described as a "true friend" who could light up a room and who inspired his sons to follow in his footsteps into the fire service, friends said Sunday.

"To know Mike was to love Mike," Capt. Tracey Calhoun said at the firehouse Sunday. "As we dedicate ambulance 349 to Mike today, know that his legacy lives on and he’ll never be forgotten."

Field, a 59-year-old husband and father of three, died on April 8, 2020, two weeks after responding to a call to transport a COVID-19 patient to the hospital, officials said.

Fire Chief Eugene O'Brien said it "was very fitting this ambulance will be dedicated to him, and we will remember him every time we get in it."

While volunteering in Valley Stream, Field spent 15 years as a New York City Fire Department EMT and responded to the Sept. 11 terrorist attacks. He retired from the FDNY in 2002 and worked in the signs division of the Valley Stream Highway Department.

Family and friends, including Valley Stream Mayor Edwin Fare, acknowledged Sunday’s ceremony would not have been Field’s "style" since he did not want recognition or awards. So they agreed to tell jokes and funny stories and eat food in his memory.

"Today is a really great honor for him. He was so dedicated to the ambulance and EMS and community," said Field's wife of 26 years, Stacey. "I know he's not happy because he wasn’t one for being awarded, but this would probably be more special than anything else."

"It was a passion for him," Stacey said of the fire department.

A plaque honoring Field’s memory and service has been placed in front of the firehouse, Calhoun said.

With Raychel Brightman and Steve Langford