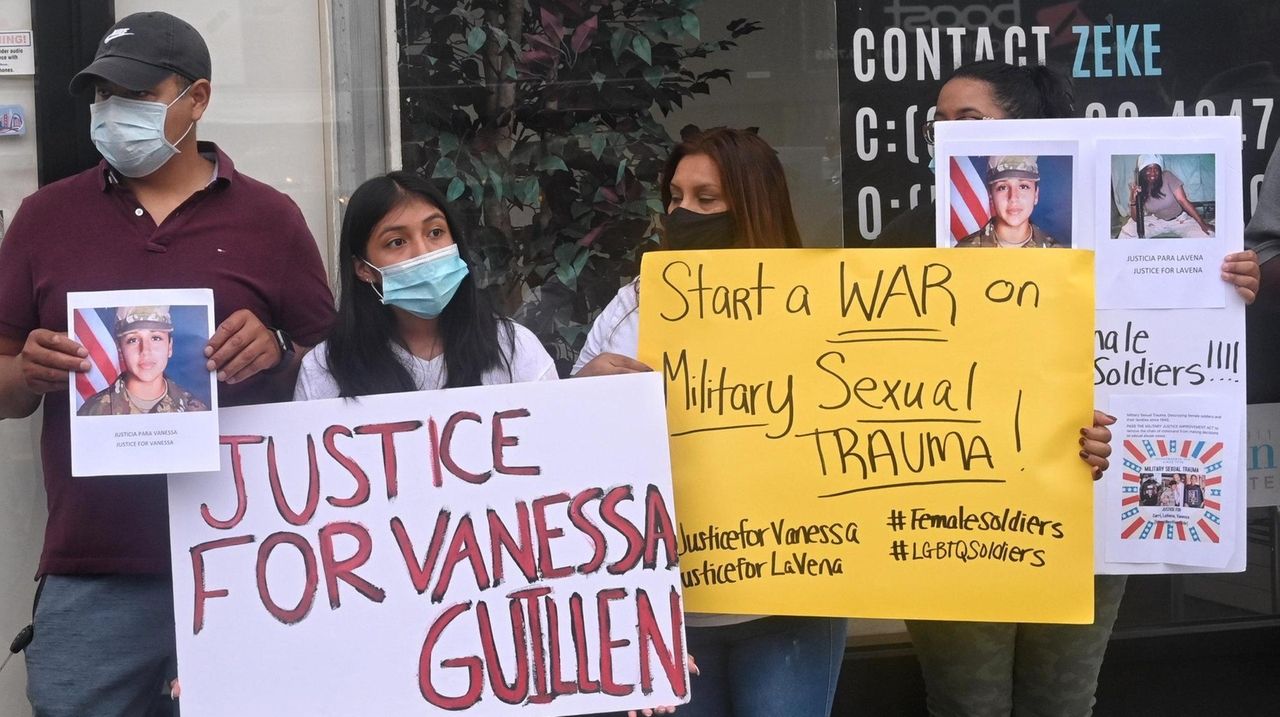 Protesters gathered in Hempstead Tuesday night and demanded an independent congressional investigation into the disappearance and killing of a soldier in Texas.

The dozen demonstrators chanted “justice for Vanessa” in front of the Armed Forces Career Center on Fulton Avenue, in support of Vanessa Guillen, 20.

The Mexican American Houston native went missing in April from the Fort Hood Army base in Texas. Human remains were found June 30 near the Leon River in Bell County, Texas. The remains were identified as Guillen Sunday night, authorities said.

Federal and military investigators said she was killed and dismembered by another soldier who took his life last week.

They are calling for Congress to probe the circumstances leading to her killing and disappearance along with the subsequent military investigation. Canales’ group also wants congressional legislation passed to protect service members like Guillen from what they say is systemic violence against women and disenfranchised groups in the U.S. military.

“Vanessa was not protected. This should have never happened to her,” Canales said. “We feel the leadership in the military failed to protect her and they need to be held accountable for not providing enough support to victims of harassment.”

“We are demanding justice for Vanessa so that the parties involved are held responsible, including the military,” Ayala said. “Sexual harassment and sexual assault is underreported in the military. And that’s an issue that affects a lot of women in the community, people of color, and soldiers who are LBGTQ.”

Guillen’s family has alleged she was the victim of sexual harassment by the man suspected of killing her.

Army officials have stated there is no evidence connecting sexual harassment to Guillen’s disappearance and death.

Dozens of members of Congress, including Rep. Sylvia Garcia of Texas, are calling for an independent investigation by the U.S. Department of Defense into how military officials and investigators conducted their search for Guillen.

Canales, who said he is an active participant in the Black Lives Matter movement, wanted it known Tuesday that societal injustices often also affect members of the Latino community.

“We have always highlighted the fact, people of color, Latinos, also are affected by police brutality, and the system, a racist system, that excludes and doesn’t provide equal justice for all,” he said.