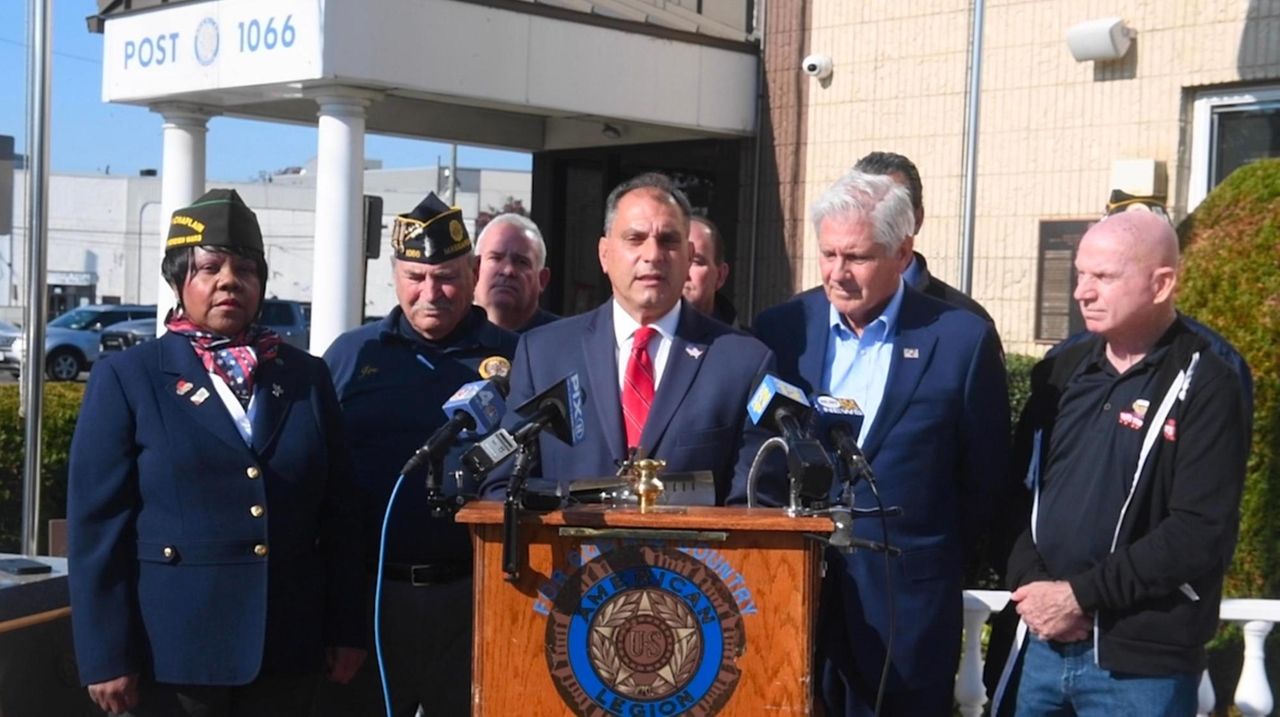 Oyster Bay and Hempstead town officials joined veterans Wednesday in calling for assistance from the public and federal government for VFWs and American Legion posts that have been hit financially due to the COVID-19 pandemic.

"Throughout the region, there are many VFW posts and American Legion posts that are struggling and they’re struggling because of a lot of different things," Blakeman, who has declared victory over Laura Curran in the Nassau county executive race, said outside the American Legion Post 1066 on Veterans Boulevard in Massapequa. "One of them is the coronavirus has been a huge problem because people haven’t been able to come and congregate."

Since the pandemic in 2020 caused venues including VFWs and American Legions to shut down on Long Island, Saladino said "these institutions have been threatened with closure."

"Here in the town of Oyster Bay as well as the town of Hempstead we all believe that we have a moral obligation to do everything we can to repay the debt that we owe these true American heroes," Saladino said. "We owe them everything."

Many American Legion and VFW posts run because of volunteers, so they could not apply for money from the Paycheck Protection Program, a federal program that has given money to businesses and nonprofits to continue giving employees’ salaries even as operations slowed.

Lacy said the buildings "need to upgrade and have things that are utmost for our young veterans to want and come and share our wealth with us" such as technology.

She estimates that 20 to 30 VFWs and American Legions have closed in Suffolk County, and the number is about the same in Nassau.

Blakeman, who said his parents are World War II veterans and has a stepson serving in the U.S. Marine Corps, said the public can help.

"We’re here to say please if you got a small party and are looking for a great venue, look for your local VFW or American Legion post and book a party there," he said. "You’re not only getting a great venue but you’ll be doing something patriotic and something to support our veterans."

Correction: The officials spoke outside American Legion Post 1066. An earlier version of this story had the wrong number.