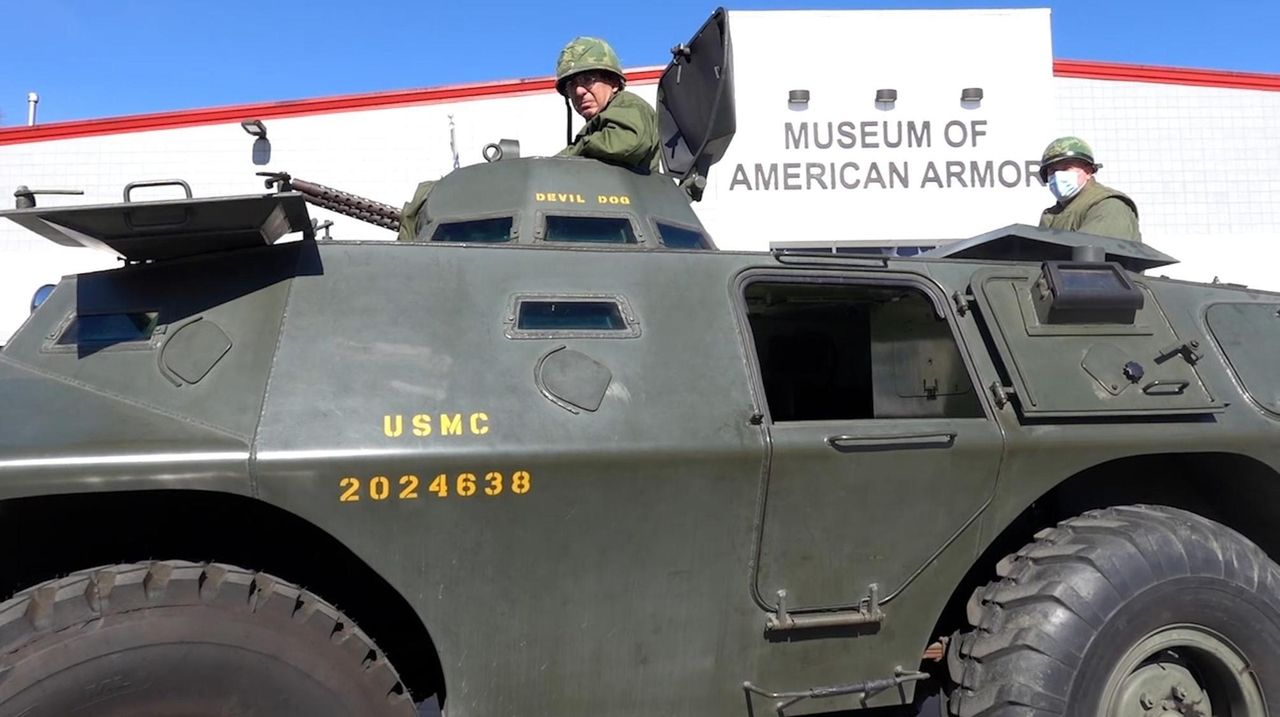 Long Island lawmakers and veterans on Wednesday gathered at the Museum of American Armor in Old Bethpage to recognize the 53rd anniversary of the end of the Tet Offensive, a coordinated series of North Vietnamese attacks on more than 100 cities and outposts in South Vietnam. Credit: Debbie Egan-Chin

More than five decades later, the horrific memories from the Vietnam War's Tet Offensive come rushing back to Bob Selby of Oyster Bay as if they were yesterday.

The brazen 11 p.m. attack on his fire support base by the Viet Cong.

The frightening announcement from U.S. leadership to head underground as they prepared to drop napalm on the enemy to repel their attacks.

The ferocious counterassault by American soldiers to gain control of the base.

The dead enemy soldiers, stacked on top of one another, in gruesome condition.

"I relive it every day because these things stay fresh in your mind," said Selby, 72, who served in the U.S. Army's 1st Infantry Division. "You lose sleep. You could be driving in your car and you have a memory of that happening. Sometimes it's the smell of diesel fuel, which is similar to the smell of napalm, that will get to you. It's a way of life."

On Wednesday, Long Island lawmakers and veterans gathered at the Museum of American Armor in Old Bethpage to recognize the 53rd anniversary of the end of the Tet Offensive, a coordinated series of North Vietnamese attacks on more than 100 cities and outposts in South Vietnam in January and February 1968.

While Tet is remembered as an operational defeat for the North Vietnamese — an estimated 50,000 communist troops died in the weekslong fight — the stunning images from the massive offensive shocked Americans, eroding support for the conflict and serving as the beginning of the gradual end of America's engagement in the war.

Former Rep. Peter King, who sits on the museum's board, described Tet as a metaphor for the entire Vietnam War.

"That was one of the worst military defeats that was ever imposed on an enemy," King said. "The United States scored an overwhelming victory in the Tet Offensive, but the media coverage of that turned the American people against the war. Even Walter Cronkite went over there and said, 'we can't win this.'"

"We must come together as Americans," Saladino said. "And the easiest way to do that is to think of the sacrifice of our veterans."

George Swantek of Copiague, who served in the 101st Airborne during Vietnam, fondly recalled his service and said he would do it all again.

"Our job, as an infantryman, was to hunt out the enemy and put a whooping on them every chance we got," Swantek said.

Wednesday's ceremony also served as an opportunity to remember the 3,470 allied soldiers who died in the Tet Offensive — one-third of them Americans — along with the nearly 58,000 members of the U.S. armed forces who died or went missing during the decadelong war.

Bob Inslee of Massapequa Park held photos of his brother, Sgt. Raymond Inslee, who was killed in Vietnam on March 29, 1970. He was just 19 years old.

"When the enemy took him, it also killed my family," Bob Inslee said through tears. "My family never recovered from this. I watched them slowly die."

CORRECTION: A previous version of this story incorrectly described the source of napalm used during the Tet Offensive.