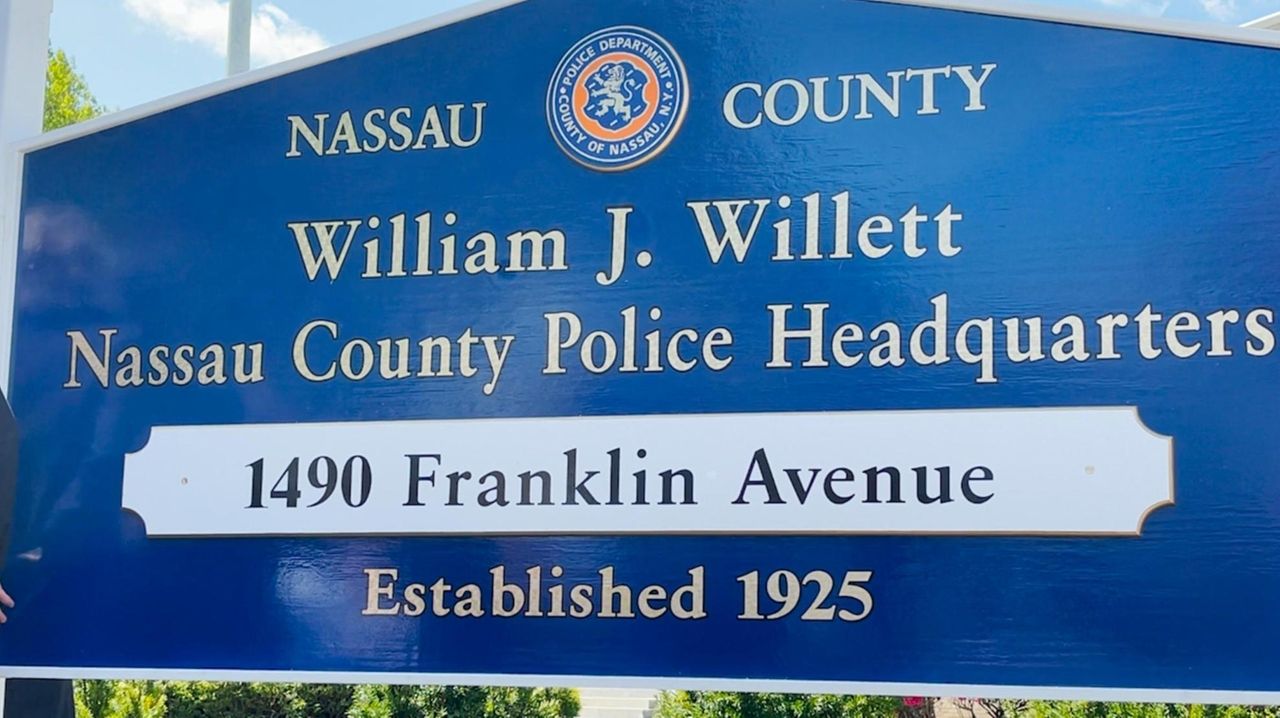 For nearly 50 years, William Willett — who rose through the ranks to become Nassau County's first Black police commissioner — would wake up each work day promptly at 5:30 a.m., and put on his freshly-pressed uniform and immaculately shined shoes.

A former Navy officer with an affinity for order and discipline, Willett knew the importance of setting an example for his children, his officers and the residents of Nassau.

On Tuesday, nearly two decades after his death — and just a week after what would have been his 90th birthday — the department's base of operations in Mineola was renamed the William J. Willett Nassau County Police Headquarters.

"Dad was a man's man," said Willett's youngest son, Daniel, at a renaming ceremony only steps from a sign at police headquarters that now bears his father's name. "He was conservative in his ways but tough as nails. He never wavered in how he went about his business."

Willett, who was born in Glen Cove and lived in Westbury, served four years in the Navy during the Korean War and returned home to join the Nassau police department.

"His father and his friends said, 'Forget about it. Don't do it,' " said Nassau County Executive Laura Curran. "At that time the department already had its quota of people of color. But William J. Willett was determined."

Willett joined the force in 1953 as a beat cop patrolling Garden City Park. At the time, he was one of just 16 Black officers.

But Willett would climb the ranks through hard work and dedication, along the way earning a slew of firsts — the department's first Black patrol supervisor, precinct commander, inspector and police commissioner. He held the commissioner post from 2000 through his retirement in 2002. Willett died later that year after a short battle with lung cancer.

Nassau Legislature Presiding Officer Richard Nicolello (R-New Hyde Park) said he considered his vote to confirm Willett as police commissioner as among the best of his career. County lawmakers unanimously approved legislation in September renaming police headquarters in Willett's honor. It is Nassau's first government building to be named after a Black person.

"He just exuded dignity and was a natural leader," Nicolello said. "He took a difficult path with character, strength and leadership and was a role model for all of us."

Tuesday's renaming was filled with police pageantry, from the Nassau Police Emerald Society Pipe Band to a helicopter flyover.

Police Commissioner Patrick Ryder awarded a detective shield — the only rank Willett aspired to, but never achieved — to his widow, Floretta. Ryder also retired Willett's shield number — 1029 — so it can never be worn by another county police officer.

"This is a testament to the sacrifice and dedication that he put forward in the county of Nassau," Floretta Willett said.

William Willett, who spent much of his 48-year career in the Community Relations Bureau, came through the department during a time when Black police officers were not always welcome, Ryder said.

"We welcome all to this police department today," he said. "And it is because of the trailblazer of Bill Willett."

Willett's son, Blake, a retired Metropolitan Transportation Authority detective, implored members of the department to remember his father's example and help bring people together during a time of strained relations between the Black community and law enforcement.

"My father tried to show, through his work, that he was going to make a difference in the community and in the people that he worked for," Blake Willets said. "If you really believe in who he was and what he was trying to accomplish, with all the adversity, it is now your turn … It is time to make things better for everyone."