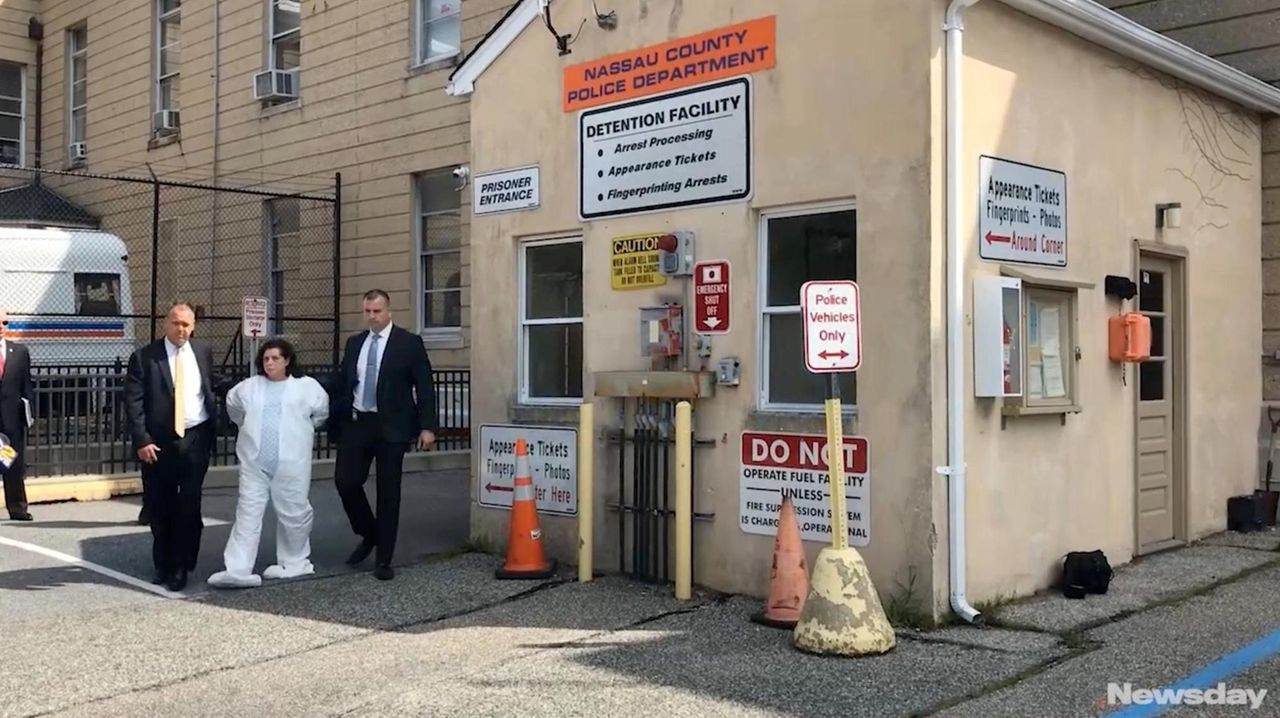 A Great Neck woman whose attorney said has a history of mental illness told an acquaintance on Monday afternoon she wanted to "rid the house of evil" before fatally stabbing a visitor from England following lunch with friends, Nassau County police said Tuesday.

The alleged attacker, Faye Doomchin, 66, met the female victim, 60, for the first time Monday, when a mutual male friend from Queens introduced them, Det. Lt. Stephen Fitzpatrick of the Nassau County Homicide Squad said. The trio, along with another member of the man's family, went out to lunch and returned to Doomchin's home on North Road in Great Neck for coffee and cake and some piano-playing in the living room.

Suddenly Doomchin "had this aggressive feeling" toward the victim, who has not been named pending notification of her family, police said.

"Some time during while they were sitting in the living room, they were talking and [Doomchin] made statements that she did not like the woman from England. She claimed she needed to rid the house of evil. She then appeared from the kitchen with a kitchen knife, walked right over to her and stabbed her in the chest," Fitzpatrick said at a news conference at Nassau police headquarters on Tuesday morning. "We have nothing to indicate anything that would have sparked this incident."

The man called 911 and the victim, who had arrived in the United States last week for a three-week visit, was rushed to a hospital, where she was pronounced dead at 6:15 p.m. Monday, he said. No one else was injured.

In 1999, Doomchin was arrested and charged with stabbing a woman twice in the back with an 8-inch kitchen knife in Great Neck, court records show. She was charged with second-degree assault and fourth-degree criminal possession of a weapon. In 2001, she entered a plea of not responsible by reason of mental disease or defect, and she was under mental health supervision until 2014, according to court records.

Doomchin, wearing a white jumpsuit, was arraigned in First District Court in Hempstead later Tuesday on a charge of second-degree murder. Judge William Hohauser denied a bail request made by attorney Seth Zuckerman of Manhattan.

Zuckerman, standing in for Doomchin's attorney, Robert Gottlieb of Manhattan, requested a medical exam for the Great Neck woman and called her a “long-standing member of the community” when he asked for “reasonable bail” during the arraignment. Zuckerman entered a not-guilty plea on behalf of Doomchin, who did not speak during the court appearance. Two men left the courthouse with Zuckerman but would not speak to reporters.

Gottlieb, unable to be in court on Tuesday because of a scheduling conflict, said in a phone interview that his client has suffered from mental illness.

“There are no words to describe how tragic this case is,” he said. “We are undertaking our own investigation to determine what actually happened and, most important, why it happened.”

Doomchin lives with her husband and daughter, 22, in the Great Neck home on the border of Kings Point, Fitzpatrick said. Doomchin's neighbors said they rarely saw the family and barely knew they lived in the brick, two-story corner house. No one answered the door at Doomchin's home on Tuesday morning.

Rabbi Joseph Geisinsky of the Chabad of Great Neck said in a phone interview that Doomchin attended services there for about two to three years until she stopped coming about two years ago for health reasons.

He said she often hosted parties and holiday celebrations, inviting members of the Chabad center who didn’t have family members nearby, and cooked for the community.

While she was not officially a member of the Chabad, he said she would “come from time to time to pray” with her husband and daughter.

“She was always a very welcoming person, kind. We are all shocked and we don’t understand,” Geisinsky said, adding that he is in contact with her relatives. “We are praying for her and her family.”

With Ellen Yan and William Murphy